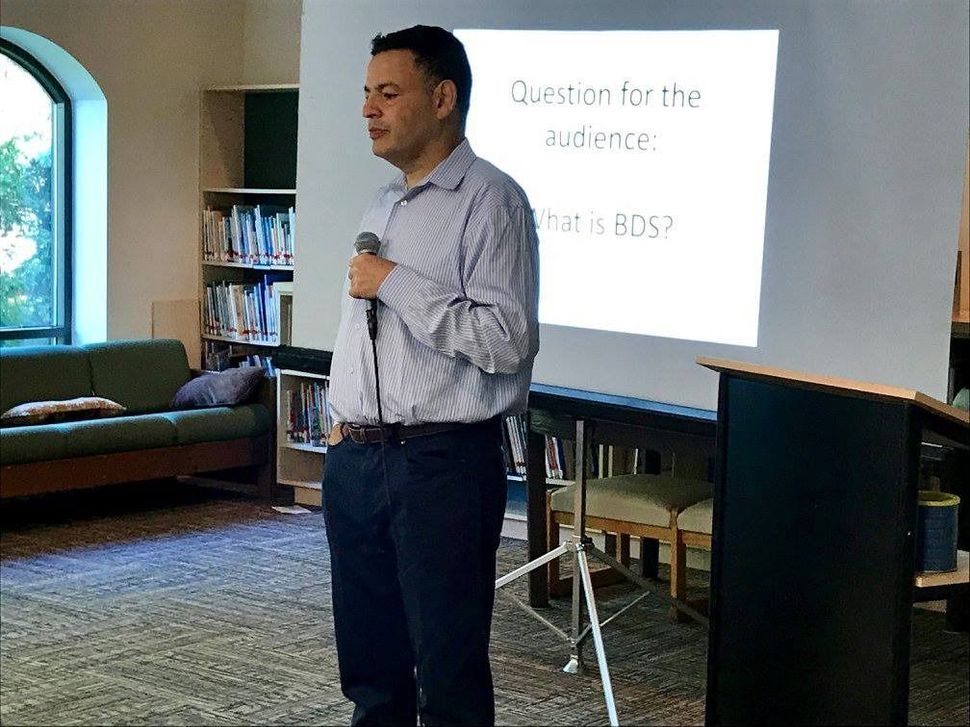 David L. Bernstein, former head of the Jewish Council for Public Affairs, is the founder and chief of the Jewish Institute for Liberal Values. Courtesy of Ben Ami Brotherhood

The Jewish Institute for Liberal Values, which launched Wednesday with publication of the “Jewish Harper’s letter,” is a project of an opaque foundation connected to Republican megadonor Adam Beren.

While the institute does not share the source of its funding, it directs online donations to the Combat Hate Foundation, a tax-deductible nonprofit based in Kansas. Until this week, the only public-facing project of the foundation was the Combat Anti-Semitism Movement.

The Combat Anti-Semitism Movement has grown quickly since its creation in 2019, attracting members of Congress and mayors of major cities to its online events and building a coalition of more than 300 Jewish organizations. It presents itself as apolitical, though its coalition skews conservative and includes the Clarion Project, which has been labeled an anti-Muslim hate group by the Southern Poverty Law Center.

The Jewish Institute for Liberal Values, or JILV, also states that it is nonpartisan, “opposes the imposition of ideology, encourages open discussions of challenging topics, and is committed to achieving a more just America.”

David L. Bernstein, the founder and chief executive, is a former head of the Jewish Council for Public Affairs and the board includes other notable Jewish leaders including Rabbi David Wolpe of Sinai Temple in Los Angeles and New York Times columnist Bret Stephens. Misha Galperin, a senior advisor to Combat Anti-Semitism, is also a board member. In addition to Bernstein, the website lists four other “core team” members.

Bernstein declined to say where the money for JILV comes from. “We will take a pass,” he wrote in an email.

According to JILV’s website, its goal is to “build a strong counter-movement” to oppose “Critical Social Justice” within the Jewish community, which it described in its open letter as an ideology that “holds that individuals bear collective moral guilt or innocence based on the current conception of group identity.”

Board chair Pamela Paresky recently published an article in Sapir, a new Jewish journal edited by Stephens, that described an elaborate fantasy in which a Jewish college student is subjected to various forms of bewildering discrimination due to the school’s embrace of this ideology.

Paresky’s proposed solutions including rejecting any distinction between “‘white’ Jews and ‘Jews of color’”.

The open letter, which was modeled after one published in Harper’s magazine last summer, condemned an alleged “suppression of dissent” within the Jewish community and decried a lack of Jewish criticism in the current movement for racial justice.

Its publication drew praise from many right-wing Jews but was pilloried by those on the left and some in the center, echoing in many respects the fallout from the original Harper’s letter.