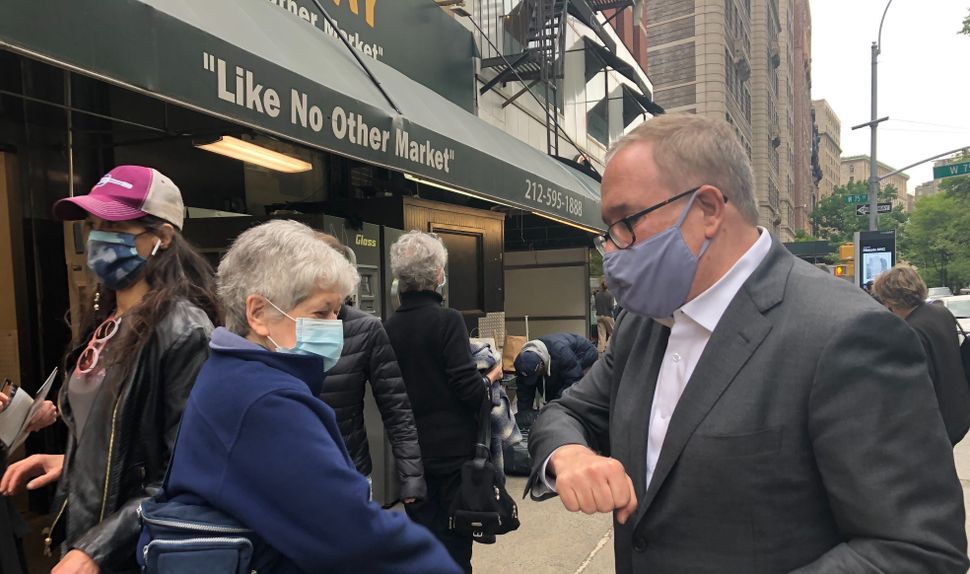 Less than two weeks after a former volunteer on a past campaign accused him of sexual harassment, Scott Stringer, one of the leading candidates for mayor of New York City, is being buoyed up by some of his most ardent Jewish supporters.

The city’s comptroller and the only leading Jewish candidate, Stringer was widely considered the progressive choice in the crowded Democratic primary on June 22. But claims of sexual harassment by the former campaign worker, Jean Kim stalled his momentum. After the allegations, a host of progressive politicians and groups, including the Working Families Party, withdrew their support of Stringer despite his forceful denial.

“Politicians come and go. Some have left, but some have joined,” Stringer told the Forward. “We will win this race not because a politician determines who gets to say who gets to be mayor, but it’s ultimately up to the voters and the people in this community. They will make their decision.” An internal poll released by the Andrew Yang campaign on Friday showed Stringer in second place with 15% support. Recent public opinion polls placed Stringer in third place.

Greeting passersby in his own district, one woman came up and reminded Stringer that she had urged him a decade ago to run for mayor. “This is great,” one campaign staffer told another as people were expressing their support. “We don’t need to go anywhere else,” the aide joked. 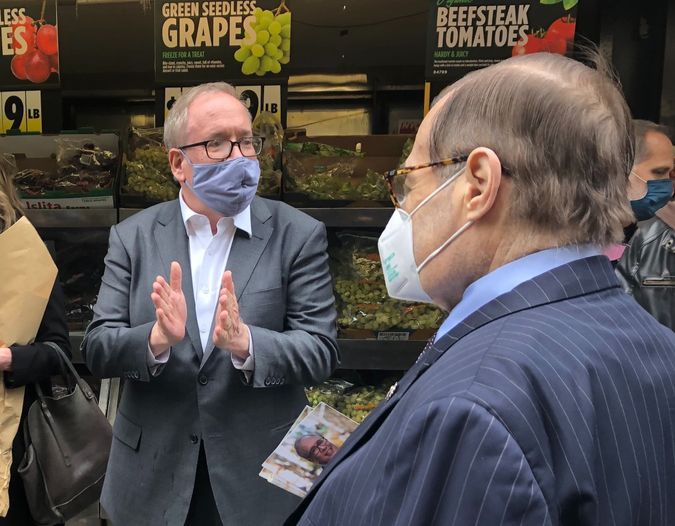 Nadler, who preceded Stringer in the State Assembly, said he was “very disappointed” in the progressives who withdrew their support, calling them an “inexperienced” group. “I think that only some of the institutional left has done that,” he said. “I’ve always considered myself part of the institutional left in the city. And I think the ones who have abandoned Scott, they are the ones who haven’t been around long enough to see what can happen.”

Weingarten, a vocal leader in the labor movement, made an impassioned defense of Stringer as a sexual assault survivor. “I’m a female who has worked against patriarchy for a long time in my life,” she said. “I also have represented people who have been falsely accused and where the allegations have destroyed their lives. It is not easy. It’s troubling for everybody what’s going on. And on the basis of all of that, in the absence of any kind of adjudication, I am and my union is sticking with Scott Stringer because he will be good for the city.” 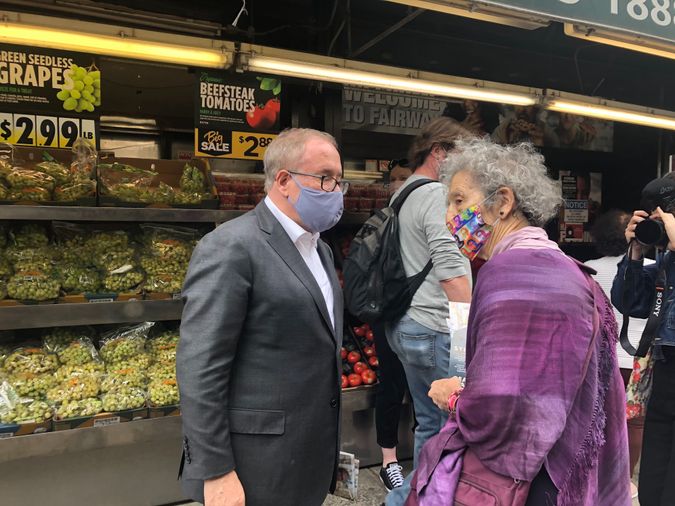 Messinger, who in 1997 became the first woman to win the Democratic nomination for New York mayor, echoed that sentiment. She called Stringer “a man of distinguished integrity and moral courage” who is ready to be mayor on day one.

Stringer, calling his key endorsers “family,” said he’s proud to have their enthusiastic support. “Imagine being able to run for mayor of New York City and see these incredible endorsements from people who are validators that go beyond a street corner or an Assembly district,” he said. “It doesn’t get better than the people here today.”

Rosenthal, who succeeded Stringer in the state legislature, expressed her vote of confidence, as she walked around hanging out campaign literature. “We are the ones who know him the best, the ones who believe in him, and the ones who know that how he’s been described is not him,” she said. 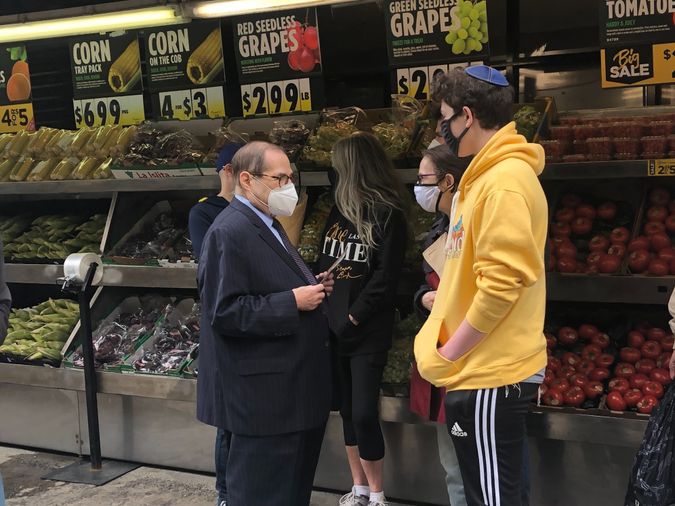 Nadler told the Forward that his support for Stringer comes also from a depth of gratitude for being a champion of progressive causes. “I think he will be an excellent man. But yes, Hakarat HaTov is certainly part of it,” he said, using the Hebrew word for gratitude.