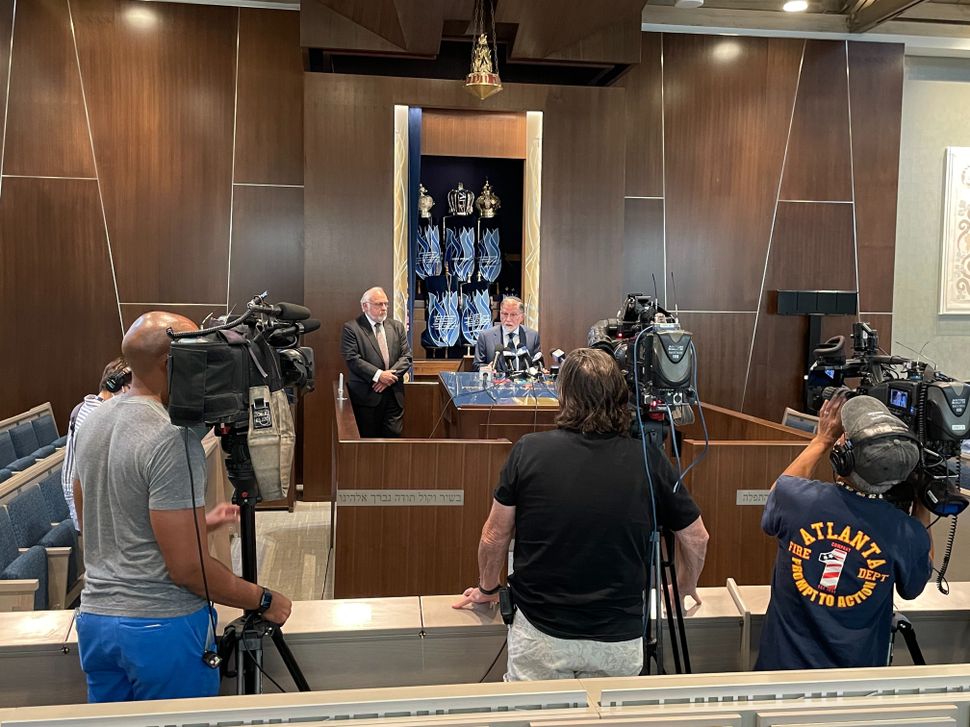 A vandal carrying a box of concrete slabs targeted an Orthodox synagogue and a kosher steakhouse in Los Angeles Thursday night, adding to a spate of attacks on American Jewish communities in the wake of the Israel/Gaza conflict.

Young Israel of Century City and Pat’s Restaurant a few hundred feet from each other at the center of Orthodox Jewish life in Los Angeles, a stretch of Pico Boulevard lined with glatt markets, kosher restaurants, and houses of worship. One slab broke a window at Pat’s. At Young Israel, shatter-proof glass windows withstood two attempts.

According to Rabbi Elazar Muskin, the synagogue’s lead rabbi, security cameras recorded a man wearing a jumpsuit and a red hat approach the building carrying a box shortly after 1 A.M. May 28. He then removed a concrete slab from the box and hurled it at a window. When it bounced off, the man threw it at a different window, also unsuccessfully, before walking away.

Here is security video of the incident at Young Israel of Century City that took place around 1 am last night. Same person also broke a window at the kosher restaurant Pat’s. pic.twitter.com/fnNHOoNDF7

A piece of it about 10 inches long and weighing about eight pounds was recovered by a synagogue security guard Friday morning.

On Friday afternoon, television news cameras lined the first pew of the main sanctuary as Muskin, along with Rabbi Abraham Cooper and Rabbi Marvin Hier, associate dean and founder, respectively, of the nearby Simon Wiesenthal Center, made statements standing in front of the ark, which was intentionally opened to reveal the Torah scrolls inside. Steven Silver, a synagogue member and its security director, also spoke.

While Muskin said the incident was unprecedented in his 35 years at the helm of the synagogue, he was defiant on behalf of his congregants.

“I’ve never seen such a public manifestation of antisemitism and hatred as we’re seeing in our city today,” Muskin said.

“This act will not deter anyone from attending this synagogue,” he added. “We will not be frightened by any act by anyone.”

That was echoed by Pat’s co-owner Errol Fine, who said nothing comparable had happened in 33 years of owning the restaurant. His message to patrons was to keep eating at Pat’s.

“They can break our windows but not our hearts or our resolve,” Fine said. “We’re going to stand fast and continue.” 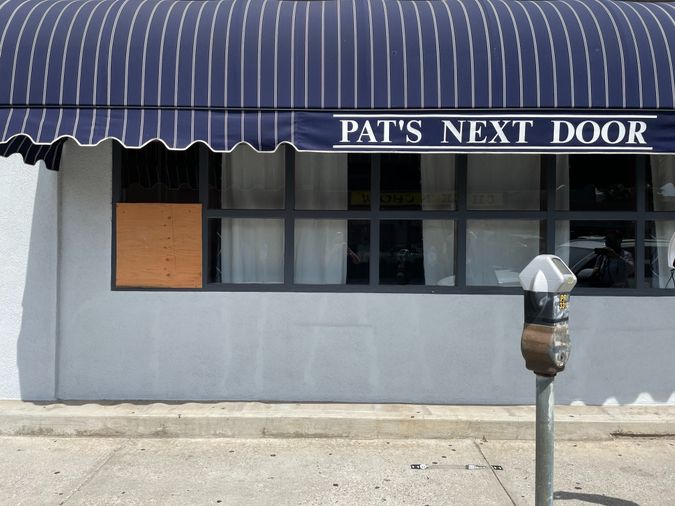 Pat’s Restaurant, a kosher restaurant just down the street from Young Israel, had a window broken by the same vandal around 1 AM on Photo by Louis Keene