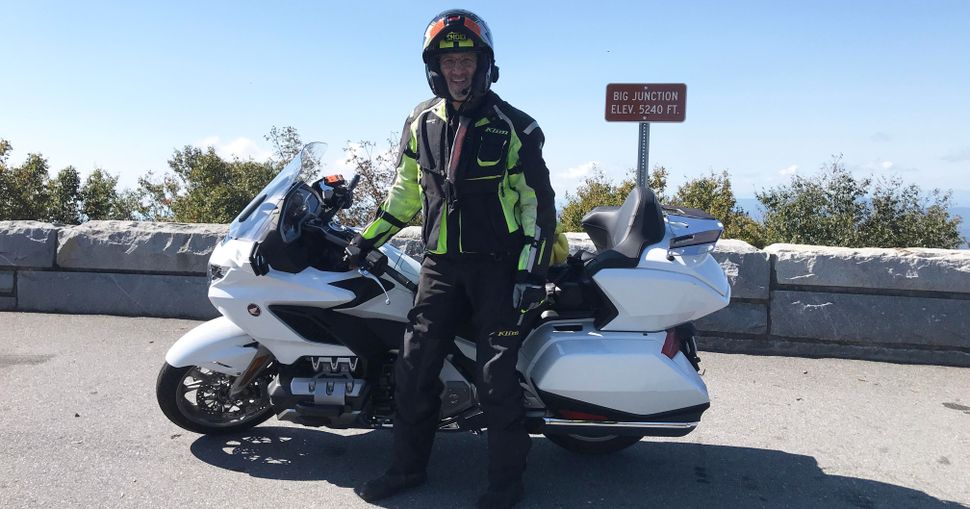 As many Americans settle back into the workweek, one motorcyclist is going a step further to burn off long weekend celebrations: Tuesday marks the start of Steve Goode’s “Great American Deli Schlep” around the country. Goode is partnering with the Jewish national advocacy group MAZON to raise money and awareness for the fight against hunger during his nearly 50-state journey.

Goode began the 16,000 mile expedition this morning at Manny’s Deli in Chicago. The 75-day trip will wind down the East Coast to the Bible Belt, across the Southwest – with stops in Los Angeles, Portland and Seattle – and then cross the finish line at Jake’s Deli in Milwaukee. He’ll hit 42 delis – from staples like Katz’s Deli in New York City to the lesser known BernBaum’s in Fargo, N.D. and Feldman’s Deli in Salt Lake City, Utah. Along the way, Goode will join deli owners and patrons at each location for conversations about how to help solve America’s hunger crisis. 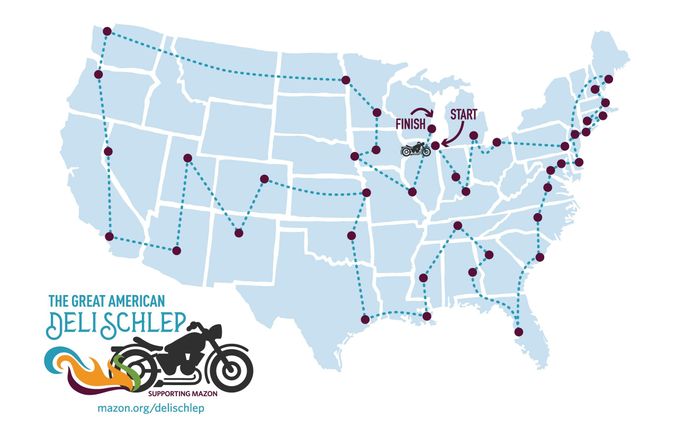 The Chicago-based cyclist has experience with such trips. He has completed both a journey across the 48 contiguous states and an expedition through national parks, biking more than 31,000 miles between them.

In a blog post on MAZON’s site, Goode explained how Nosher’s 2018 map of the best Jewish delis in every state prompted the idea to blend his passions for motorcycling and Judaism. His decision to partner with MAZON, an organization that works to advance policy solutions and confront food insecurity in the U.S. and Israel, has taken on new meaning in the wake of the COVID-19 pandemic. Since March of 2020, the number of Americans struggling with food insecurity has doubled from 40 to 80 million, with and groups like single mothers and Native Americans are especially vulnerable.

“Planning this trip has taught me so much about the persistent hunger crisis so many people face,” Goode wrote. “I’m hopeful that the ‘Great American Deli Schlep’ will help amplify the conversation about hunger in America and I’m eager to start the dialogue with communities who are unaware of its scope and magnitude.”

“We are grateful for supporters like Steve who believe that no one should experience hunger in this land of plenty, and we look forward to following him across the country for the ‘Great American Deli Schlep’,” Leibman said. “Steve is connecting people across the country, one deli at a time, to learn more about the hunger crisis in America—and build a future where no one faces barriers to a nutritious meal.”

Goode’s trip is expected to conclude in the middle of August.