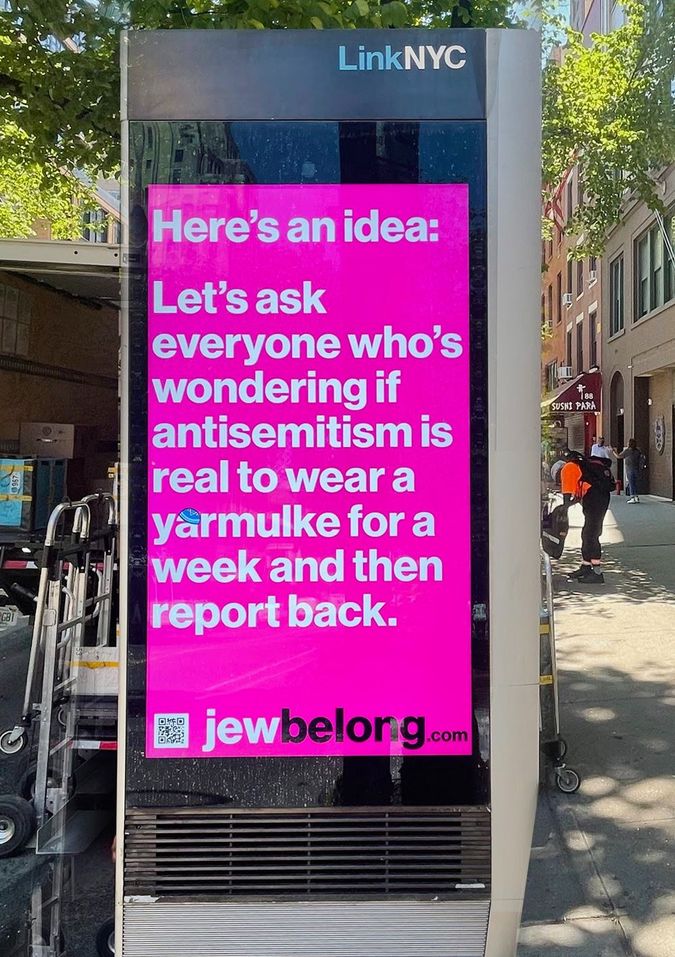 JewBelong, a non-profit that reaches out to disengaged Jews, launched a campaign Wednesday to combat antisemitism called “Jewbelong or Jewbegone.” It will place nearly 800 digital ads across Manhattan and Brooklyn, each with the somewhat tongue and cheek phrase, “Here’s an idea: Let’s ask everyone who’s wondering if antisemitism is real to wear a yarmulke for a week and then report back.”

JewBelong co-founders Archie Gottesman and Stacy Stuart created the campaign in light of a worldwide uptick in antisemitism on city streets and on social media. In the United States, antisemitic violence spiked 75% in recent weeks following hostilities between Israel and Hamas.

During the campaign, which runs through July, billboards and print posters will be put up in more locations including PATH train stations in Manhattan and on JewBelong’s social media. Future ads will proclaim “I promise to love being Jewish 10x more than anyone hates me for it” and “Being woke and antisemitic is like being a vegan who eats veal.” 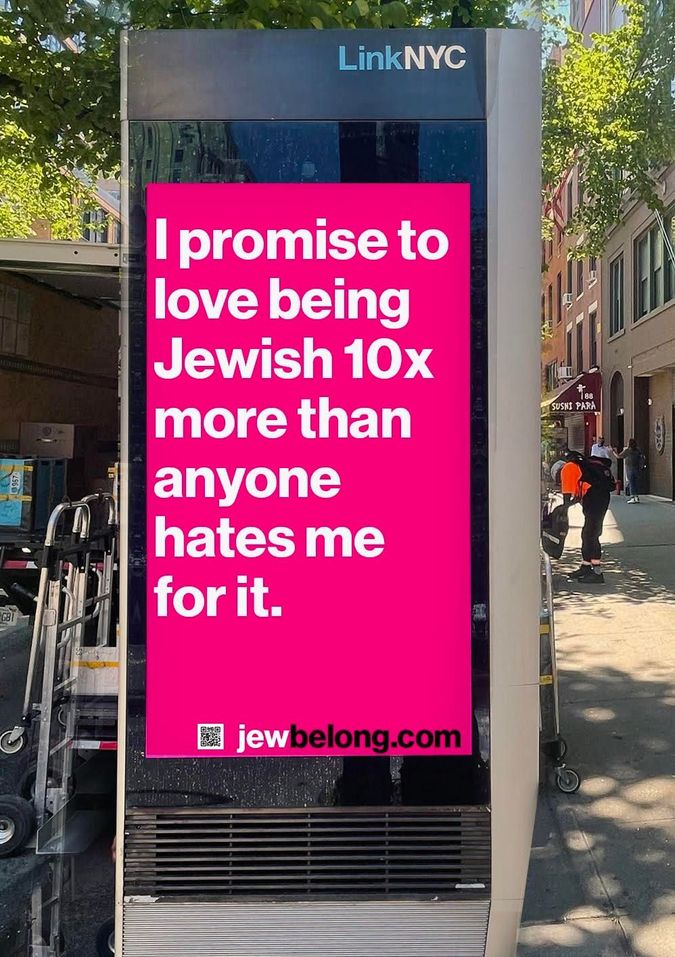 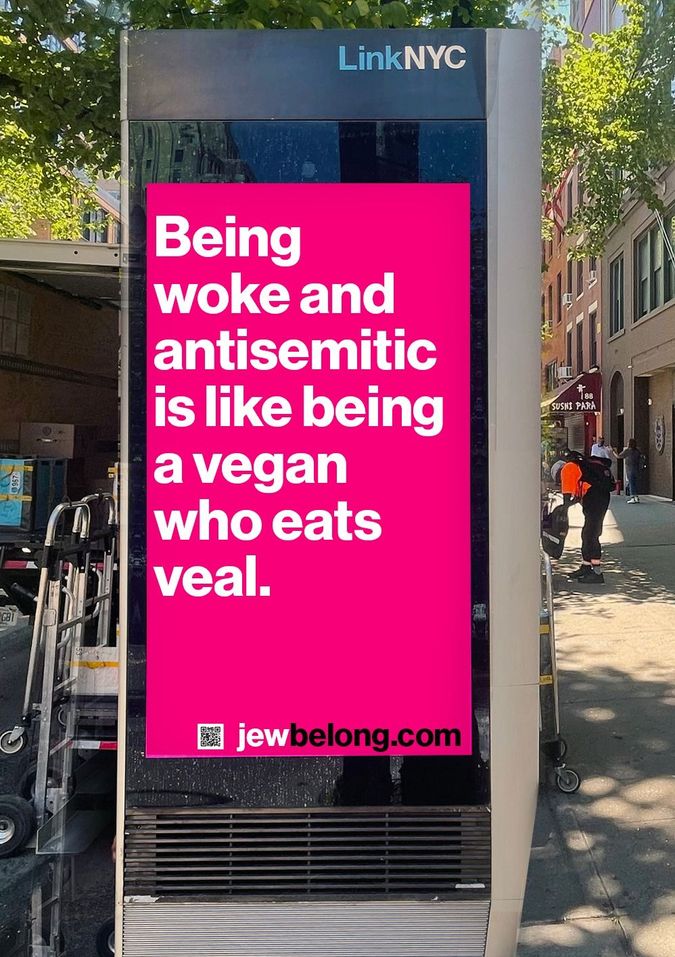 Gottesman and Stuart also introduced a “Jewish Partisan Prize” to recognize those who speak out against antisemitism, named in honor of the World War II resistance group that fought the Nazis. Over 23 recipients have received the $360 award so far, including journalist Eve Barlow and Israeli writer Hen Mazzig.

The founders of JewBelong said the new campaign differs from their previous ones, and drew upon their feelings of anger and isolation as Jews.

“This campaign is different because current events demand it,” Gottesman and Stuart said in an email. “The Jewish community needs to radically shift our messaging so that our voices are heard way more broadly by an audience of people who are not consuming Jewish media. This is why outdoor and online campaigns are absolutely critical right now.”

Gottesman, however, has been called out for what others have deemed intolerant remarks, including a 2018 tweet in which she wrote: “Gaza is full of monsters. Time to burn the whole place” and a 2019 Facebook post in which she referred to “TERRORIST PALESTINIANS WHO HAVE NO GOALS.” She has since apologized for and deleted the posts.

JewBelong has released a variety of edgy ads since its founding in 2013, which include lines like “So you eat bacon. God has other things to worry about” to the head turning “Even if you think kugel is an exercise you do for your vagina . . . JewBelong.” The New York-based organization also offers straightforward guides to Jewish holidays, rituals and teachings in an effort to connect Jews to their religion. This summer’s campaign is the first to deal directly with antisemitism.

“Messaging about BLM and Stop Asian Hate went viral quickly because most people in the world want peace, and we are hopeful that we will see the same kind of support for the Jewish community, and that more people will stand up against antisemitism,” Gottesman and Stuart wrote.