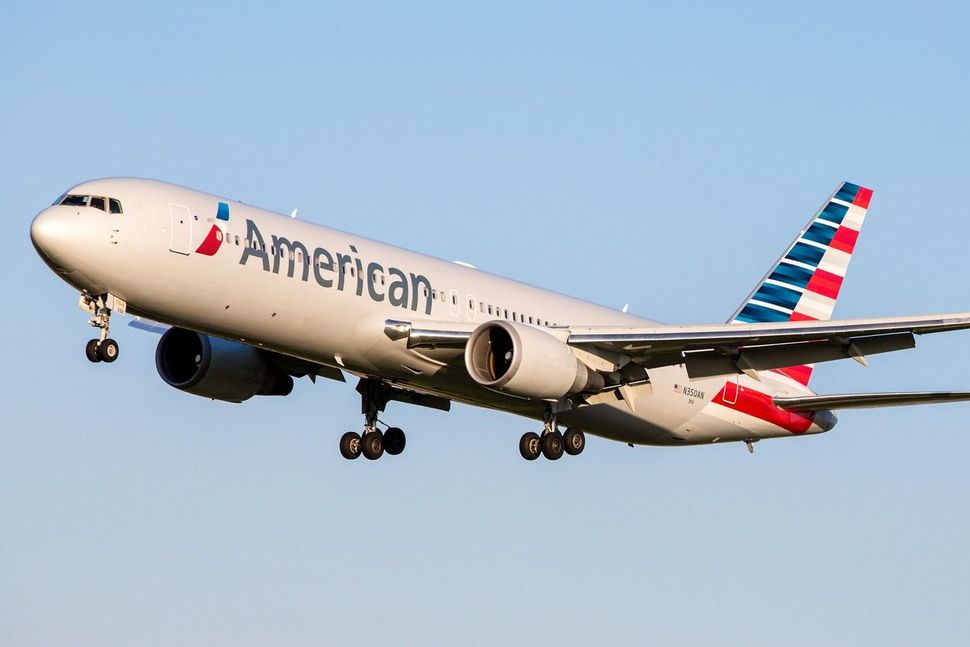 American Airlines will begin serving kosher wine in all cabins of their new flights between New York City and Tel Aviv, as well as flights to Tel Aviv from Miami and Dallas.

A panel chose six wines for the airline’s new routes, two of which are kosher certified. Both kosher selections are produced by Royal Wine Corporation, a New Jersey-based company owned and operated by the Herzog family.

“Royal and Herzog Wine Cellars are excited to partner with American Airlines,” said Nathan Herzog, the President of Royal Wine Corp. “Their decision to offer high-end kosher wines shows how committed they are to this new route.”

In May, the airline resumed its flights to Tel Aviv more than five years after its last flight to Israel in January 2016. The carrier had initially paused the service because it had been unprofitable, Haaretz reported in April 2021. American Airlines now offers daily flights between John F. Kennedy International Airport and Ben-Gurion International Airport, in addition to nonstop flights from Dallas to Tel Aviv and a newly-added route to Tel Aviv from Miami.

Passengers can now choose between the Baron Herzog Chardonnay, “a full-bodied white featuring fragrant notes of apple blossom and honeysuckle and flavors of ripe peach, tangerine, and a hint of caramel” and the Herzog Lineage Cabernet Sauvignon, a red wine with an “aroma of black cherry, boysenberry, and tobacco,” the winery said.

Herzog was not surprised to hear that American Airlines selected Royal Wine Corp.’s products. “After all, the Herzog family’s winemaking roots go back nine generations,” he said. “They produce world-class wines that just happen to be kosher.”

Founded in 1848, Royal Wine Corp. produces kosher wines, spirits, and liqueurs, including those manufactured at the Kedem Winery in upstate New York and the Herzog Wine Cellars in Oxnard, Calif. – as well as in regions of France, Italy, Spain, Israel, New Zealand, and Argentina.

Airlines including United Airlines, Delta Airlines, and El Al also offer kosher wine on flights to and from Tel Aviv.