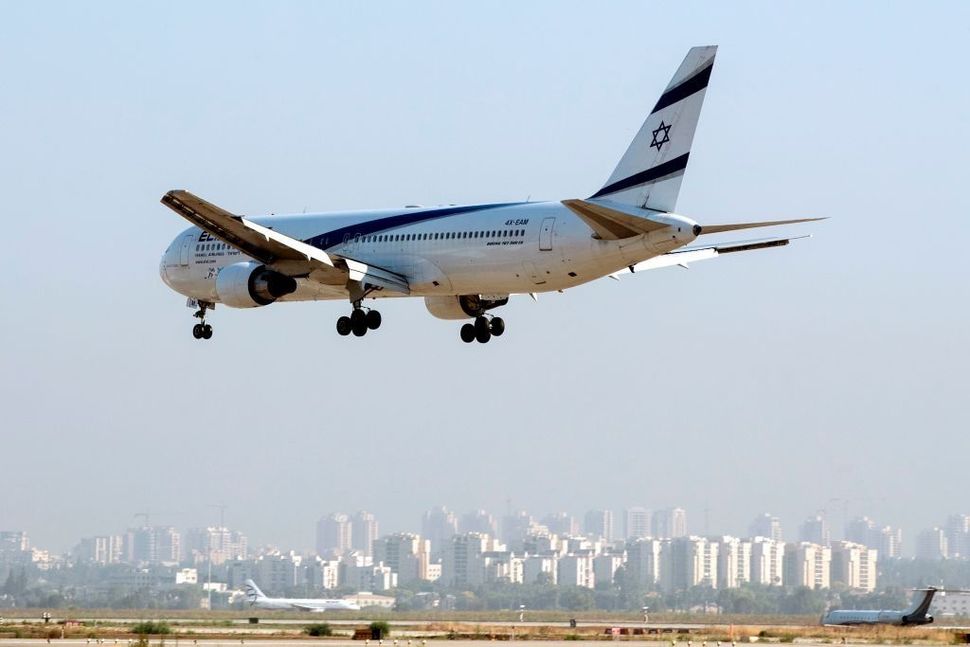 To get her flight to Israel approved by Los Angeles’ consul general, Maure Gardner had to provide her passport, her husband’s Israeli passport, and their marriage certificate, which required a special stamp from the county clerk’s office. A minor inconvenience to endure for a wedding she had waited over two years to attend.

But with angry mobs terrorizing Israeli streets and a hailstorm of missiles lighting up the sky above them, Gardner is having second thoughts. Her flight to Tel Aviv isn’t until June 3, and she’s hopeful the violence will have subsided by then — because if it were this week, she wouldn’t go.

“I’m very concerned,” said Gardner. “It will be up to the last minute as to whether I’m comfortable.”

There is also a question of whether she will be able to. In the last few days, American Airlines and Delta Airlines have canceled flights to Israel, and Ben-Gurion International Airport — itself a target of rockets launched from Gaza — has been closed to arrivals, diverting flights to Eilat. On Wednesday, flights arriving from Europe circled thousands of feet above Ben Gurion as passengers watched rockets shoot through the night.

Passengers of El Al flight to Ben Gurion Airport are witnessing rockets filled skies over #Israel. The landing had to be suspended for an hour before it was safe to land. https://t.co/Nen8BHCISs

And on Thursday, the military wing of Hamas, taking responsibility for the rocket fire, warned international airlines that it would be targeting Israeli airports.

After nearly fourteen months of Ben Gurion being almost entirely closed due to the coronavirus pandemic — exceptions were made for Israeli citizens, their immediate family members and diplomats — Israel planned to open the airport on May 23 to fully vaccinated foreign travelers. All four carriers with routes from the United States to Israel announced new flights in recent weeks to meet the pent-up demand, and on Monday the State Department downgraded Israel’s travel advisory. But the surging conflict has thrown uncertainty back in the mix.

“It’s rapidly changing, it’s changing by the day,” said Zach Griff, a travel analyst at the website ThePointsGuy.com. “American carriers don’t even know when they’re going to resume flights. If you look at next week, they’re all saying they’re going to run. But I don’t think anyone on the ground or at the airlines knows whether that’s going to happen.”

Travelers headed to Israel were already facing a gauntlet of requirements related to the pandemic. In addition to a negative Covid test within 72 hours of departure in both directions, Israel requires a positive antibody test upon arrival.

But many took these demands in stride for the chance to visit a country that has in large part put the pandemic behind it. Well over half of Israel’s population is fully vaccinated, easily outpacing other countries with populations greater than 1 million. The country reopened for fully vaccinated “Green Pass” holders in March.

Travel restrictions and requirements generally reduce demand, and other popular destinations ask less of visitors — Iceland and Greece, for example, will accept your vaccine card with no test requirement. But Griff said that prior to the war, the nature of people’s emotional connection to Israel overwhelmed that factor.

That hasn’t entirely changed. Griff said he had heard from readers who still plan on flying to Israel for the holiday of Shavuot, which falls Sunday night.

“Just like the airlines are taking a wait-and-see approach, travelers should as well,” Griff said.

To make it easier on travelers, airlines have instituted a flexible travel waiver — meaning that not only are change fees waived for canceled and postponed flights, but airlines will waive fare differences as well for passengers who need to reschedule. Airlines took a similar, day-by-day approach during the 2014 Gaza War.

Griff warned that if a cease-fire agreement isn’t reached soon — as long as Israelis are still ducking into bomb shelters several times a day — the May 23 reopen date could be in jeopardy.

“Reopening and tourism can’t happen in just a couple weeks,” he said, adding, “A lot more goes into operating an airline safely than just the crew.”

Further delays — especially cutting into the summer months — would threaten the recovery of one of the most important sectors of Israel’s economy, which has faced 14 months of intermittent lockdowns. In January, the country’s Tourism Ministry said the industry was down 81% in 2020, affecting the livelihoods of some 200,000 people.

Gardner’s friend Michele Gold has been waiting even longer for the wedding — the bride is her niece. With her flight scheduled to depart on Wednesday, Gold has been following the developments in Israel with increasing alarm at her home in Marina Del Rey, California.

Unlike Gardner, however, Gold won’t be dissuaded by the conflict.

“They would have to physically stop me boarding to keep me from going,” Gold said.