In surprise twist, enrollment in many Israel gap year programs ‘skyrocketed’ amid pandemic 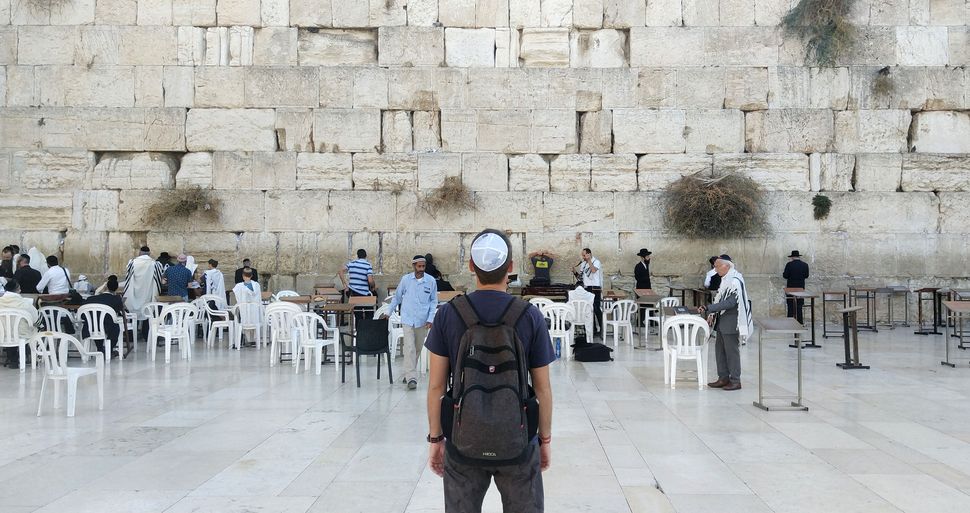 Back of a young tourist in casual clothes near the Western Wall in Jerusalem (2018). Photo by Diy13/iStock/Getty Images

When Yale University announced last summer that the 2020-21 academic year would be mostly remote and with heavy restrictions for the fraction of students permitted on campus, Isabel Kalb decided to postpone her first year of college.

“I didn’t want to lose my freshman year to the pandemic,” explained Kalb, 19. But after spending the first few months of her year-off living at home in Connecticut and interning remotely for countless hours each day, she needed a change. Israel wasn’t the obvious choice: “I didn’t know anybody who’d ever gone to Israel on a gap year,” she said. “That’s not a concept where I’m from.”

It may not have been her plan, but in December, Kalb decided to join the thousands of American Jewish students who are spending all or part of the 2020-2021 academic year in Israel – substituting an online college experience, from quarantine dorms and childhood bedrooms, with a year of travel, language-learning and exploring their Jewish heritage and identity.

Three major gap year programs whose representatives spoke with The Forward reported a dramatic rise in the numbers of North American students who opted for their Israel-based programs this academic year. According to Ofer Gutman, the acting CEO of MASA Israel Journey, whose enrollment rose from 500 students in last year’s class to around 900 in this one, the increase included people for whom such a trip was never an anticipated “lifecycle event.”

Amid the pandemic and global lockdowns, getting thousands of young people into Israel, set up in dorms or apartments and enrolled in classes, internships and community service programs felt to the organizers like a Herculean endeavor. In the words of Dafna Laskin, the director of engagement at Young Judaea Israel, “the really critical thing this year was having 15 different plans and scenarios always ready to go at any time.”

“Every week, there was a change, there was an adjustment,” said Laskin, whose program saw a 135% growth in class size. “I think the real feat this year was, ‘How do you run a program when even Plan A, Plan B, Plan C isn’t enough?’ How do you run a program that’s actually fun and enjoyable and meaningful? Because it’s not just about having them and saying, ‘Okay, we kept everyone alive.’ We want people to have a good experience.” 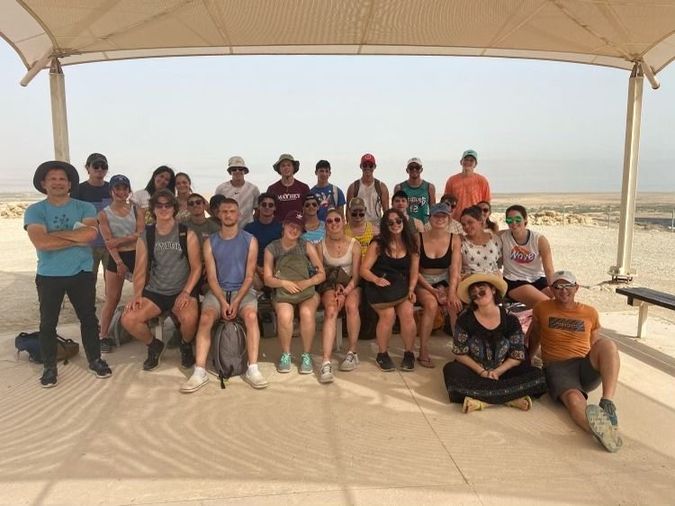 In particular, Gutman said, the two-week mandatory quarantine period at the beginning of the fall proved difficult. Normally, he said, madrichim, or counselors, would help students adjust to independent living by visiting their group apartments and resolving any concerns. This year, students could watch pre-recorded orientation videos, but for the most part, they were on their own.

“We had a very strict quarantine when we first arrived even with health inspectors coming to check at random times that we were inside of our rooms,” said Ben Israel, 18.

In Gutman’s experience, this year’s class of students has been especially eager to spend their time engaging in community service – whether in agriculture, homeless shelters, food service or other areas. Overall, students feel a real gratitude, Gutman explained, and show a commitment to “giving back.”

’99% of students are fully vaccinated’

In late January, it suddenly became significantly easier for program directors to constantly think on their feet: American students living in Israel became eligible for vaccines, even as their teenaged counterparts in the U.S. wouldn’t become inoculated for months — and most still have yet to be. Now, according to Gutman, Laskin, and Debbie Goldsmith, the executive director of Aardvark Israel Immersion Programs, all of their students have received the vaccine and can use Israel’s “green pass” system to gain access to public spaces such as theaters, gyms and tourist attractions.

“Now that 99% of our students are fully vaccinated,” Goldsmith said, “it allows us a lot of flexibility to be able to operate in a way that’s as normal as possible.” For the year 2019-20, Goldsmith’s program had 170 enrolled students. This year, it was 300.

Sara Ryave, who completed her first year at Princeton before taking a year off to study at the Pardes Institute in Jerusalem, said that since getting vaccinated in February, she has been able to go on trips, visit bars and attend live concerts.

“I feel so lucky,” Ryave, 19, said. “It’s nice to be able to be hopeful. It’s just the constant feeling of, ‘Wow, I’m just extremely lucky to have had the opportunity to be here.’”

Kalb, who is part of a Jerusalem-based program called Kivunim, has also been vaccinated, along with her entire 34-member program. She is currently studying both Hebrew and Arabic, taking two courses and traveling across the country on weekends.

“I’m incredibly grateful, obviously not grateful for the pandemic, but for the crazy circumstances that got me here,” she said. “I don’t think that there’s any chance in another world that I would have taken a gap year or that I would have really spent this much time in Israel.”

In surprise twist, enrollment in many Israel gap year programs ‘skyrocketed’ amid pandemic