Israeli leaders should move for a ceasefire immediately 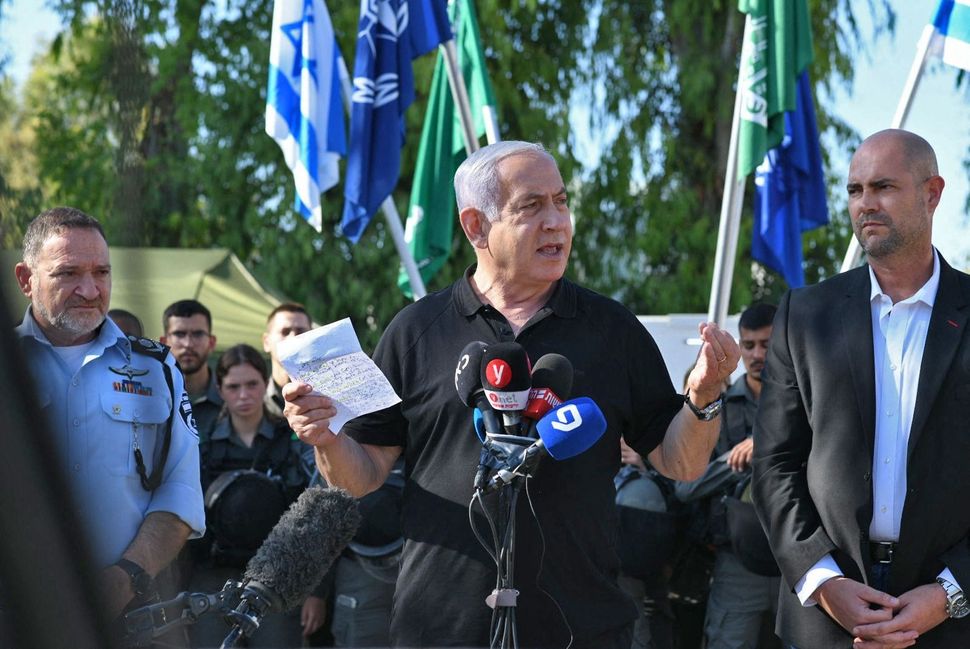 From my 12 years at Jewish Day School, I remember countless assemblies and programs showcasing videos of Israeli missile alert sirens, followed by civilians running to shelters and, often, the Iron Dome’s missile interceptions.

Despite the fact that we were in America, we were taught to feel personally connected to Israelis being bombarded by missiles, even if we had no direct connection to the areas or people under attack. This was the crux of my Israel education – because we are all Jews, what happens in Israel affects all of us.

It worked. Still today, I feel connected to Israel, and I spent a year between high school and college living in Jerusalem. Last year, as a freshman at the University of Chicago, when a fellow student told me he didn’t believe Israel should exist, my years of Jewish education had prepared me for that exact moment.

But it didn’t prepare me for the current situation.

What started as escalating tensions as a result of evictions in Sheikh Jarrah, coupled with the intersection of Ramadan and Yom Yerushalayim (Jerusalem Day), has transformed into something resembling war, with over reservists being called into duty and a growing Israeli presence on the Gaza border.

Most alarming is not the aggression between Israel and Hamas, but Netanyahu’s hyper-militant approach. “This is just the beginning. We will hit them with strikes they have never dreamed of,” Netanyahu said Wednesday. Such a posture feels more fitting for a cartoon character than a world leader with command over one of the world’s strongest armies. Since then, the Israeli government has vowed not to begin ceasefire negotiations until Saturday.

But at what cost? For the fourth night in a row, Israelis across the country will rush to bomb shelters, with some rockets reaching as far as the Galilee.

As tensions continue to rise, violent rioting targeting both Israelis and Palestinians continues in mixed cities across Israel. And Israel’s promise of continued aggression has only escalated the situation.

Nobody wants their home to be destroyed, and nobody wants to be awoken in the middle of the night by an air raid siren. By enabling the violence to go unchecked, this specific flare-up has personally affected most Israelis, radicalizing the public. Similarly, those whose relatives, homes, and livelihoods have been destroyed by Israeli air raids in Gaza feel similarly resentful.

But this could have easily been stopped in its tracks. By declaring the last two nightmarish days as the “beginning,” Netanyahu issued a death threat to his soldiers and his people.

It doesn’t have to be this way. President Biden has sent an envoy to help diffuse tensions in the region. Let’s hope that American diplomacy can help save Israel from Netanyahu’s aggression.

Sara Serfaty is a student at the University of Chicago.

Sara Serfaty is the former Forward College Guide Intern and a student at Hevruta, the Hartman Institute’s gap year program. She will be attending the University of Chicago in Fall 2019.

Israeli leaders should move for a ceasefire immediately