What does it mean to be a liberal Zionist in the era of Sheikh Jarrah? 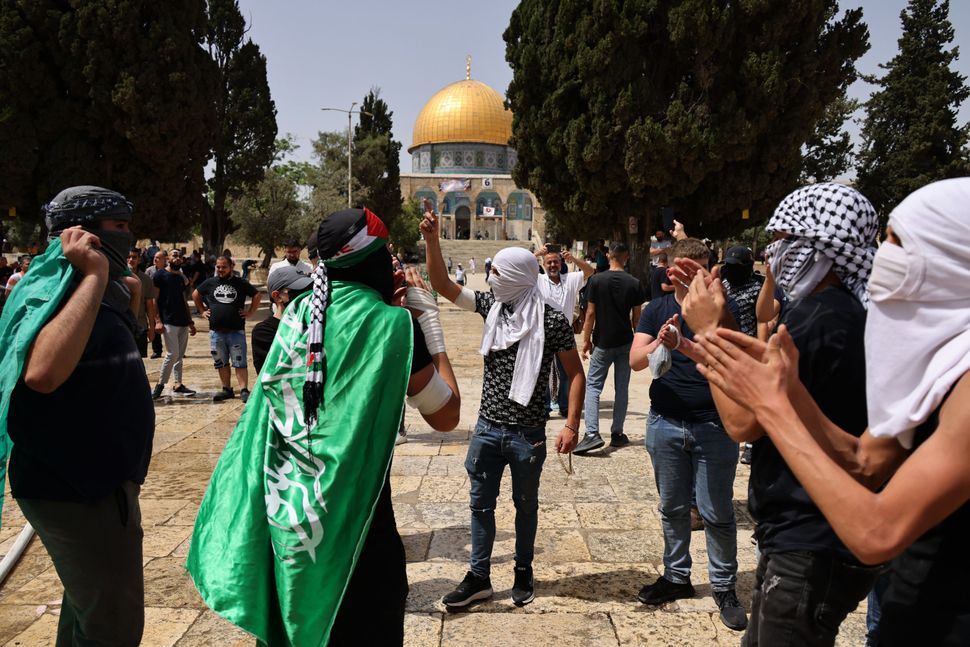 Yom Yerushalayim (Jerusalem Day) ended in tragedy as Hamas rockets struck the outskirts of the holy city and Israel responded with airstrikes in the Gaza Strip. This followed several days of violent clashes between Palestinians and police, as well as Jewish extremists.

One of the recent flashpoints in Jerusalem involves the impending eviction of Palestinian families in Sheikh Jarrah, a neighborhood that Israel captured in the 1967 war.

Court cases and protests about possible Sheikh Jarrah evictions have been taking place almost weekly for the last 12 years, but the anticipation of a final ruling on the fate of the families has drawn unprecedented attention to the issue. Atop this elevated stage, Palestinian activists have sought to portray Sheikh Jarrah as a natural consequence of Zionism.

As a somewhat prominent liberal Zionist personality on social media who has strongly criticized Israeli actions in Sheikh Jarrah, I have been naturally confronted with this point by both Palestinians and their allies. Their message: One cannot both be a Zionist and a genuine ally of Palestinians in Sheikh Jarrah.

The controversy over Sheikh Jarrah is a painful and clarifying moment for liberal American Jews to reevaluate our commitment to Zionism, a term that may no longer simply denote support for a Jewish state, but an effort aimed at domination of Palestinians under Israeli control.

What does it mean to be a liberal or progressive Zionist in the era of Sheikh Jarrah?

As any number of pro-Israel activists and government spokespeople will tell you, the Sheikh Jarrah case is a “complicated” matter. But complexity does not necessarily give rise to moral ambiguity.

The Israeli laws that allow for the Jewish “reclamation” of Palestinian land in East Jerusalem is a one-way street. While Jews can reclaim land based on pre-1948 deeds, Palestinians cannot make claims on land their families owned in West Jerusalem before Israel’s independence. On top of that, the property of Palestinian refugees from the 1948 war was formally expropriated in 1950.

In brief, Palestinians in Sheikh Jarrah are being targeted with an unjust and discriminatory legal regime that denies Palestinians the right to make the same claims as Jews. Jerusalem municipal officials, not tied down by unconvincing Foreign Ministry talking points about a simple “real estate dispute,” have said as much in remarkably candid statements to the international press.

There is an ineluctable connection between Zionism, a movement I identify with, and the injustice inherent in the eviction efforts in Sheikh Jarrah, which I find loathsome. For what can be a more basic credo of Zionism than Jews settling in the land of Israel, especially Jerusalem?

As much as it is desired by some, liberal and progressive Jews in America are not going to abandon Zionism en masse to join Palestinian solidarity movements like the Boycott, Divestment and Sanctions (BDS) campaign. The number of American Jews who lament the creation of the State of Israel are few.

But if being a Zionist is to be associated with nationalist excesses like the evictions of Sheikh Jarrah and the ever-expanding settlements in the West Bank— a Zionism of conquest rather than safety, then it will be a term will lose its resonance for many of us.

What it means to be a liberal Zionist, to me, today is to resist dangerous excessive enthusiasm for expanding Zionism, whether it comes in the form of settlements, property reclamation, or marching through the Muslim Quarter of the Old City with Israeli flags, and instead insist upon a democratic framework that protects the rights of minorities in the Jewish state. This must include equal rights in launching legal claims on property; either both Jews and non-Jews can advance such claims, or neither can.

To be a progressive Zionist should mean to acknowledge that Zionism has already achieved its legitimate aims. Israel cannot continue to expand and go forth without committing another terrible injustice against people who have already suffered enough. The past can’t be changed, but we are responsible for what Zionism does with its power today.

What does it mean to be a liberal Zionist in the era of Sheikh Jarrah?