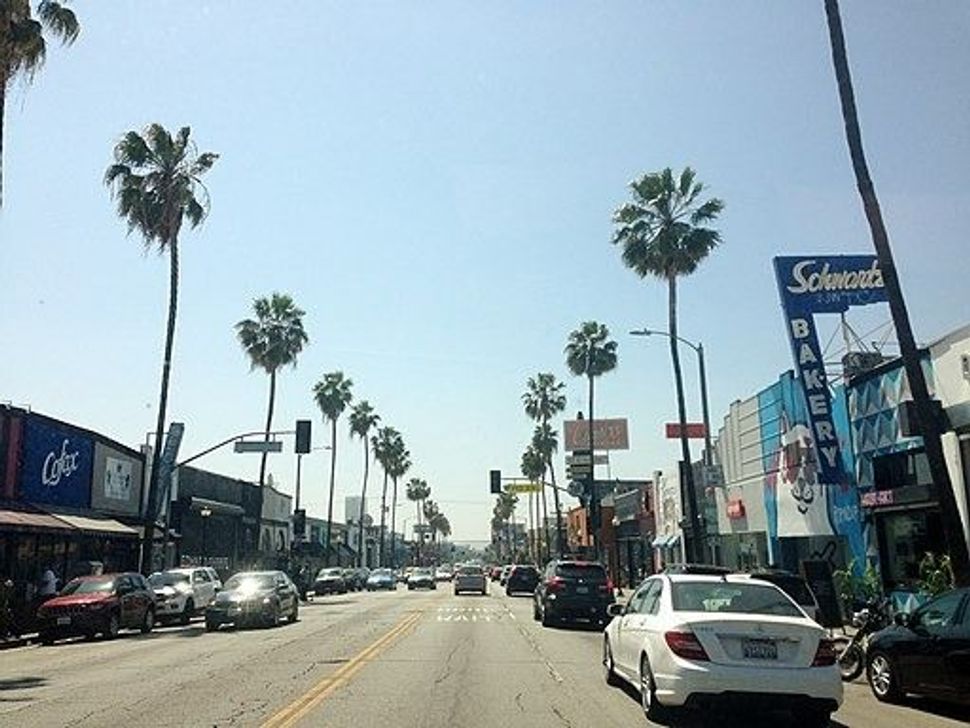 A man was taken into custody Wednesday after allegedly punching a 12-year-old Jewish boy in the Fairfax area of Los Angeles, which is home to many Jewish businesses.

Daniel Rankin, 50, was arrested by the Los Angeles Police Department around 5:45 p.m. Tuesday on suspicion of alleged battery . The boy was not taken to a hospital, though an ambulance was on the scene, according to the LAPD.

Some merchants in the area identified the man as a vagrant familiar to many in the neighborhood, according to news reports.

“We are outraged over reports of a violent assault on a Jewish child while playing with his friends and thank @LAPD for investigating,” the Anti-Defamation League Los Angeles tweeted. “We have seen a significant rise in antisemitism in recent weeks and are working with community organizations and law enforcement to stop the hate.”

L.A.-based Jewish journalist Eve Barlow said on Twitter that a friend of hers was near the scene of the attack. “A man punched a visibly Jewish child in the face while he was playing on scooters with his friends,” Barlow tweeted. “A friend of mine confronted him before he was arrested and another man came to the guy’s defense and said he wanted to kill the boy’s entire Jewish family.”

“We hope this innocent child did not sustain any lasting injury. Melrose Avenue has increasingly become a gathering spot for vagrants, many in need of mental health services. But hate is hate and the virus of antisemitism knows no boundaries,” Hirschhaut said. “Riding scooters with friends while being visibly Jewish should never invite such an outrageous attack.”

“We applaud LAPD for its swift arrest of the perpetrator and await further information on this case. In the meantime, it is imperative that Angelenos of all backgrounds make their voices heard in condemning the epidemic of antisemitism,” he said.

Tuesday’s incident is the latest in a string of incidents against Jews in California including an attack on a group of diners at a sushi restaurant in Los Angeles, the vandalization of a kosher restaurant in Sherman Oaks and the chasing of an Orthodox man by people in a caravan of cars.