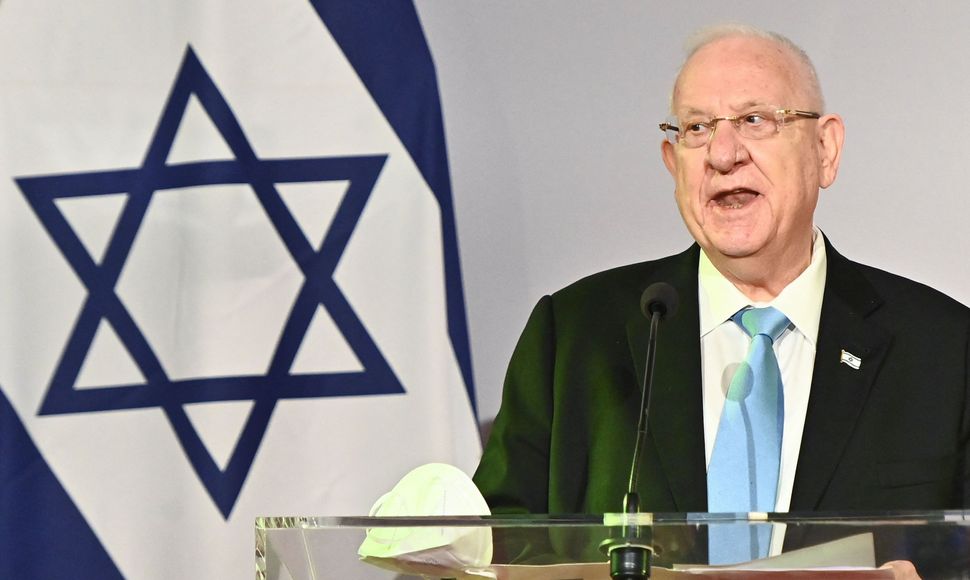 Israeli President Reuven Rivlin speaks during a joint press conference with the Austrian President at the Hofburg palace in Vienna on March 17, 2021. Image by JOE KLAMAR/AFP via Getty Images

Israeli President Reuven Rivlin met with Jewish American leaders in New York on Sunday with a message of unity as he embarked on a farewell tour before he leaves office on July 7.

“Even if we live many miles apart, across nations and across parties and ideologies, we are family,” Rivlin told some 50 leaders representing a diverse range of Jewish communities at the Moshe Safra Center on the Upper East Side of Manhattan. “We are simply mishpucha,” he added, using the Yiddish term for family.

He said he had wanted to meet with American Jewish leaders because he feels he has represented not just Israeli Jews, but Jewish people worldwide. “The long-lasting support of the Jewish world — and especially the American Jewish communities — for Israel make you an inherent part of the Israeli society,” he said, repeatedly referring to the crowd as his “brothers and sisters.”

Rivlin came to the U.S. at the invitation of President Joe Biden, who said he wanted to “honor his dedication to the enduring partnership and the close friendship between our two nations.” The two leaders will meet in the Oval Office on Monday afternoon. Ahead of the visit, Rivlin met with Prime Minister Naftali Bennett to prepare for his trip to the White House.

Rivlin told the American leaders that while he won’t give specifics on what he plans to tell Biden in private, he will bring up Israel’s conflict in Gaza and present Israel’s position on the Iran nuclear deal. “The Americans and the Israelis have some disagreements” on the deal, Rivlin said. “I would like to emphasize our feelings, our worries and our needs to the administration. But as always, we will manage them as friends.”

The president also repeated the term “bipartisan” three times, with emphasis, as he spoke of the need to maintain support for Israel in the U.S. Congress among both political parties. During the latest conflict between Israel and Hamas, some pro-Israel supporters and many Republicans criticized Congressional Democrats who had publicly pushed Israel to agree to a ceasefire.

Gilad Erdan, Israel’s Ambassador to Washington and to the U.N., who hosted the event, echoed Rivlin’s message. “We must do everything in our power to build bridges over our disagreements and between our communities,” Erdan said. “The only way for us to successfully overcome all of the threats and expressions of hate and bigotry is by being united — by realizing we are one diverse family that shares the same history and values. I view members of all Jewish communities as my brothers and sisters. Only by connecting all parts of the American Jewish community with all parts of the Israeli society can we continue to thrive and grow stronger.”

As he entered the room, Rivlin went through the rows of chairs greeting the leaders, with many of whom he has maintained close relationships. 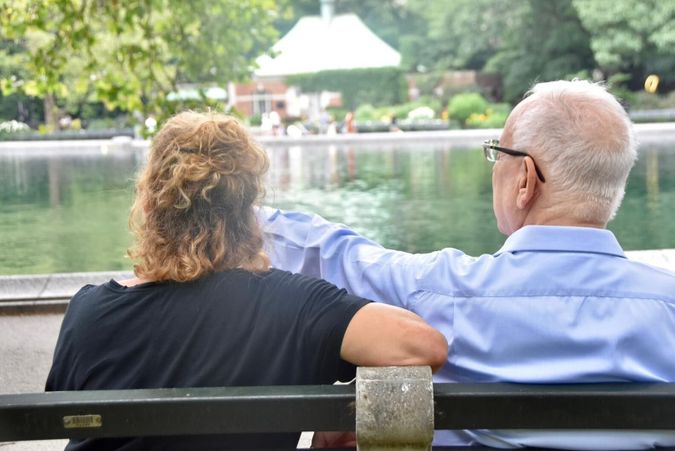 Earlier on Sunday, Rivlin took a stroll in Central Park. He also met privately with Ronald Lauder, president of the World Jewish Congress.

Rivlin will return to New York after his meeting with Biden and a meeting with congressional leaders at the U.S. Capitol on Monday evening. He is expected to meet with U.N. Secretary-General António Guterres and address foreign ambassadors at the U.N. on Tuesday.