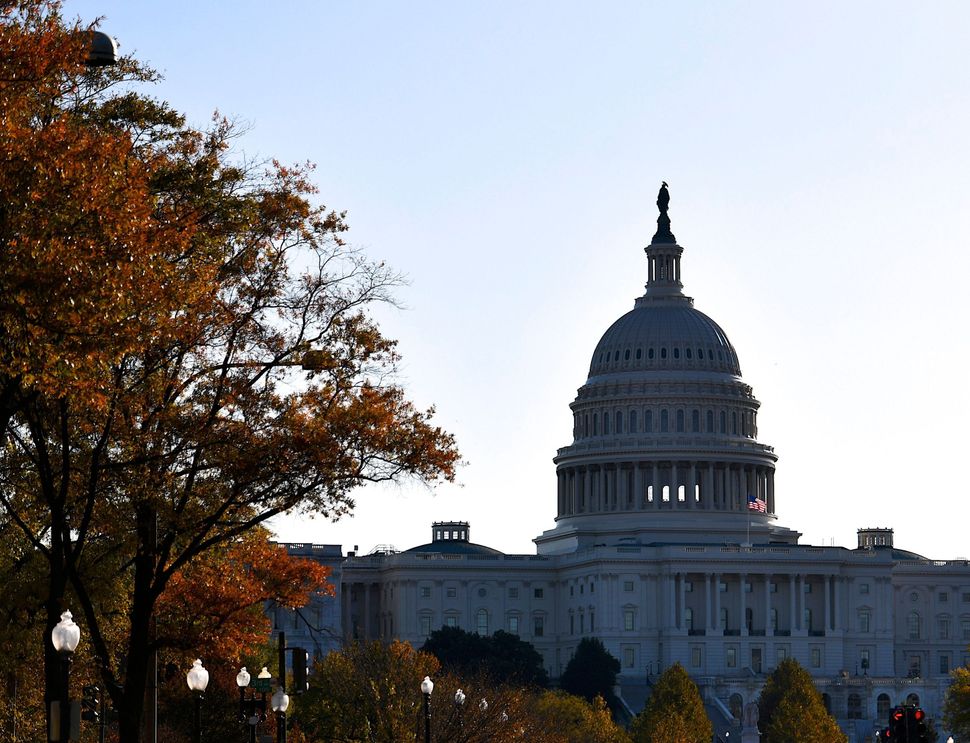 Rep. Nicole Malliotalkis of New York described a trip she took earlier this month to Israel with her colleagues on the House Foreign Affairs Committee as a refreshing moment of bipartisanship in sharp contrast to Washington politics.

One of the members of the committee who was not on the mission was Rep. Ilhan Omar of Minnesota, who was denied entry to Israel in 2019. Omar told The Washington Post that her team reached out to see if she could join the delegation, but was told that the list was already finalized and she also “had a conflict.” A spokesperson for congressman Meeks did not immediately respond to a request for comment.

“I guess she’d only have served as an embarrassment,” Malliotakis told the Forward. So it’s best that she did not participate.”

Malliotalkis, who represents Staten Island and parts of Brooklyn as New York City’s only GOP member of Congress, joined a delegation that included seven Democrats and three Republicans who visited Israel and Qatar over the 4th of July weekend. The group, led by Rep. Gregory Meeks of New York, chairman of the House Foreign Affairs Committee, met with the leaders of the new Israeli government and the Palestinian Authority, and senior officials of the Qatari government and their military.

“What was nice about the trip is that since coming to Congress, everything has been so polarized,” Malliotakis said in a phone interview after the trip. “And this was the first time I felt it wasn’t Republicans vs. Democrats. We were there as Americans.”

Rep. Brad Schneider, a Democrat from Illinois, echoed that sentiment in a media briefing last week. “Over the course of the trip, party affiliation had little to do with the conversations we had,” he said.

The CODEL, shorthand for government-paid congressional trips abroad, was the first official group traveling to Israel since the coronavirus outbreak. In recent weeks, following the short flareup between Israel and Hamas in Gaza, several Republican senators visited Israel to express solidarity with the Israeli people, and more House members are expected to travel in the coming weeks – some freshmen on an annual bipartisan trip sponsored by the American Israel Education Foundation, a non-profit educational arm of the American Israel Public Affairs Committee (AIPAC). 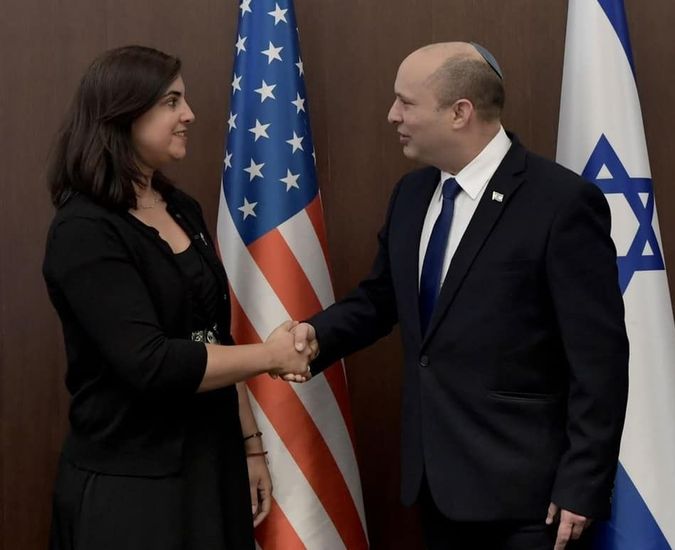 Rep. Nicole Malliotakis with Israeli Prime Minister Naftali Bennett at his office in Jerusalem earlier this month. Image by Courtesy

Malliotakis described the trip as “very productive” because it gave the members a chance to build personal relationships and get to know some of the new faces of the Israeli government. “I think they were just pleased to see Americans from both parties being there and having an honest, open discussion about how to strengthen our relationship, and everyone was pleased,” she said.

Malliotakis, who shared a Zoom call with former Prime Minister Benjamin Netanyahu after her election in 2020, said she found PM Naftali Bennet to be “impressive” during his two-hour dialogue with the group.