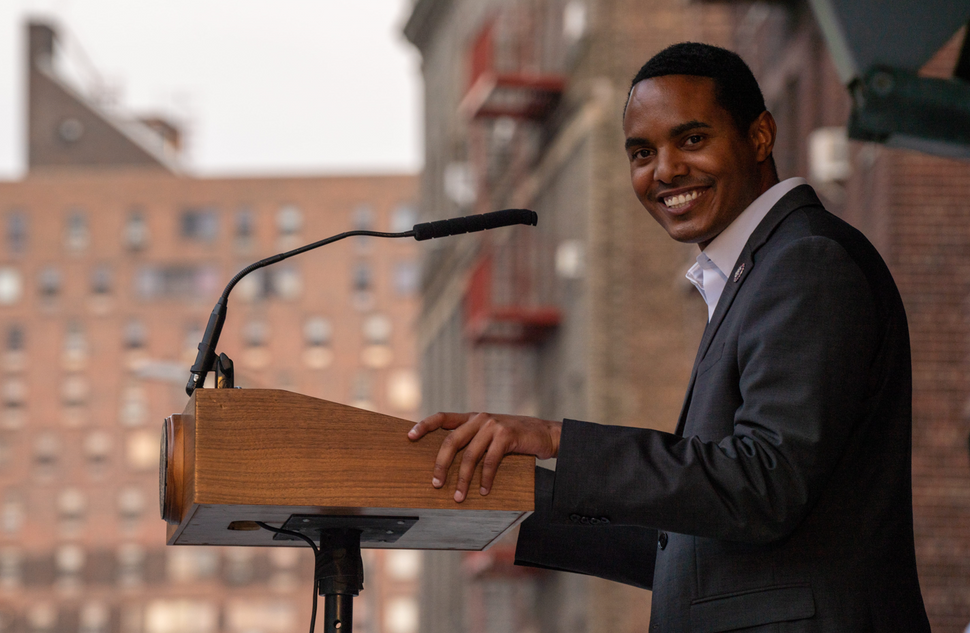 Ritchie Torres, a first-term Democratic congressman from New York, suggested on Tuesday that the Black-Jewish alliance could save his party from being overtaken by the far-left progressive movement in the 2022 midterm elections.

Torres, who describes himself as the embodiment of a pro-Israel progressive, pointed to the recent election in Ohio’s 11th Congressional District where the Jewish community’s support of Shontel Brown delivered her a stunning victory over Nina Turner, the progressive candidate and early frontrunner. The candidates’ stances on Israel became a contentious issue as outside groups spent over $2 million to mobilize the Jewish vote against the far-left of the party.

During a Zoom call hosted by Pro-Israel America, one of the groups that raised money for Brown in the special election earlier this month, Torres described the outcome as a defining moment in the battle against the progressive movement in what he referred to as a “civil war” within the Democratic Party. “For the first time ever, we saw signs of a counter-revolution,” he said. “We have shown that if we push back, if we resist the hard-left, fiercely competitive races can be won.”

“I think the lesson learned is to keep fighting,” Torres said.

Torres became the only congressional candidate in 2020 to win a competitive race that the Democratic Socialists of America endorsed a candidate by touting a strong pro-Israel message. Torres, who is running for re-election next year, suggested that his win “would be a powerful message that reverberates across the country” by showing that one can be both progressive and pro-Israel and survive politically.

On the call, Torres highlighted the strength of a Black-Jewish alliance as evident in recent elections in New York. In June, Eric Adams won the Democratic nomination for mayor with the support of the Jewish community, and in 2019, Melinda Katz, a longtime Jewish Democratic politician, eked out a win against Tiffany Cabán, a prominent progressive activist, in the race for Queens District Attorney.

“There’s a natural marriage between the pro-Israel Jewish community and the African American community,” Torres explained. “And that can be the marriage that saves our party from the extreme hard-left.”