Eytan Stibbe, the former Israeli Air Force pilot who is self-funding a trip into space aboard SpaceX’s Axiom Mission 1 in January, has chosen a particularly apt piece of Jewish heritage to accompany him: a coin from the era of the Bar Kochba revolt, bearing the name of its leader, Shimon Bar Kochba.

Bar Kochba — whose moniker literally means “son of the star” in Aramaic — was a 2nd-century Jewish leader, who led a band of revolutionaries in revolt against the Romans in the year 132 AD, some 60 years after the destruction of the Second Temple.

Bar Kochba managed to oust the Romans from Judea and established an independent Jewish state, making him one of the most well-known Jewish leaders of the ancient world.

However, that success was short-lived. After three years of independence, the Romans returned in force, crushing his revolt and fomenting the exile of Jews from the Levant. 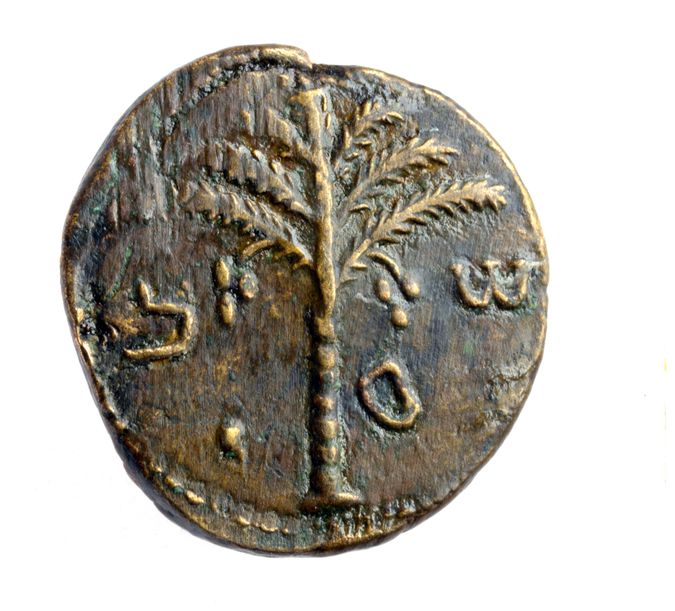 The coin was recently discovered in the so-called Cave of Horrors. It’s the same place where new fragments of the Dead Sea Scrolls were found, as well as what may be the oldest woven basket — believed to be more than 10,000 years old.

Stibbe was presented with the coin by the Israeli Antiquities Authority, after being shown a variety of space-related artifacts in their collections.

“I saw the coin, minted with the palm tree and vine leaves, that for me represents the connection to the land, the love of the country, and the desire of the population of Israel in those years for independence,” Stibbe said. “I will be taking with me a bag filled with items that have a special meaning to me. It was clear to me that one of these items will be a symbol of Jewish history.”

Eli Eskosido of the Israel Antiquities Authority called the decision to bring the coin “a historic meeting between the ancient world and the height of human innovation.”

Stibbe isn’t the first person to bring a piece of Jewish cultural heritage into space.

Ilan Ramon, Israel’s first astronaut and a descendent of Holocaust survivors, brought with him a Torah scroll which had survived the Bergen-Belsen concentration camp, during his ill-fated trip on the space shuttle Columbia in 2003.

Ramon was killed and the scroll was incinerated when the shuttle exploded upon reentry into the Earth’s atmosphere.

Stibbe was a close personal friend of Ramon, and was inspired by his legacy.

However, his mission differs starkly from Ramon’s, which was research-focussed. In fact, Stibbe was originally supposed to be joined on the mission by actor Tom Cruise, whose flight was set to be included in the next “Mission: Impossible” film.

Cruise dropped out after the pandemic derailed the film’s production schedule.