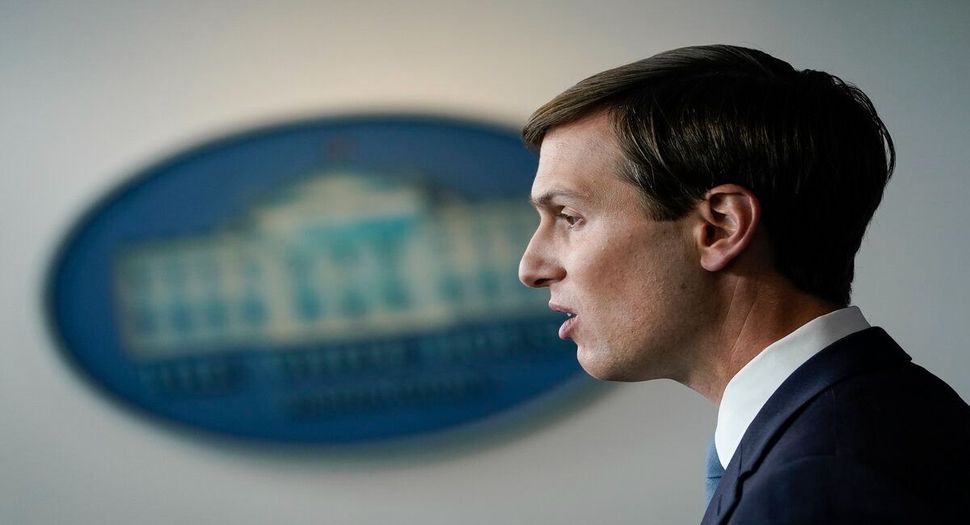 Eight months after leaving the White House as the architect of Donald Trump’s vision for peace in the Middle East, Jared Kushner reappeared in public on Tuesday to celebrate the first anniversary of the four normalization agreements between Israel and Arab countries in the Gulf region.

“Thanks to the agreements, we are watching the Middle East transform before our eyes,” Kushner told a crowd of close to 100 dignitaries, Republican activists and others at the start of the inaugural event of his newly-created Abraham Accords Peace Institute, held at the Four Seasons Hotel in Washington, D.C.

In attendance were the ambassadors of Israel, the United Arab Emirates, Bahrain and Morocco, as well as the Sudanese envoy to Washington, another Arab country that promised to start formalizing relations with Israel. Yael Lempert, acting assistant secretary of state for near eastern affairs, represented the Biden administration and Rep. Ted Deutch, a Democrat from Florida, gave the event a more bipartisan face. Lempert spoke at a lunch that was closed to the press. Secretary of State Tony Blinken is expected to host a virtual meeting with the foreign ministers of Israel, the UAE, Bahrain, and Morocco on Friday. 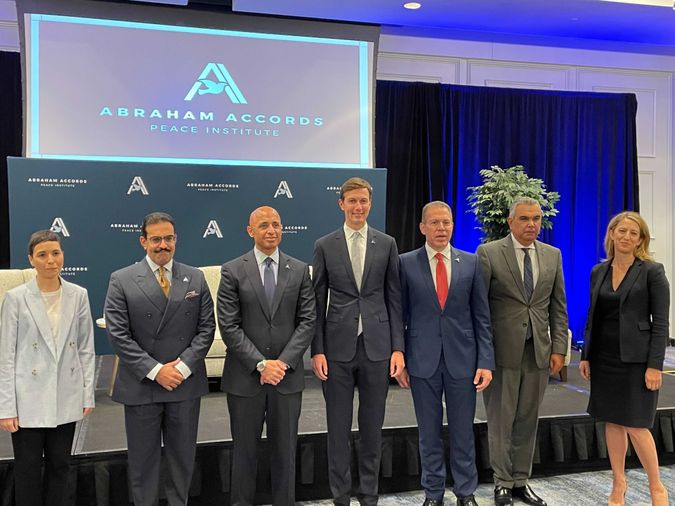 Jared Kushner and the ambassador of Israel, the United Arab Emirates, Bahrain and Morocco at an event marking the first anniversary of the Abraham Accords on September 14, 2021

​​While President Joe Biden has publicly committed to expanding these agreements, administration officials have refrained from using the term “Abraham Accords” coined by the Trump administration and have suggested that the agreements are a positive step towards achieving durable peace between Israel and the Palestinians. In his remarks, Kushner warned that if the Abraham Accords “are not nurtured, we run the risk that they could go backward.” He ignored a question from the Forward, with an aide saying he’s not talking with the press.

“The administration embraces the Abraham Accords and the need to continue to build upon it,” Deutch said in an interview. He suggested that the agreements and the recent change in government in Israel are a sign of how the region is evolving.

Deutch, who visited Israel on a congressional delegation in July and is a close ally of Foreign Minister Yair Lapid, said it’s important that the new government is working to improve the lives of Palestinians by taking an “approach of shrinking the conflict while not taking off the table the idea of a two-state solution.”