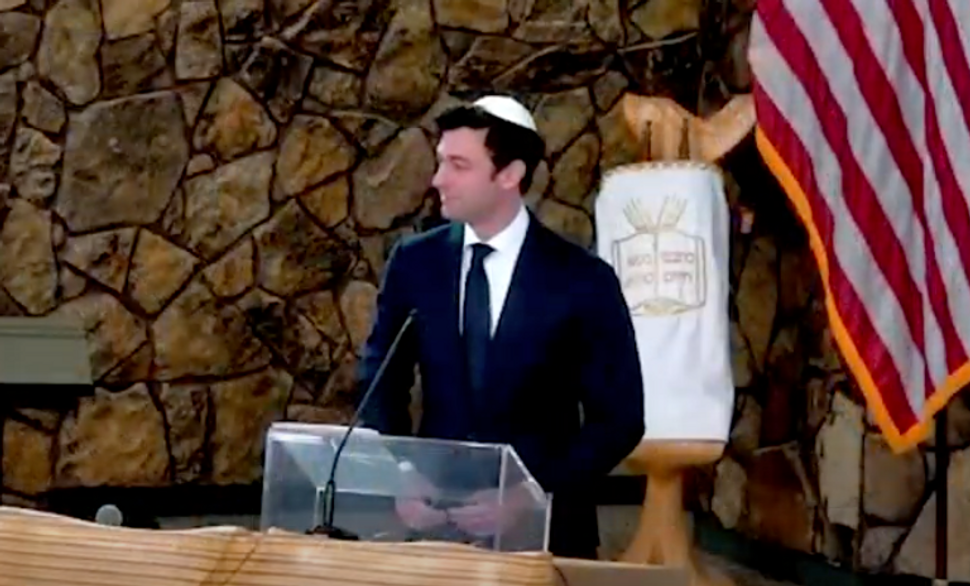 There have been two antisemitic incidents at Cobb County high schools in the past week. First, at Pope High School, the boys bathroom was defaced with swastikas and the misspelled phrase “Hail Hitler.” A few days later, at Lassiter High School, similar graffiti was found in the bathrooms there.

“My generation was raised with the words, ‘never forget’, pressed into our minds,” Ossoff told the congregation.

“And so when at Pope High School in Marietta, Georgia, a swastika and a tribute to Adolf Hitler are scrawled on school walls — during Yamim Noraim, our Days of Awe, no less, it must inflame in us the same passion for the survival of our people that burned in the hearts of the generation that emerged from the Shoah, and built a future for the Jewish people here in America, around the world, and in the land of Israel,” he said.

Ossoff, 34, is an Atlanta native who grew up attending services at The Temple in Midtown Atlanta. That congregation gained national attention in the autumn of 1958 when a bomb exploded, causing severe damage to the building. Five white supremacists linked to the KKK were arrested for the attack, but none were ever convicted.

Ossoff, who recently returned from a Congressional delegation to Israel, also used the Yom Kippur sermon to talk about his great uncle, a Holocaust survivor. Watch it below: