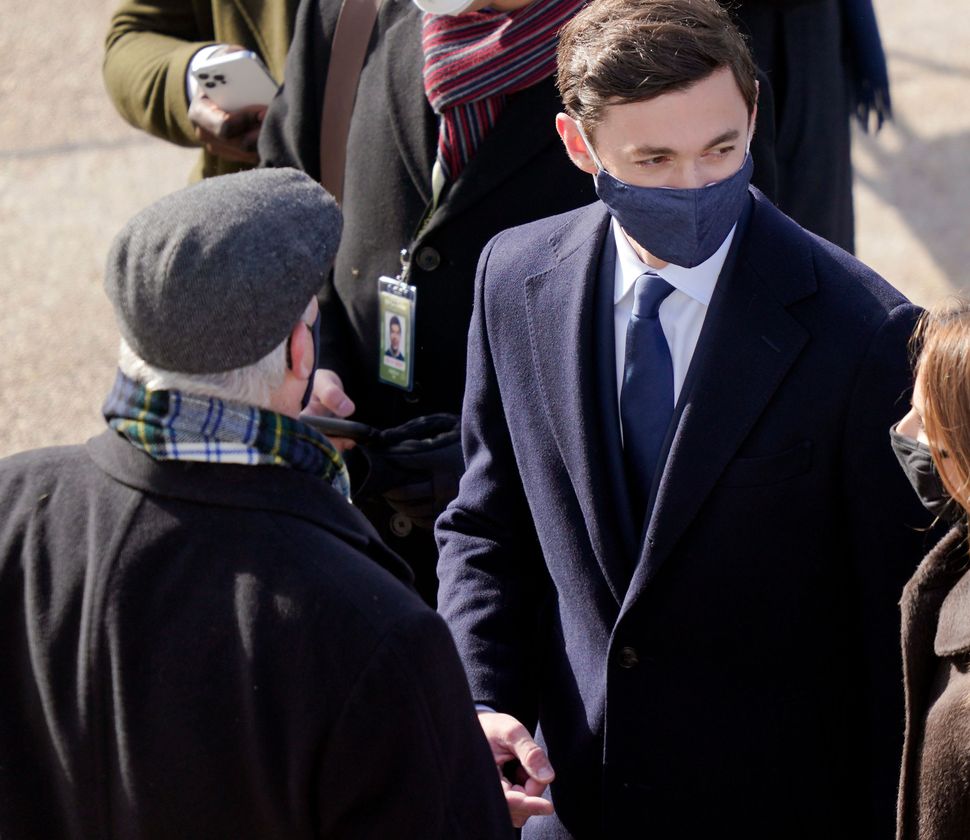 Senator-elect Jon Ossoff (D-GA) arrives at the inauguration of U.S. President-elect Joe Biden on the West Front of the U.S. Capitol on January 20, 2021 in Washington, D.C. By Drew Angerer/Getty Images

While much of the world smiles at the “firsts” attached to Vice President Kamala Harris’ swearing in, I think as well of something closer to home. It sounds like the opening line of a Borscht Belt joke: “A Jew and a Black minister walk into the Senate …”

When the results came in from Georgia’s run-off Senate races, I recited the sh’hechianu prayer, thankful to be alive to witness it. As a native of Atlanta, born when Calvin Coolidge was President, Jim Crow prevailed and white people rose to give the rebel yell at the first strains of “Dixie,” it didn’t seem likely that Georgians would ever send a Black minister and a young Jewish filmmaker to represent them in Washington. 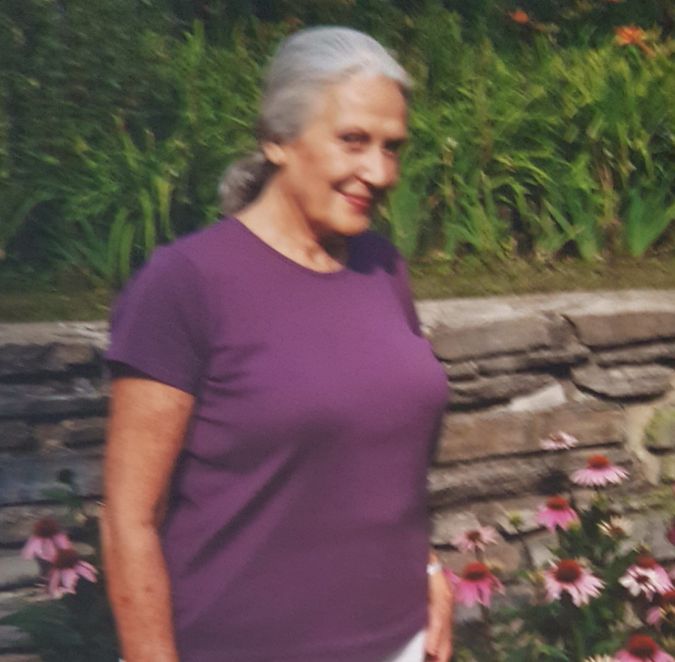 Throughout my childhood and early adult years, Georgia was a one-party state led by race-baiters and worse. Long time Jewish residents still quaked inwardly remembering the trial of Leo Frank in 1913, followed by his kidnapping and lynching two years later. They adhered to the philosophy directing them, in effect, to sit in the back of the room and not raise their hands.

That fear was dispelled in 1958 after an act of the violence we’d long feared, when The Temple, the Atlanta congregation led by my late husband Rabbi Jacob M. Rothschild, was bombed in retaliation for his civil rights activism. The indignant city, led by Mayor William B. Hartsfield, overwhelmed us with sympathy and support. We began to see more Jewish hopefuls run for government office successfully, apparently unhampered by antisemitism. None of us believed that hatred had magically dissolved, only that it had crawled back under the rug for a while.

Now, reflecting on our great joy at being represented in the Senate by two good men who share our values, I have the very personal joy of knowing that one of those senators, Jon Ossoff, chose the symbolic gesture of taking his oath of office using my late husband Rabbi Rothschild’s chumash, a book containing the five books of Torah in Hebrew. My husband used that particular book so extensively, its covers had to be taped back on.

The moment became even more meaningful to me and my family when we realized that Jon Ossoff never met Jack Rothschild — Senator Ossoff was born 13 years after Jack’s death — or, indeed, any member of our family. I presume Senator Ossoff based his decision on the concept, central throughout Judaism, of teaching our values to each successive generation. For that we thank Jack’s successors at the Temple, where the senator became bar mitzvah, who have taken such care to honor Jack’s memory. 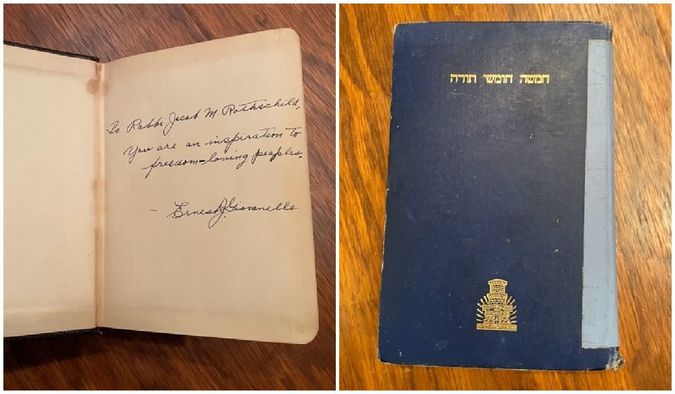 Spreading a warm glow over the entire moment, for me, is the connection that chumash invokes recalling our friendship with Martin Luther King, Jr., and Coretta Scott King. We grew close to them in the years after the bombing, and seeing Ossoff sworn in on my husband’s book alongside Rev. Raphael Warnock, I felt such joy imaging how they and Jack might react to the moment.

I like to imagine Martin and Coretta holding hands as they look down on us, smiling and singing “We Shall Overcome.” We’re not there yet, but today is a wonderful milestone along the journey.

Janice Rothschild Blumberg is a historian of Southern Jewish history, an author and the widow of Rabbi Jacob M. Rothschild.