Q & A: The Freedom Rider rabbi arrested on the same day as John Lewis 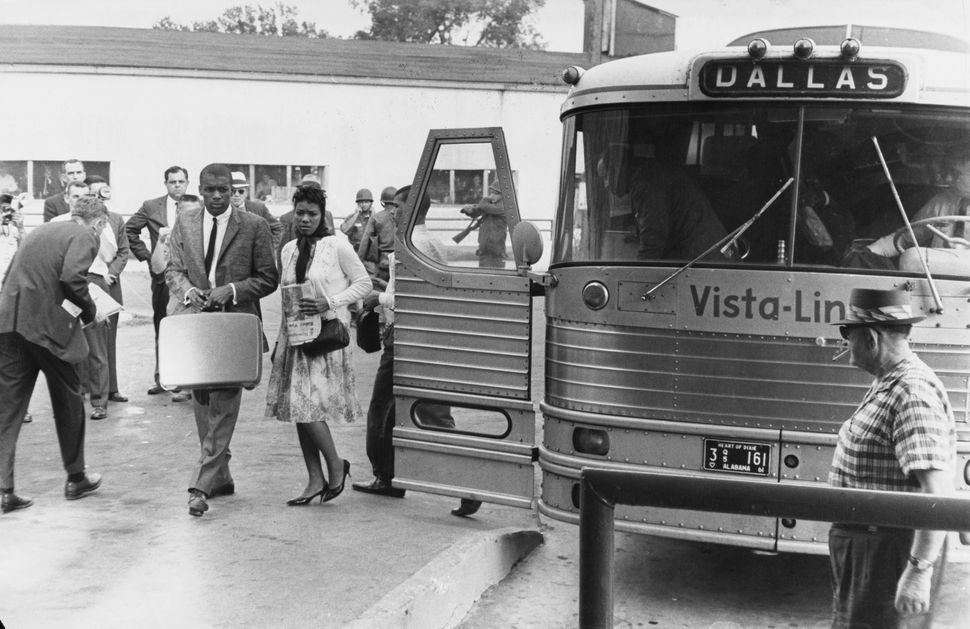 Freedom Riders disembark from their bus en route from Montgomery, Alabama, to Jackson, Mississippi, as they seek to enforce integration by using ‘white only’ waiting rooms at bus stations, 26th May 1961. By Getty Images

In 1961, the story of the Freedom Riders captured the American imagination: young, mostly white Northern students teaming up with Southern, mostly black civil-rights activists to stage acts of civil disobedience by simply riding together on segregated buses.

Traveling through the South in Integrated groups, the activists faced violence and arrests, followed by weeks-long stays in prisons, often under abusive conditions. Those circumstances, and their courage in facing them, brought a powerful new wave of attention to racial injustice, and served as a catalyst for major new civil-rights initiatives.

Among the Freedom Riders imprisoned was Rabbi Philip Posner, then a seminary student in California. 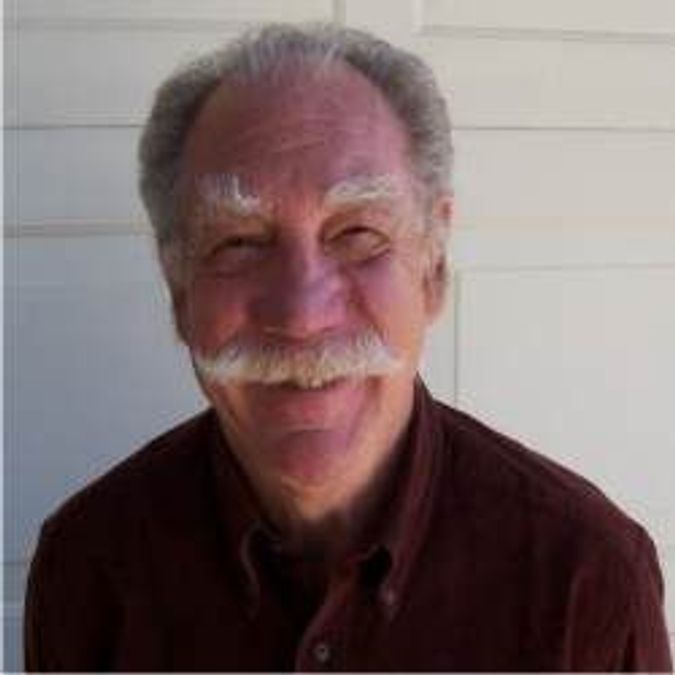 After being arrested during a sit-in in Jackson, Miss., Posner spent 39 days in the infamous Mississippi State Penitentiary at Parchman. Now 82, Posner has been reflecting on that experience with fresh intensity since the death last summer of Rep. John Lewis, who was arrested in Jackson on the same day. Lewis’s death made Posner more acutely aware that the number of living Freedom Riders is declining — and that, especially in a moment energized by the Black Lives Matter movement, the lessons from that long-past summer remain urgent.

I spoke by phone with Posner, who splits his time between Santa Cruz, Cali. and Guadalajara, Mexico, and is currently developing an educational film about the Freedom Rides for high school students. The interview has been edited for length and clarity.

How did you get involved with the Freedom Rides?

I grew up in Santa Monica, California. I grew up in an environment which was socially activist. My mother was active in the NAACP. I had a wonderful social activist rabbi named Albert Lewis. When I told Rabbi Lewis I was thinking about becoming a Freedom Rider, he said “If I were in your shoes, I would go.” The Religious Action Center of Reform Judaism — that influenced me, too.

I heard about the Freedom Rides from a friend of mine. I was born in ‘38, it was 1961, so I was, what, 23? I was already in the seminary, in the pre-rabbinic program. Toward the end of May, we started being trained in civil disobedience. In June, we flew by Delta Airlines from L.A. to Jackson, Mississippi.

And what did you do once you got there?

We went into a train terminal, and we sat, Black and white together, and we were ordered to move. We refused; we started singing “We Shall Not Be Moved.” Because we didn’t move, we got arrested for breach of the peace. The first night we spent in the county jail, and then we were ordered to Parchman. The Congress of Racial Equality wanted us to stay as long as possible to put pressure on the institution.

We were in a large barracks-type building, the white Freedom Riders. Then we were sent to the maximum-security area. I was with a group of fascinating individuals. When we were in the penitentiary we took a poll of our religious identities. Protestants were the majority, Jews were the second, and then Catholics. We would often get up at 5 in the morning and have discussions in the cellblock. Someone would give a lecture; people talked about religion, they talked about politics, they talked about their personal lives.

Singing was a big part of providing a sense of solidarity and morale. The prison officials did not like it. There was an occasion when the Black Freedom Riders were singing, and they were threatened, as we were very often threatened, to be hosed down. And I think that happened, but they kept singing. And then they put a bunch of them in one 9 x 6 cell, and some of them almost suffocated.

What happened when you were released?

We got out on bond, and then we had to come back for a trial. We came back about three weeks later. All of this was paid by the Congress of Racial Equality. We declared we weren’t guilty. Eventually the Supreme Court ruled that segregation was wrong in transportation facilities, and the case was dropped. After that, I could go back to Mississippi without worries.

How did the Freedom Rides influence the rest of your life?

I think that it gave me a sense that people can make a difference. The experience made me more conscious of the fact that it’s not up to you to finish a task all by yourself, but neither are you free to desist from trying. We have this wonderful message in Judaism that we have a responsibility to make a difference.

I was ordained from HUC Cincinnati in 1968, was an assistant rabbi to Jack Rothschild. You know about the bombing of The Temple? That was my temple. Jack was friends with MLK. I was an assistant rabbi there. I continued to be involved with the NAACP and CORE. I was arrested in Torrance, California, because we were integrating certain housing facilities. We would send African Americans and then whites to buy a home. They would say there was nothing available to the Blacks, but then the whites would be welcome. We sat in there. I spent a night in the Torrance jail.

All my career as a rabbi I’ve been involved in social acts. I went to El Salvador to provide solidarity during the civil war. I also co-founded the Rabbinic Network for Ethiopian Jewry. All my life I’ve been a social activist, and I feel grateful.

Have you stayed in touch with your fellow Riders over the years?

Going to Jackson in ‘61, we were not exactly welcomed. When we went 50 years later, downtown Jackson had signs all over saying “Welcome, Freedom Riders.” The Black community welcomed us; so did the white community. We were kind of like historical heroes. I had the best barbecue I’ve ever had. And I got to see some of my colleagues. That’s when I met John Lewis. It was a really wonderful experience.

Do you think the Jewish community has a responsibility to be involved in contemporary civil rights efforts?

Correction, January 19, 1 pm: A previous version of this article stated that Posner spent time in jail in El Salvador, which is incorrect.

Talya Zax is the Forward’s innovation editor. Follow her on Twitter, @TalyaZax, or email her at zax@forward.com

Q & A: The Freedom Rider rabbi arrested on the same day as John Lewis