A new report shows antisemitic hate crimes declined in Los Angeles County last year from the year prior, even as hate crimes in the county increased by 20% overall and antisemitic incidents nationwide remained high.

The Los Angeles County Commission on Human Relations’ 2020 Hate Crime Report shows the number of antisemitic hate crimes decreased from 105 in 2019 to 86 last year, while the number of overall hate crimes jumped from 530 to 635.

About two-thirds of the antisemitic hate crimes last year were incidents of vandalism, and 11 of the 86 were assaults.

Hate crimes against Blacks, Latinos and whites accounted for most of the overall increase.

Additionally, the report noted the prevalence of white nationalism as a catalyst for hate crimes, with Jewish people being the most frequent targets of that sentiment.

The decrease in antisemitism numbers run counter to concerns expressed by some Jewish organizations after the August Black Lives Matter protests, during which vandals attacked some Jewish-owned businesses and institutions, but left other notably Jewish establishments, such as Canter’s Deli, untouched. 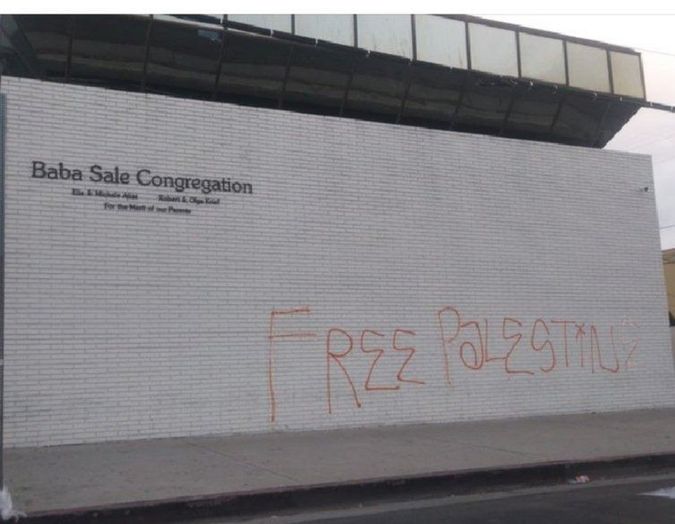 Numerous posts circulated widely on social media at the time asserting that Black Lives Matter uprisings were fueling an uptick in antisemitism, though then-chief executive of the Los Angeles Jewish Federation, Jay Sanderson, tried to reassure those concerned that the community was not being targeted.

While antisemitic hate crimes accounted for nearly 90% of the crimes against religious groups, the total of 86 such incidents was barely half the number of anti-Black hate crimes, which spiked last year by roughly 35%.

While the report did not include an appendix containing all 635 hate crimes in the county last year, it did list a few examples: a pink swastika drawn on a Jewish person’s car windshield, a Jewish woman who was told “all you Hassidic Jews break the law,” and “SS” and “88” (denoting “Heil Hitler”) spray painted on the Iranian American Jewish Center in North Hollywood.

The commission data produced a similar number to the one reported by the Anti-Defamation League in its 2020 report on antisemitism in the U.S., which was released in April and concluded that incidents dropped 4% in 2020. The ADL reported 78 such events in the city of Los Angeles, with countywide data not readily available.

The county commission and the ADL had slightly different criteria in their studies, mostly because the commission only qualified certain types of antisemitic events as hate crimes. Any report of neo-Nazi graffiti would count toward the ADL total, but it would not qualify as a hate crime in the county study unless there was a specific target, for example, if it was on the wall of a synagogue.

A synagogue being defaced with graffiti that said “Free Palestine” and “Fuck Israel” was included as an incident, but only 1% of hate crimes (five in total) were related to conflict in the Middle East.