David Schoen, ZOA chair and Jewish attorney who defended Trump, to represent Steve Bannon on charges of contempt of Congress 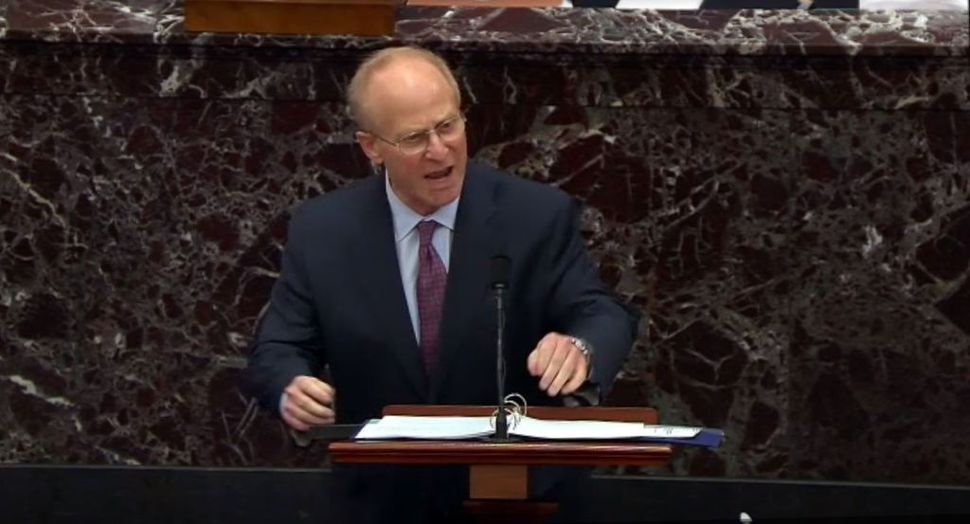 (JTA) — David Schoen, the Atlanta lawyer who represented Donald Trump in his impeachment proceedings and the current chair of the Zionist Organization of America, will represent Steve Bannon as he appears in court on Monday on charges of contempt of Congress.

The news was first reported on Twitter by Insider reporter Ryan Barber.

Just now: David Schoen, a member of Trump’s second impeachment defense team, has entered an appearance to represent Steve Bannon, who’s set to surrender to authorities Monday and make an initial court appearance after being charged with contempt of Congress. pic.twitter.com/RzafVfdpbk

Bannon faces two counts of contempt of Congress by a federal grand jury for refusing to comply with a subpoena from the House committee investigating the Jan. 6 attack on Congress.

Schoen represented Trump when the president was impeached in the wake of the Jan. 6 attack. Schoen famously did not work on the case on Shabbat and often placed his hand on top of his head while taking a sip of water in place of the kippah he usually wears.

Schoen, who has worked on a number of Jewish cases in the past — and was set to represent Jeffrey Epstein in court before the Jewish financier was found dead in jail — was in October elected as chairman of the Zionist Organization of America, which has moved increasingly rightward in its politics in recent years. He is also a board member of the Alabama chapter of the American Civil Liberties Union.

David Schoen, ZOA chair and Jewish attorney who defended Trump, to represent Steve Bannon on charges of contempt of Congress