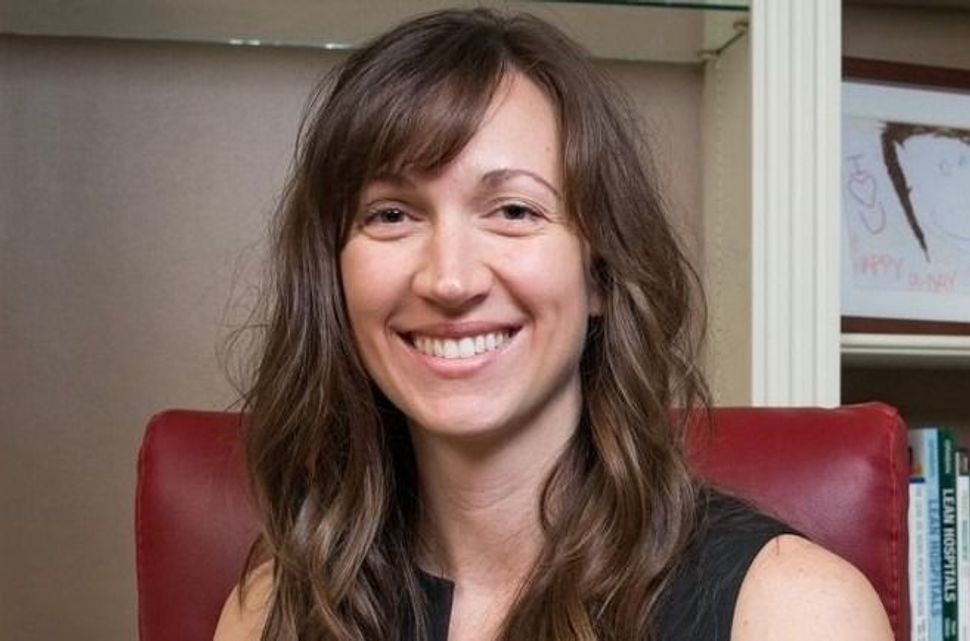 Marjorie Taylor Greene has harassed colleagues, flouted Congress’s COVID safety rules and issued a torrent of remarks and tweets deemed antisemitic since the Georgia Republican was elected to Congress in 2020. If she wins re-election next year, she would join what many are predicting will be a Republican majority in 2023.

Jennifer Strahan says it doesn’t have to be this way.

Strahan, a mom who runs a healthcare company, is the best-funded of the three candidates challenging Greene in the 2022 Republican primary to represent Georgia’s 14th congressional district, where former President Donald Trump beat then-candidate Joe Biden in 2020 with 73% of the vote. Several Democrats have also filed to run against Greene in the general election. 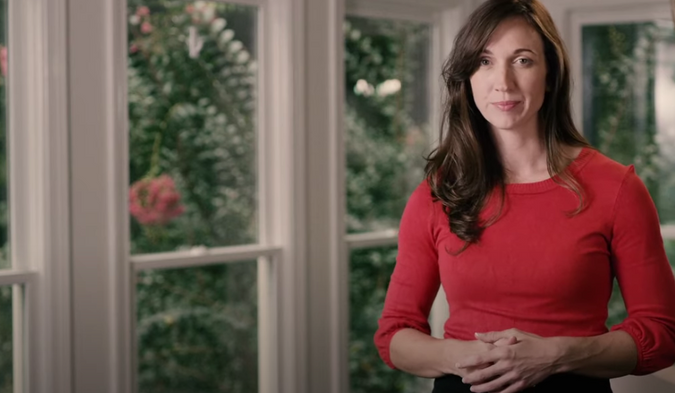 Jennifer Strahan is one of three candidates who are challenging Marjorie Taylor Greene in the 2022 Republican primary to represent Georgia’s 14th congressional district. Image by Screenshot

While the incumbent has a war chest of over $3.2 million cash on hand after raising a whopping $6.3 million this year, according to recent FEC filings, Strahan — who has raised $56,000 since announcing her bid — sees a path to victory. She said Republicans who supported Greene in 2020 are tired of her toxic behavior, and an influx of Democratic voters, a result of redistricting, could help her prevail in the open primary.

“I have not spoken to anyone yet who’s been pleased with her progress,” Strahan, 35, said of Greene in a recent interview. “At the end of the day, representatives are held accountable and should be held accountable to their districts and to the people who vote for them.”

A devout Christian, Strahan said she “felt a personal call to run” to give constituents a seat at the table.

The Democratic-led House of Representatives in February stripped Greene of her committee assignments, citing her past provocative remarks and her apparent support of violence against Democrats.

“Greene continues to show why she has zero influence in Congress and can’t get anything done for Georgia,” Strahan said. “Even if she were on committees, she could not be an asset because she doesn’t have the relationships and influence to push forward important dialogue and decisions that could bring value to Georgia and to Americans in general.”

She was reluctant to call the congresswoman an antisemite but described her Jewish laser comments as “antisemitic.” Greene in a 2018 Facebook post repeated the antisemitic conspiracy theory that a California wildfire was started by a laser from space funded by the Rothschilds, a Jewish family. Strahan also pointed to Greene’s recent embrace of the Nation of Islam — a group whose leaders have regularly trafficked in antisemitic tropes — in her fight against coronavirus vaccinations.

Strahan said she has also held conversations with various Jewish advocacy groups in Georgia before deciding to run.

And as a politician relying on some Democratic voters, who may choose to vote in the GOP primary in hopes of unseating Greene, Strahan presented herself as a “sensible” conservative who is willing to listen to the concerns of people she disagrees to find common ground. She also declined to say whether she supports Kevin McCarthy of California for House speaker. Greene has threatened to vote against him if he doesn’t give in to her demands, which include kicking several moderate Republicans out of the House Republican Conference.

“We have to win our own race first before we get the opportunity to vote in leadership elections, so that’s my focus,” Strahan said.

As for her own record as a voter, she cast a ballot for Trump in 2020. “I vote Republican,” she said when asked if she’s ever voted for a Democrat.

Strahan has never been to Israel, though she said it’s on her bucket list. Her campaign shared a policy paper on Israel, in which she highlights her faith and views on the Israeli-Palestinian conflict and her opposition to the Boycott, Divestment and Sanctions movement. She writes that her mother “worked directly with Israelis as a leader for a company that built reactive armor for U.S. military tanks.” A supporter of the two-state solution, Strahan said she opposes any agreement imposed on Israel by a third party.

Her favorite Jewish dish: latkes. “I believe that we should try to stay healthy and work out so that we can enjoy the good things in life,” she joked.