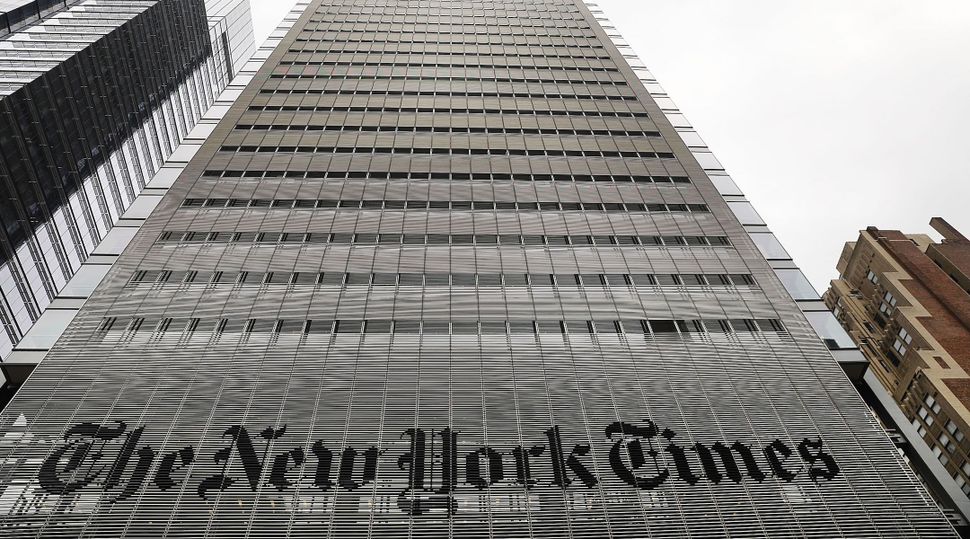 (JTA) — A professor in Gaza whom the New York Times profiled as “calmly teaching Israeli poetry” has in fact derided Israeli poems in class, according to a 266-word editor’s note the newspaper appended to the original story Tuesday.

The article, written by the paper’s Jerusalem bureau chief Patrick Kingsley and published last month, “did not accurately reflect” Refaat Alareer’s views of Israeli poetry, according to the note.

“Had The Times done more extensive reporting on Mr. Alareer, the article would have presented a more complete picture,” the note read.

The article, billed as a “Gaza City Dispatch,” featured Alareer, a Palestinian professor of literature in Gaza, as he taught a poem by the Israeli poet Yehuda Amichai. It casts Alareer’s teaching of Israeli poetry — and his praise of it — as an anomaly in Hamas-controlled Gaza.

Here was an appreciation of one of Israel’s best-loved poets from a Palestinian professor at a university co-founded by the former leader of Hamas, the militant group that runs the Gaza government, does not recognize Israel, and was responsible for dozens of suicide attacks on Israelis. Experts say the study of Israeli poetry in Palestinian colleges is rare, though not unheard-of.

What Mr. Alareer admired about the poem, “Jerusalem,” he told his students, was the way it blurred divisions between Israelis and Palestinians and implied that “Jerusalem can be the place where we all come together, regardless of religion and faith.”

But in the editor’s note added to the story Monday, the Times acknowledged that Alareer has shared a sharply different view in sessions of the class not attended by a reporter:

However, in a video of a class from 2019, he called the same poem “horrible” and “dangerous,” saying that although it was aesthetically beautiful, it “brainwashes” readers by presenting the Israelis “as innocent.” He also discussed a second Israeli poem, by Tuvya Ruebner, which he called “dangerous,” adding “this kind of poetry is in part to blame for the ethnic cleansing and destruction of Palestine.”

When The Times asked Mr. Alareer about the discrepancy, he denied that there was a “substantial change” in his teaching and said that showing parallels between Palestinians and Jews was his “ultimate goal.” But he said that Israel used literature as “a tool of colonialism and oppression” and that this raised “legitimate questions” about Mr. Amichai’s poem.

The New York Times published a piece by Alareer during the May conflict between Israel and Hamas titled, “My Child Asks, ‘Can Israel Destroy Our Building if the Power is Out?” At the time, the pro-Israel watchdog group Honest Reporting criticized the decision to publish Alareer, pointing to numerous social media posts where he compared Israel to Nazi Germany and wrote that Zionism was “a far more dangerous cult than Nazism.”

CAMERA, a media watchdog, delved into the matter and uncovered the 2019 video in which Alareer said the Amichai poem “brainwashed” readers, which apparently precipitated the editor’s note.