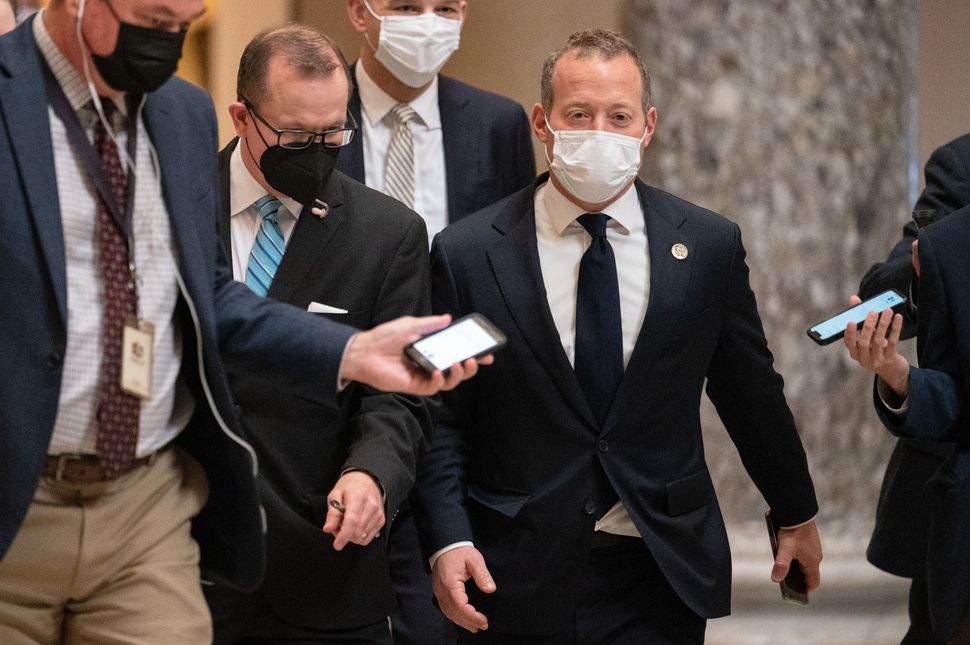 Rep. Josh Gottheimer, a New Jersey Democrat, said in a speech Monday that protesters from the Working Families Party had screamed “Jew” at him during a September event. The organization has spent the week denying that claim, amid an escalation with the longtime foe. Photo by Getty Images

There’s no love lost between Rep. Josh Gottheimer and activists from the Working Families Party, who have assailed the New Jersey Democrat’s opposition to their progressive priorities. But that feud escalated this week, when Gottheimer said in a speech that party members had hurled antisemitic abuse at him during a protest.

“Not long ago, I held an event in my district to talk about the benefits of the bipartisan federal infrastructure bill, only to have members of the Working Families Party disrupt the event by screaming ‘Jew’ at me,” Gottheimer told Jewish students at Rutgers University Hillel Monday. “What has our country come to?”

“If I heard that – anything like that – I would have left immediately,” one protester said of the alleged slur.

Gottheimer’s speech led the influential Jewish Insider newsletter the next day and won praise from the Anti-Defamation League. But the Working Families Party — which is active in a dozen states and supports progressive Democrats — has spent the days since seeking to refute it – compiling video from the September event in question and making attendees available for interviews.

“We basically did a total Zapruder film thing trying to figure out what he was talking about,” said Sue Altman, the organization’s New Jersey director. “There just wasn’t anything — any evidence — that we could find at all.”

But Gottheimer was resolute when told this in a brief interview on Friday.

Jonathan Greenblatt, head of the ADL, praised Gottheimer’s Rutgers speech on social media Tuesday and an ADL spokesman said Greenblatt stood by his statement. “If the Congressman says he was the victim of an antisemitic remark, we take him at his word,” the spokesman wrote in an email. 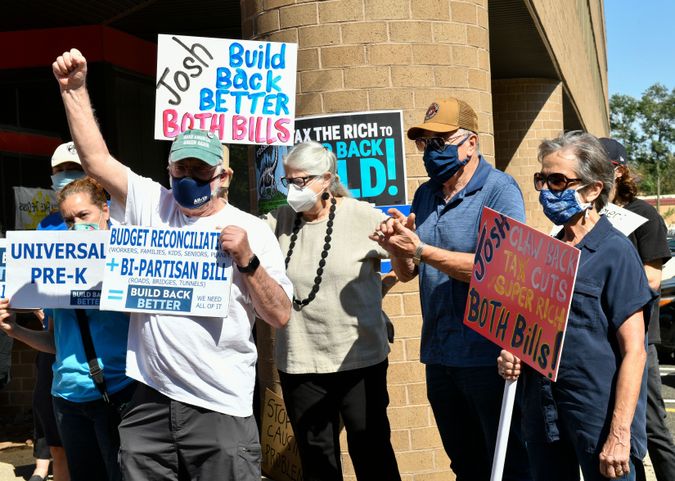 Protesters attend a “Hold The Line To Build Back Better” rally at the office of Democratic Rep. Josh Gottheimer on September 27, 2021 in Glen Rock, New Jersey. Photo by Getty Images

The incident is a notable escalation amid long standing animosity between Gottheimer, who in 2016 became the first Democrat to win his conservative district since 1931, and progressives who quickly became frustrated with his stances on social spending, Israel and host of other issues. He is among a number of pro-Israel Democrats facing criticism and possible primary challenges from the left next year, a trend that AIPAC said would be a focus of its new efforts to directly fundraise for pro-Israel candidates.

The Rutgers speech was also not the first time that Gottheimer has accused his political opponents of antisemitism, having signed a letter with three of his Democratic colleagues in May criticizing members of the party who had accused Israel of “apartheid” and “terrorism.”

“These statements are antisemitic to their core and contribute to a climate that is hostile to many Jews,” stated the letter, which was widely understood to be referring to progressives, including Reps. Ilhan Omar of Minnesota and Alexandria Ocasio-Cortez of New York.

But while claims of antisemitism frequently arise over Israel, Gottheimer’s statement about the Working Families Party did not involve the Middle East. It centered instead on an event in Bergen County on Sept. 20 where he appeared with U.S. Commerce Secretary Gina Raimondo.

The duo were visiting businesses in downtown Glen Rock, in the northern part of the state, to promote the federal infrastructure package. A coalition of progressive groups, including the Working Families Party, turned out to protest Gottheimer’s refusal to support President Joe Biden’s social spending package until the infrastructure legislation received a vote. 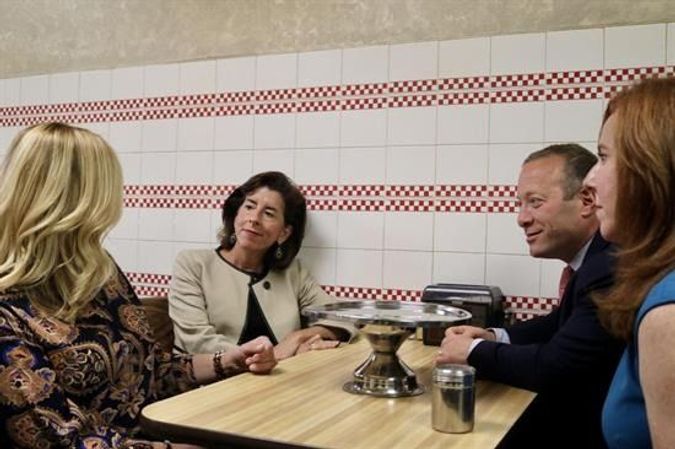 Gottheimer’s office said the “Jew” comments were yelled at the congressman as he entered a bakery with Raimondo. The Working Families Party shared two dozen video clips from outside the bakery with the Forward, showing a crowd of roughly 30 people waving signs, chanting and singing.

“You can’t hide, Josh, you can’t hide,” the group of protesters in the video, who appear to be mostly senior citizens, chanted at one point.

Gottheimer rejected the possibility that he had misheard a comment or chant from the Working Families Party members.

“This was not a misunderstanding, and that slur is hateful,” he said in a statement. “Instead of denying the incident, they should join me and reject hate speech.”

Altman, of the Working Families Party, condemned antisemitism in a statement, calling it a “scourge that is all too real in America today, with the rise of right-wing white nationalism that has spilled into deadly shootings at synagogues.”

“It is for that reason that spurious and false allegations of antisemitism are extremely dangerous; they cheapen real ones,” Altman said. “We believe Rep. Gottheimer has gotten inaccurate information and respectfully ask that he retract it.”

Gottheimer’s office said he told two local reporters about being called a “Jew” at the time of the event. One of those journalists, Fred Snowflack, who works for InsiderNJ, wrote an article about the protests that stated: “Sources tell us that verbal insults were hurled at the congressman and that one protester intentionally bumped into a Gottheimer staffer.”

Altman said that protesters came close to Gottheimer only briefly, as he went through the bakery’s side door. Lisa Schwartz, who was one of a small handful of protesters closely trailing Gottheimer as he entered the bakery, said she did hurl an insult at him in the parking lot – but nothing antisemitic.

“The one thing I did say is, ‘You’re a coward,” Schwartz, a retired social worker who lives in Teaneck, said in an interview. She is Jewish and said she was shocked to hear Gottheimer accuse people in the crowd of making antisemitic remarks.

“That’s hate speech, it’s horrible,” said Schwartz, who said she volunteered on Gottheimer’s 2016 campaign. “If I heard that — anything like that — I would have left immediately and I was there the entire time.”

Gottheimer’s office said that the protest included small groups of individuals who broke away from the main event and that the clips provided by the Working Families Party could not have captured every comment made that day.