Ohio State University students and faculty are demanding administrators address a professor’s use of the phrase “Jewing people down” in a Zoom lecture.

“I need to convey my utter dismay at having a professor on staff at The Ohio State University plainly using this very derogatory term to describe ‘Hard’ bargaining negotiations,” Chabad Director Levi Andrusier wrote OSU President Kristina M. Johnson last week. “As you can imagine, this is causing many within the OSU community, as well as the larger Jewish community in Columbus, much distress and consternation. To have this term thrown about nowadays, and specifically at our esteemed academic institution, is something which clearly needs to be addressed.” 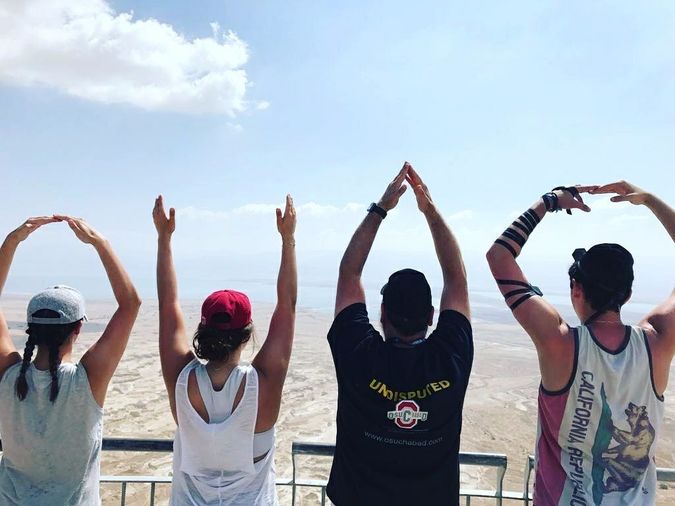 A student reviewing for final exams came across School of Health Professor Dr. Jackie Buell’s use of the term while rewatching an Oct. 18 lecture. In a clip from the recording, Buell used the phrase in relation to her shopping experiences in Mexico.

“Anybody been to Mexico? You know, I mean Jewing people down is the way of the world down there. You want to buy a blanket that has $5 on it and you say, ‘I’ll give you $2 for it’ and they say ‘no’ and you just start walking away and they say ‘three dolla,’” said Buell of shopping in Mexico. “Right, they just want to get what they can out of it. But now they come to this country, we get people that come in the market all the time that want to Jew us down on the vegetables.”

Johnson’s staff responded to Andrusier’s email with a brief statement.

“This matter is under investigation and the university cannot share specifics. Ohio State is committed to preventing and responding to all forms of discrimination.”

The professor, Buell, sent out an apology to the class via email following the incident, according to News Nation’s Dan Abrams.

“I have received an email today that has stirred me up emotionally. Please know that my language in class never meant to be offensive to any particular group. I have never associated the word ‘Jew’ with any particular person or group and I am sorry to have offended anyone. As I responded to the person (whom I do not know) we all have blind spots, and I hope as learners in an academic environment that we can have conversations about these blind spots in an open and honest way,” Buell said in the email.

The term “Jew down” is rooted in medieval tropes that portray Jews as greedy money lenders, reinforcing antisemitic claims that Jews manipulate the economy and control world affairs. The term stems from the use of “Jew” as a verb, which the Oxford English Dictionary notes was first used as early as 1825.

OSU sophomore Carly Sandow, a member of Jewish sorority Alpha Epsilon Phi, said she hopes the administration sends out a statement to students and faculty regarding the incident.

“I am hoping that the administration gives the professor the necessary probations and an explanation as to why what she said in class is unacceptable,” Sandow said. “Ohio State has many Jewish students and it’s important that everyone feels accepted and safe within the Ohio State community.”

OSU Hillel also addressed the incident in an Dec. 19 Instagram post, condemning the professor for “antisemitic and anti-Mexican comments.”

“We need to strive to bridge the gap, educate, make peace and help one another realize the wrong done, and as a result, grow together as a peaceful community.”