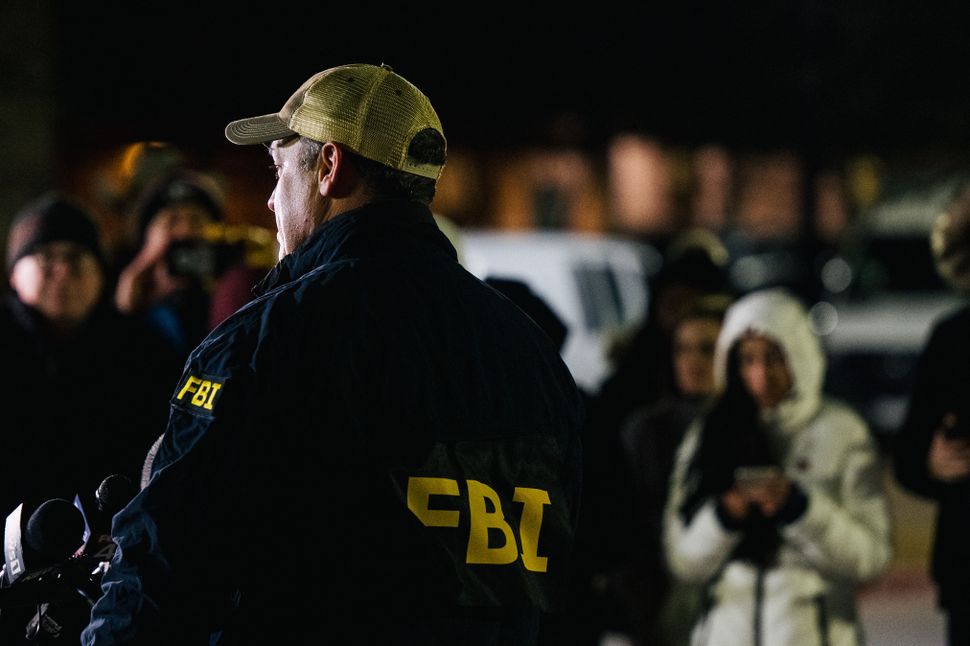 The FBI released a statement late Sunday night describing the Colleyville hostage synagogue crisis as a “terrorism-related matter, in which the Jewish community was targeted.”

The statement is a departure from comments made on Saturday by the special agent in charge of the FBI’s Dallas field office, who said the hostage-taker was focused on an issue “not specifically related to the Jewish community” — a claim that baffled and angered many Jewish leaders.

NEW @FBI statement on hostage situation in Colleyville, TX.: “This is a terrorism-related matter, in which the Jewish community was targeted, and is being investigated by the Joint Terrorism Task Force.”

In the new statement, the FBI claimed to “never lose sight of the threat extremists pose to the Jewish community and to other religious, racial, and ethnic groups.”

The Saturday attack on Congregation Beth Israel by Malik Faiasal Akram, a British citizen, is being investigated by the Joint Terrorism Task Force. President Joe Biden has called it an act of terror.

In a Monday interview with the Forward, Rabbi Charlie Cytron-Walker said there was no doubt that antisemitic conspiracy theories drove Akram’s decision to hold him and several congregants hostage for 11 hours.