Jewish protester says he was the one who called Rep. Josh Gottheimer ‘Jew’ 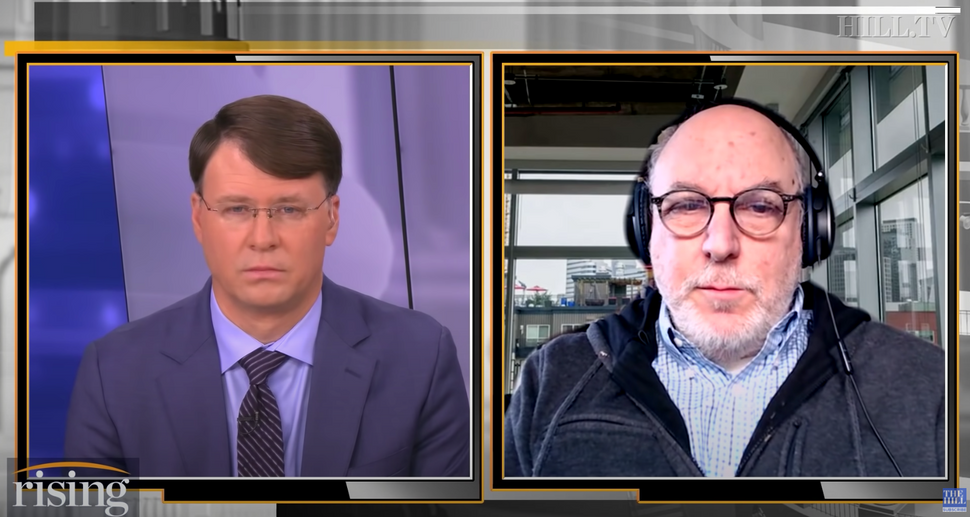 It was only this week that progressive activist Russell Miller heard about New Jersey Rep. Josh Gottheimer’s accusation in December, about a group of protestors from the Working Families Party yelling “Jew” at him.

Gottheimer described himself as the victim of antisemitism. But Miller, who was at the protest, and like Gottheimer is Jewish, said the remark was no such thing. Miller said he knows this because he’s the one who said it.

Though he is not a member of the Working Families Party, Miller had participated in the protest, and reached out this week to journalist Ryan Grim to explain what he meant when he yelled out to Gottheimer, a centrist Democrat who opposed a social spending package that Miller supports.

“Josh, as a Jew you should be ashamed of what you’re doing to Build Back Better,” Miller recalled telling Gottheimer.“It’s a shanda.”

The revelation by Miller should put to bed the mystery of whether anyone – and, if so, who – brought up Gottheimer’s Judaism during the September event. The Working Families Party launched an investigation into the claim in December, and finding no evidence that any of their members had said anything antisemitic, went on a media blitz sharing photos and videos of the modest protest to argue that Gottheimer was unfairly slandering the organization.

But Gottheimer was resolute and enlisted U.S. Commerce Secretary Gina Raimondo, who was with him at the September small business event, to confirm his account. The Anti-Defamation League said they took Gottheimer at his word.

Miller, though, told Grim on Monday that while he used the word “Jew” to criticize Gottheimer there is no way that the North Jersey moderate could have reasonably believed that he had been the victim of antisemitism.

Gottheimer’s office did not immediately respond to a request for comment Wednesday.

Jewish protester says he was the one who called Rep. Josh Gottheimer ‘Jew’