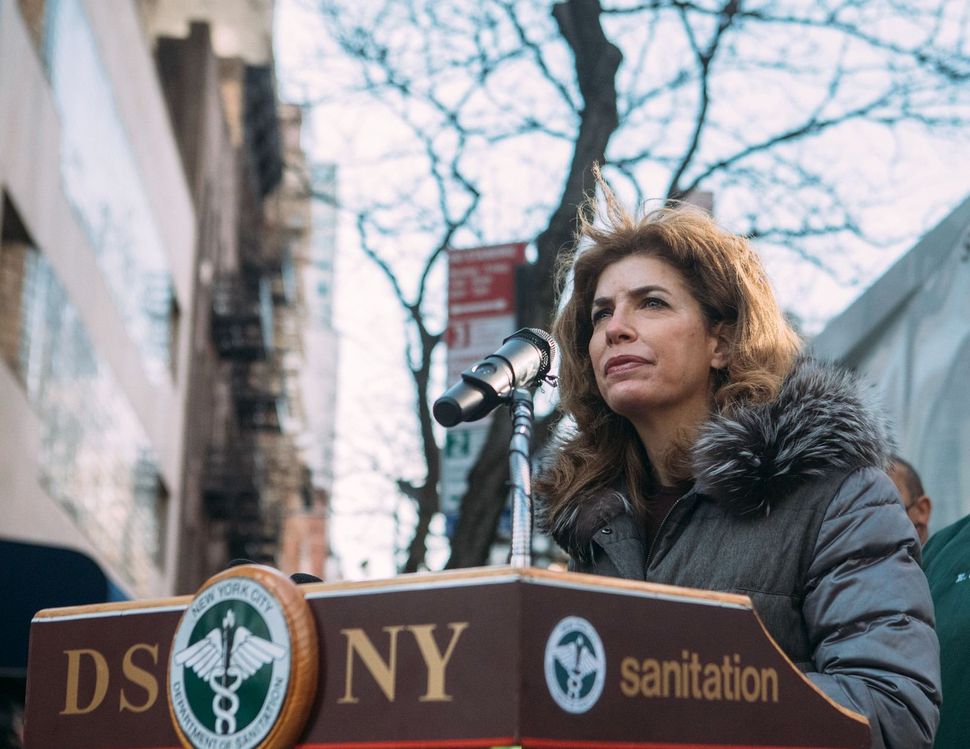 A Jewish New York City councilwoman is calling on her colleagues to speak out more forcefully against antisemitism and increase awareness of the Holocaust amid a rise in antisemitic incidents across the city.

Julie Menin, who is serving her first term on the City Council, on Wednesday will host a virtual town hall for her constituents with antisemitism experts and law enforcement officials.

“We need more elected officials to call it out,” Menin said in a recent interview. “The more people who do it, both Jews and non Jews, the better.”

Menin, the city’s 2020 census director, said she decided to hold the forum after two troubling incidents in her district, most of which encompasses the Upper East Side of Manhattan. Last month, a swastika was found stamped on a one hundred dollar bill that a woman withdrew from an ATM inside a Chase Bank branch in the Yorkville neighborhood. The following day, a popular comedy club, Comic Strip Live, compared vaccine mandates to the Holocaust in an Instagram post.

The town hall, which nearly 300 people have said they will attend, will include representatives from the police department, the state attorney general’s office and Jewish civic groups. Menin, the daughter of a Holocaust survivor, said it’s important for the public to learn about the horrors of the Holocaust, and how to report and help prevent hate crimes.

Police department statistics showed a 275% increase in attacks targeting Jewish people – 15 reported incidents – in the first month of 2022 compared to the previous January.

Though not tallied in the most recent report, three antisemitic incidents, including two physical assaults, in the Hasidic negihbrohood of Williamsburg in Brooklyn were reported over the weekend and are being investigated as hate crimes. The New York City Jewish Caucus said in a statement that the attacks “fit a pattern” of increasing attacks against Jews.

Antisemitic incidents accounted for 37% of hate crime incidents in New York City in 2021, a an increase of more than 50% over the previous year. Police made 58 arrests in cases of anti-Jewish crimes last year.

New York State led the nation with the most documented antisemitic incidents — 336 of the 2,024 documented nationally — according to an audit published by the Anti-Defamation League.

Menin, one of seven Jewish lawmakers on the 51-member Council and an active member of Central Synagogue, said she feels a strong responsibility to “speak with a very loud and clear voice” on antisemitism, especially in light of the diminishing number of Jewish councilmembers. There were 14 in 2018.

“The onus is on us,” she said. “We are a small but mighty group. We are deeply passionate about these issues.”

She added that non-Jewish elected officials also “have a responsibility to also be calling it out when there are hate crimes and violence committed against” Jews and other minority groups in New York.

“We can combat antisemitic incidents through targeted policing, rapid graffiti removal, and robust partnership between the NYPD and our district attorneys, and defeat the source of hate through an expanded curriculum in our public schools,” Adams said.