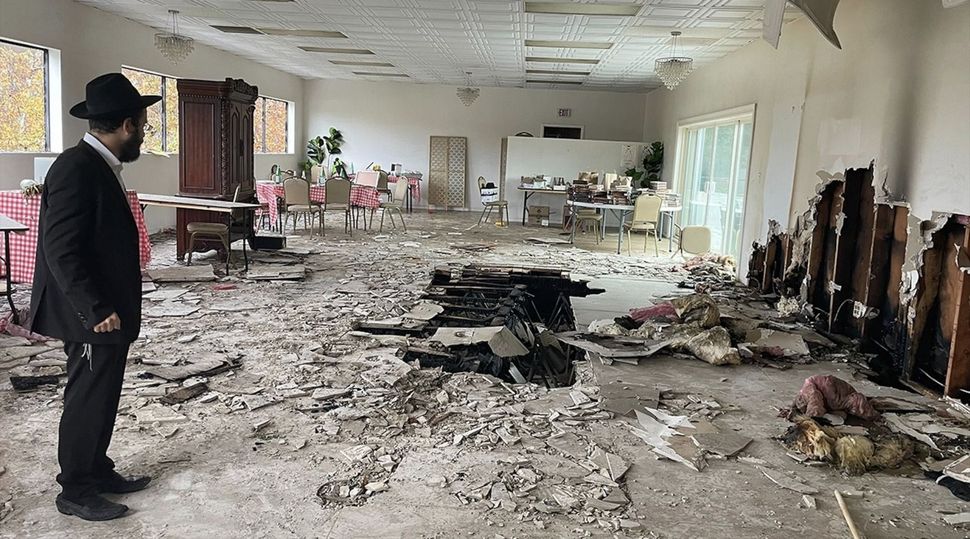 (J. The Jewish News of Northern California via JTA) — Approximately two months after the Chabad House in Almaden Valley, a San Jose suburb, was destroyed by a fire, the synagogue community is receiving support from an unlikely source: the Azerbaijani government.

“I am glad that our consulate was able to contribute funds to the reconstruction,” Consul General of Azerbaijan in Los Angeles Nasimi Aghayev told J. The Jewish News of Northern California in an interview. “It is in line with Azerbaijan’s longstanding policy of supporting interfaith harmony and understanding, as a majority-Muslim country that demonstrates with its own example the possibility of Muslim-Jewish peace.”

“I was saddened to learn that a fire had destroyed #Chabad House synagogue in San Jose, CA,” he wrote. “I look forward to a grand reopening soon.”

Last Dec. I was saddened to learn that a fire had destroyed #Chabad House synagogue in San Jose, CA. @AzConsulateLA contributed funds to the reconstruction of the synagogue. Sharing it to encourage others to support this meaningful effort. I look forward to grand reopening soon. pic.twitter.com/25SUMdVrnv

Aghayev told J. he learned about the fire after seeing photos of the destroyed synagogue on social media. He reached out to friends in the Bay Area and asked to be connected with the Chabad’s leader, Rabbi Mendel Weinfeld.

In a phone interview, Weinfeld expressed his gratitude for the donation.

“It’s a very powerful message that regardless of faith or affiliation, we are, after all, human beings created in the image of God, and this gift from Azerbaijan is an incredible expression of this core belief,” Weinfeld said.

Weinfeld moved to the San Jose community from New York in 2020 with his wife Mussie to establish the Chabad house, and was devastated by the near-total loss of the synagogue in the fire (the building’s Torahs were spared).

Weinfeld declined to share how much the Azerbaijani government donated. He spoke to J. after meeting with Aghayev at the Azerbaijani consulate in Los Angeles earlier in February.

Aghayev, too, declined to share the amount given to Chabad.

Chabad has launched a $1.7 million capital campaign to acquire and remodel a new commercial property in the San Jose region, rather than repair the damaged site. As of press time, the Chabad had raised more than $714,000, according to a page dedicated to the campaign. Silicon Valley billionaire Chris Larsen and his wife Lyna Lam are key donors, according to Weinfeld, as are the Gordon Charitable Fund, which donated $118,000, and the Greenberg Family Fund, which gave $50,000.

Chabad House–Almaden Valley had been operating at the two-story property on Branham Lane in south San Jose for only four months when the fire broke out this past December.

The cause of the fire has yet to be determined, but authorities have ruled out it being either a hate crime or racially motivated. Security footage showed a man at the entrance of the synagogue on the morning of the fire.

Azerbaijan, a Soviet republic for most of the 20th century, is home to a small community of Jews, most of whom live in the country’s capital city of Baku. There are multiple synagogues, as well as a Jewish school.

On March 6, Israel and Azerbaijan are celebrating 30 years of diplomatic ties at an event in Los Angeles. Slated to appear are both Aghayev and Hillel Newman, the consul general of Israel in Los Angeles, among other officials and community leaders.

This article was originally published in J. The Jewish News of Northern California, and is reprinted with permission.