The national environmental nonprofit Sierra Club, headquartered in Oakland, has canceled its scheduled trips to Israel in response to pressure from progressive and anti-Zionist groups.

The decision came after activists alleged the organization was “greenwashing the conflict” and “providing legitimacy to the Israeli state, which is engaged in apartheid against the Palestinian people,” a volunteer leader with the nonprofit summarized in an email this week.

“Greenwashing,” like “pinkwashing” which refers to LGBTQ rights, is a term used by critics of Israel to refer to the act of obscuring Israel’s treatment of Palestinians by focusing on the country’s liberal environmental values or policies.

News of the Sierra Club’s decision came in a mass email obtained by J. that was sent out by Mary Owens, the chair of the Sierra Club’s National Outings team, to hundreds of volunteers who lead part-recreational, part-educational, conservation-focused trips around the world.

For years the Sierra Club, established in 1960, has offered trips to Israel to explore the country’s biodiversity, bird migrations, desert landscape and ancient ruins. Last year’s trip was called “Natural and Historical Highlights of Israel,” offered for two weeks in March for about $5,000 per person. It advertised a “comprehensive journey through this enduring land,” with birdwatching, sea snorkeling, a visit to the Dead Sea and evenings on a kibbutz. Sierra Club outings are a major source of fundraising for the organization.

The volunteer leader for that Israel trip was Shlomo Waser of Sunnyvale. Waser did not respond to a request for comment from J.

Sierra Club member David Neumann leads a climb in the Sierra Nevada in Fresno County in 2016. On the Sierra Club’s website more than 250 upcoming trips are listed, including more than 200 to sites in the U.S. and others to places like Malaysia, Nepal and Antarctica. A trip to China is planned for October. The website no longer lists a trip to Israel, and a number of webpages with information on past Israel trips were down on Friday afternoon. A notice appears at the top of the Middle East destinations landing page noting “There are currently no Middle East trips scheduled.”

The email from Owens, who said she was not authorized to speak to the press, described the Sierra Club’s decision to cancel its trips — one scheduled for this month, and another for March 2023 — as the result of an advocacy push from one “Jewish American activist” and a host of both progressive and anti-Zionist groups, including the pro-Palestinian Adalah Justice Project, the Indigenous rights group the NDN Collective, the Campaign for the Boycott of Israel, Jewish Voice for Peace, the Sunrise Movement and the Movement for Black Lives.

An employee with the NDN Collective confirmed he was aware of his organization’s efforts but was not authorized to say more. A request for comment from JVP, the Jewish anti-Zionist group, went unanswered.

It’s a pendulum, and it’s very much swung to the progressive side of things.

The email from Owens read: “On January 20, the board of directors received an email from a Jewish American activist urging us to cancel our upcoming trips to Israel (scheduled for March 15 and 29, 2022 and March 2023), saying that we are greenwashing the conflict there and providing legitimacy to the Israeli state, which is engaged in apartheid against the Palestinian people.”

The board notified Owens and the National Outings team, which “sent our standard response which states that we don’t restrict our trips due to regional conflicts or politics,” Owens wrote. “The activist was not satisfied and said he planned to get additional activist groups involved.

“On February 22, the board received an email from a coalition of activist organizations … threatening that if we did not cancel the upcoming trips within a week, they would go public that the organization was violating the organizational values it recently rolled out.” 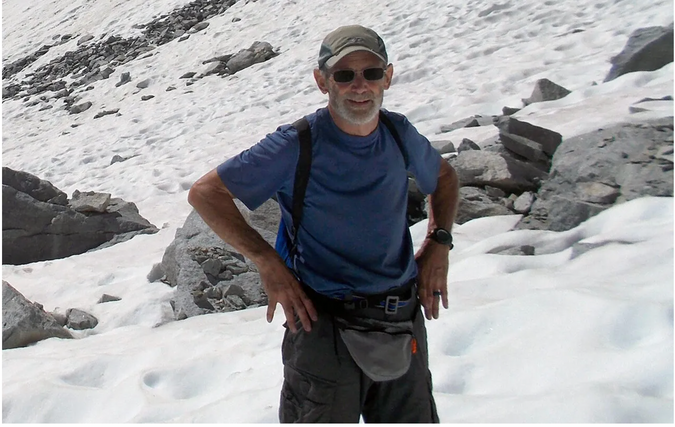 Sierra Club member David Neumann leads a climb in the Sierra Nevada in Fresno County in 2016. Courtesy of Neumann

The special group appointed by Chu met with the progressive activists, the email said, “who insisted that there was no room for compromise and reiterated their demand that we cancel the trips by March 7.”

The group “spent the next few days reviewing the pros and cons of each outcome,” Owens wrote, adding: “the National Outings team did not want to cancel the trips.”

In the end, two members of the group appointed by Chu recommended that he cancel the trips, “and he agreed,” Owens wrote.

The Sierra Club’s national press office did not respond to a detailed list of questions from J.

The decision comes as the Sierra Club, one of the oldest and most influential environmental nonprofit organizations in the United States, has made a push to fold progressive values and language more overtly into its mission, including rhetoric around social justice and anti-racism.

A webpage linked in Owens’ note includes a guide to “practicing anti-racism at Sierra Club,” listing the need for “focused and sustained action,” “maintaining accountability” and “rejecting norms of internalized racial oppression,” among other tenets.

On June 17 of last year, the organization announced for the first time its support for reparations for Black Americans. “It is impossible to create a healthy, safe, and sustainable planet without acknowledging and materially addressing the past and present economic, cultural, psychological and spiritual impacts of racism,” the statement said.

Some longstanding members of the group see in the embrace of social justice concepts an ideological shift leftward within an organization that has historically been a big tent. Its decision on Israel has reinforced that view.

“It’s a pendulum, and it’s very much swung to the progressive side of things,” said David Neumann of Oregon, a Jewish Sierra Club member since 1968 who leads outings in California and his home state.

Neumann said he strongly opposed the decision to cancel the Israel trips, calling it the result of an ideological “purity test” and a capitulation to progressive groups who “put the screws” to Sierra Club leadership.

“I knew they were really into equity and justice, as am I, and that’s all fine,” he said. “But these groups that call Israel an apartheid state — that’s so far out there,” he said. “That’s so not mainstream. That’s crazy.”

Owens, the chair, wrote that she and the outings administrative committee were also “very disappointed with the decision.”

“A terrible precedent has been set,” she wrote, that “can potentially put other international as well as domestic trips at risk of being subjected to the same treatment.”