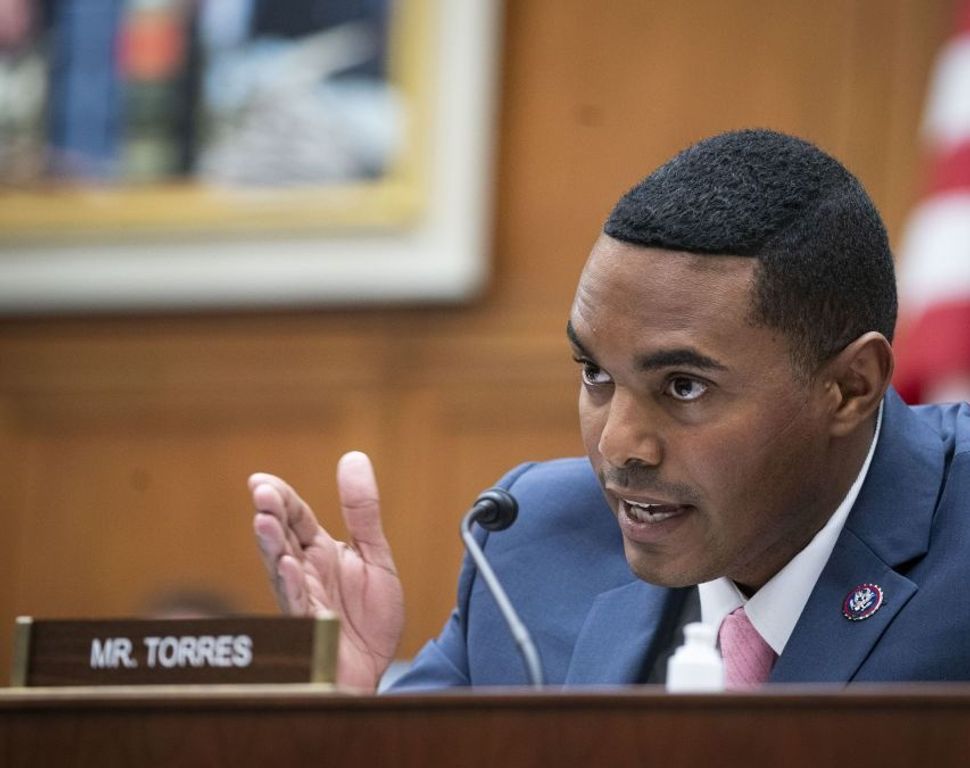 A New York congressman who has been taken to task by the left and faced social media harassment for his strong defense of Israel is cautioning the Jewish community to avoid complacency over bipartisan support for Israel in Congress.

“We cannot afford to lull ourselves into a false sense of security,” Torres, a first-term Democrat representing the South Bronx, said in a talk at Manhattan’s Central Synagogue on Wednesday. “We live in a time where nothing can be taken for granted.” 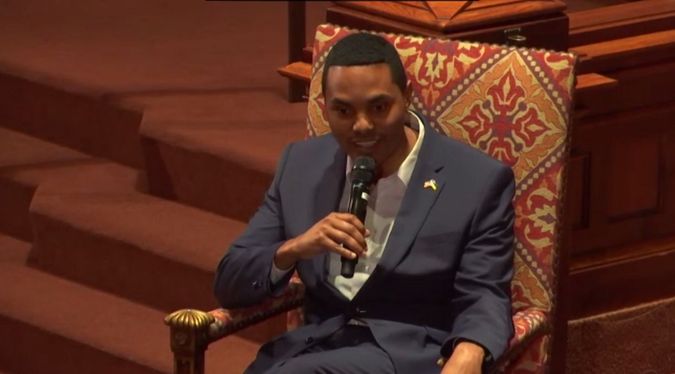 Torres, 34, pointed to the House vote on the replenishment of Israel’s anti-missile Iron Dome defense system in September which was opposed by nine members, including eight progressive Democrats. Pro-Israel groups celebrated the fact that Israel still enjoys overwhelming bipartisan support and dismissed the opposition as a fringe group.

Interviewed by author Abigail Pogrebin, a Forward contributor, Torres was asked whether he sought to engage with his progressive colleagues about the vote. He said that while a majority of Americans “are persuadable on the issue,” he is sticking with his principle “not to reason with people who refuse to be reasoned with.”

Torres has been an outspoken supporter of Israel ever since he was elected in 2013, when he was 24, to represent the South Bronx on the City Council. His first trip to Israel in 2015 was met by protests from far-left activists, but he credits that experience with helping him form his views of the Jewish state.

He touted his pro-Israel credentials as a theme of his congressional run in 2020, earning the support of Jewish and pro-Israel groups in the crowded race to succeed retiring Rep. José E. Serrano in New York’s 15th District. He was the only congressional candidate in New York State in 2020 to beat the candidate endorsed by the Democratic Socialists of America. His district has expanded to include the Riverdale neighborhood in the Bronx, with a significant Jewish population, which was in the 16th District and represented for decades by former Rep. Eliot Engel, and since 2021 by Rep. Jamaal Bowman.

Torres acknowledged that his outspokenness has taken “an emotional toll” on him and his family. “There’s no topic on which I face more hatred and harassment than on the subject of Israel,” he said.

The flare-up between Israel and Hamas in Gaza last May was “particularly draining and challenging,” he said, adding that his mother questioned whether he was doing the right thing after reading tweets that called her son a supporter of genocide, ethnic cleansing and apartheid. He described that moment as “wrenching.”

He said he feels responsible as an elected official to model his beliefs for young civically engaged people. “I want to tell those future elected officials that you can be both progressive and pro-Israel,” he said.

This story has been updated.