This story originally appeared in Jweekly.com. Reposted with permission. It has been updated.

The Bay Area Book Festival has rescinded an invitation to author Alice Walker over incendiary statements she has made over the years about Jews and Israel. 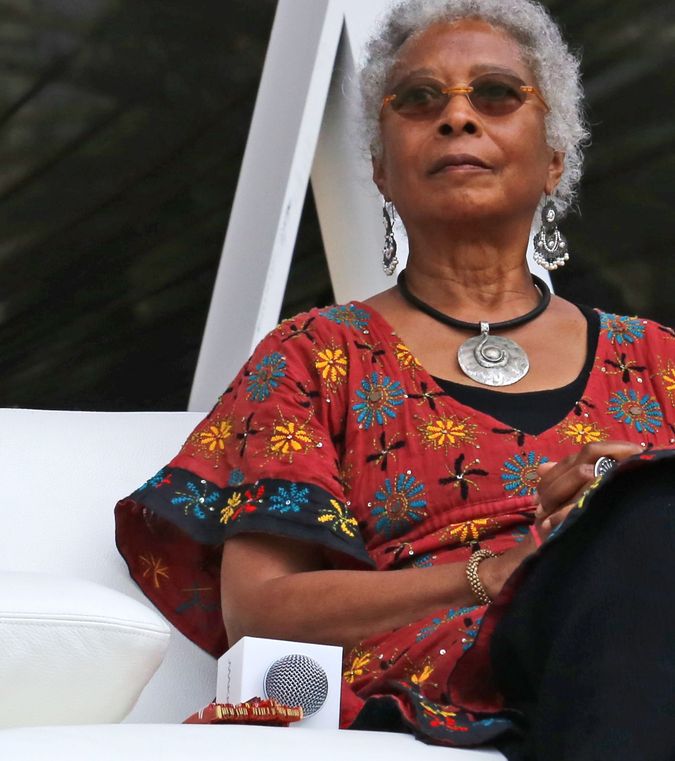 Walker had been invited to interview writer Honorée Fanonne Jeffers, at Jeffers’ request, as the headlining event of the festival, which is scheduled to take place May 7-8. After festival organizers learned from those inside and outside the organization about Walker’s history of remarks widely criticized as antisemitic, they canceled her invitation on Thursday, prompting Jeffers to pull out of the festival, according to festival publicist Julia Drake.

“We were aware of the fact that Alice Walker had made some controversial statements in the past, but we weren’t aware of the extent of it,” Drake told J. in an interview. “One of the big missions of the festival is we won’t tolerate any hate speech or antisemitic statements, so we realized that this was not something that we could do.”

In a subsequent email to J., the festival clarified that it was Walker’s “endorsement of antisemitic conspiracy theorist David Icke” that led organizers to rescind her invitation.

Walker’s image and bio were removed from the festival website on Friday afternoon. Drake said organizers are now searching for “another headlining event that is worthy of the festival.”

An acclaimed novelist and poet — she was the first Black woman to win a Pulitzer Prize for fiction, for “The Color Purple,” in 1983 — and human rights activist, Walker has been criticized by the ADL and other Jewish organizations for, among other things, comparing Israel to Nazi Germany and expressing support for the boycott, divestment and sanctions movement. She has refused to authorize a Hebrew translation of “The Color Purple,” because, as she wrote in a letter to an Israeli publisher in 2012, “Israel is guilty of apartheid and persecution of the Palestinian people, both inside Israel and also in the Occupied Territories.”

In a 2018 interview with the New York Times, she promoted a book by a British conspiracy theorist that argues that Jews control the world and quotes extensively from the discredited “Protocols of the Elders of Zion.”

Walker, 78, was married to a Jewish civil rights lawyer, Melvyn Leventhal, from 1967 to 1976. Their daughter, Rebecca Walker, identifies as Black and Jewish and spent part of her childhood in San Francisco, a period she chronicles in her 2000 memoir “Black, White, and Jewish: Autobiography of a Shifting Self.”

The Bay Area Book Festival has been held in downtown Berkeley since 2015. This year’s event will include interviews and panel discussions with dozens of local and national writers, including Rebecca Solnit (“Orwell’s Roses”), siblings David and Margaret Talbot (“By the Light of Burning Dreams: The Triumphs and Tragedies of the Second American Revolution”) and poet and National Book Award finalist Douglas Kearney (“Sho”).