“It was completely wrong for me to describe the social media as ‘being controlled largely by the Jewish lobby,'" wrote Miloon Kothari, who has been investigating alleged human rights abuses in Israel and the Palestinian territories 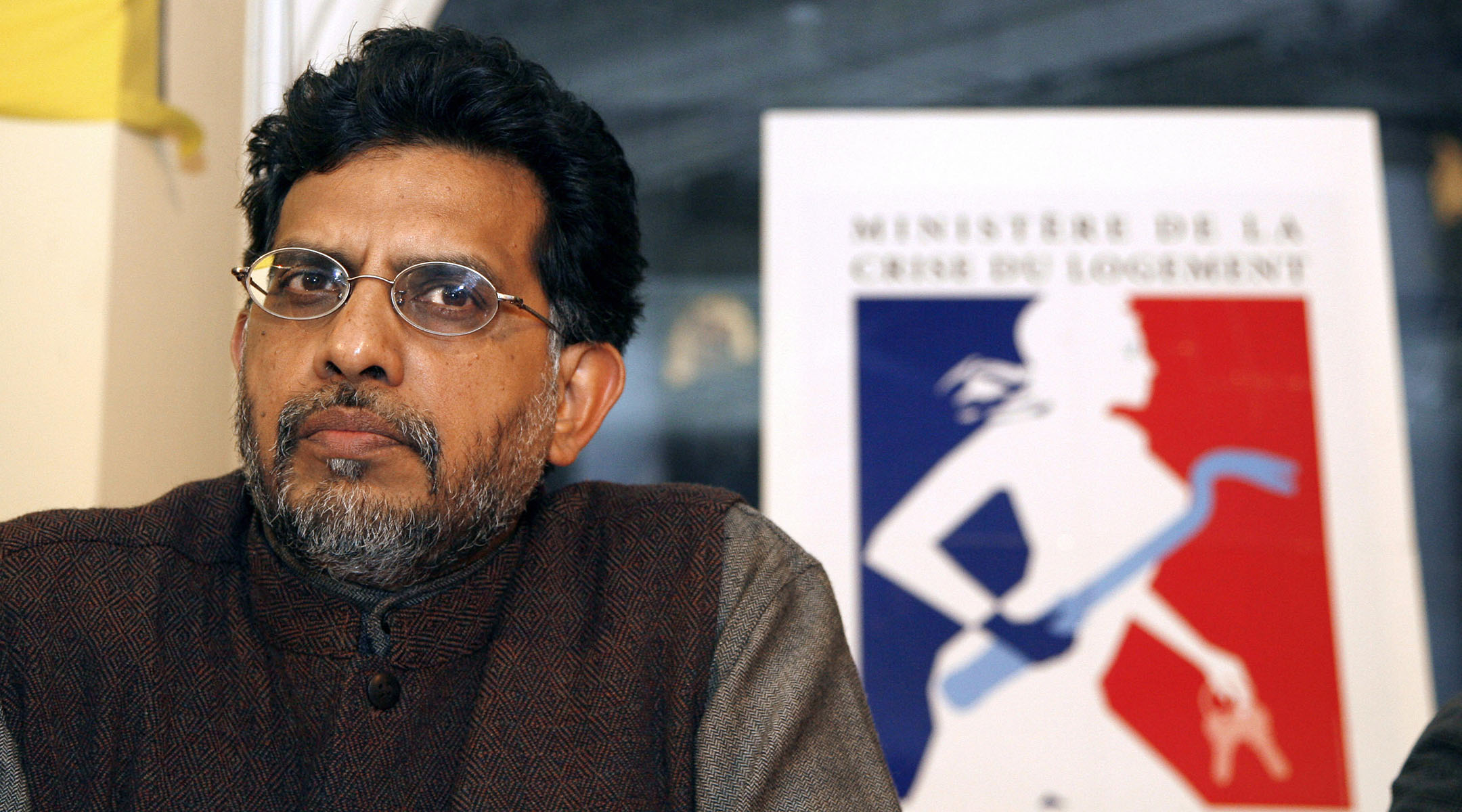 Miloon Kothari, a member of the United Nations Human Rights Council’s special commission into Israel and the Palestinian territories, shown in Paris in 2007. (Bertrand Guay/AFP via Getty Images)

(JTA) — A United Nations investigator has apologized for recently using the phrase “Jewish lobby” and suggesting that Israel could lose its U.N. membership, comments that drew widespread condemnation, including from U.S. officials.

Miloon Kothari sent an apology letter on Thursday to Federico Villegas, head of the U.N. Human Rights Council, for statements he made during a podcast interview last week with the anti-Zionist Mondoweiss site.

Kothari is a member of the Human Rights Council’s commission to investigate human rights abuses in the Occupied Palestinain Territories that was formed following Israel-Gaza violence in the spring of 2021.

In the interview, he said, “We are very disheartened by the social media that is controlled largely by – whether it is the Jewish lobby or specific NGOs, a lot of money is being thrown into trying to discredit us, but the important thing is our mandate is based on international human rights and humanitarian standards and that we are all seeking the truth.”

He added that “the Israeli government does not respect its own obligations as a U.N. member state. They, in fact, consistently, either directly or through the United States, try to undermine U.N. mechanisms.”

At the time, the head of the commission, Navi Pillay, defended Kothari’s comments as being taken out of context. Deborah Lipstadt, the State Department’s special envoy on antisemitism, and Michèle Taylor, the U.S. ambassador to the U.N. Human Rights Council, both condemned Kothari’s rhetoric.

“We are outraged by recent antisemitic, anti-Israel comments made by a member of the Israel COI,” Taylor tweeted last week.

In his letter sent Thursday, Kothari wrote that “It was completely wrong for me to describe the social media as ‘being controlled largely by the Jewish lobby.’ This choice of words was incorrect, inappropriate, and insensitive.”

Israel, which has refused to participate in the U.N. commission’s inquiry, was unsatisfied with Kothari’s apology. A deputy director general at the Israeli Ministry of Foreign Affairs called the statement “pitiful” and “unconvincing.”