(JTA) – Couscous lovers who frequent the grocery store Trader Joe’s may have noticed a change in the grain aisle: The chain’s brightly colored purple boxes of “Israeli Couscous” are now simply known as “Pearl Couscous.”

The Nosher, a sister website to the Jewish Telegraphic Agency, first reported the label change after word of it spread on the popular Facebook group Kosher Trader Joe’s.

The move raised questions in the group about whether Trader Joe’s was trying to distance itself from Israel, a move that some companies have made for political reasons. But a spokesperson for the company said it “recently switched to a new supplier for this product and it is now sourced domestically rather than from Israel.” The product itself hasn’t changed, according to The Nosher’s report. 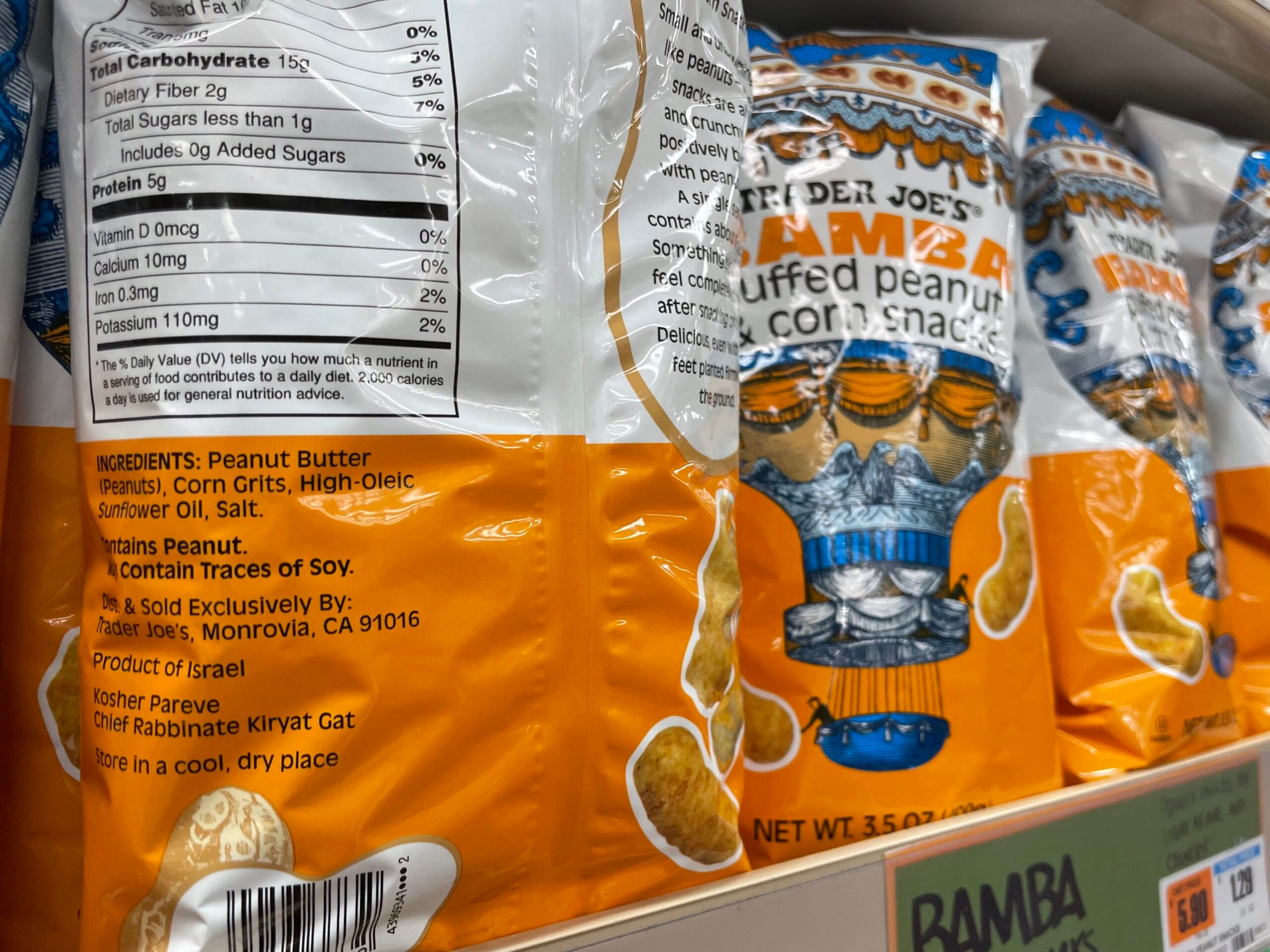 The Bamba carried by Trader Joe’s is manufactured in Israel. (Philissa Cramer)

Trader Joe’s carries a host of ingredients and products associated with Israeli cuisine. The company sources its date syrup, called silan in Hebrew, from Belgium and its tahini, a Middle Eastern staple, from Greece. But its Bamba, both regular and chocolate-filled, is sourced from Israel and bears the kosher certification of Israel’s Chief Rabbinate.

Even if the pearl couscous itself is no longer sourced directly from Israel, the method by which it’s prepared is historically Israeli (and is not actually couscous, a semolina product that is North African in origin). The pearl-shaped “ptitim” wheat product came about during a period of intense rationing in Israel in the 1950s, when the country was seeing an influx of more than 700,000 new immigrants. Under orders by Prime Minister David Ben-Gurion, local food manufacturer Osem created a baked wheat-based alternative to rice, unlike its semolina-based “traditional” couscous cousins from North Africa. 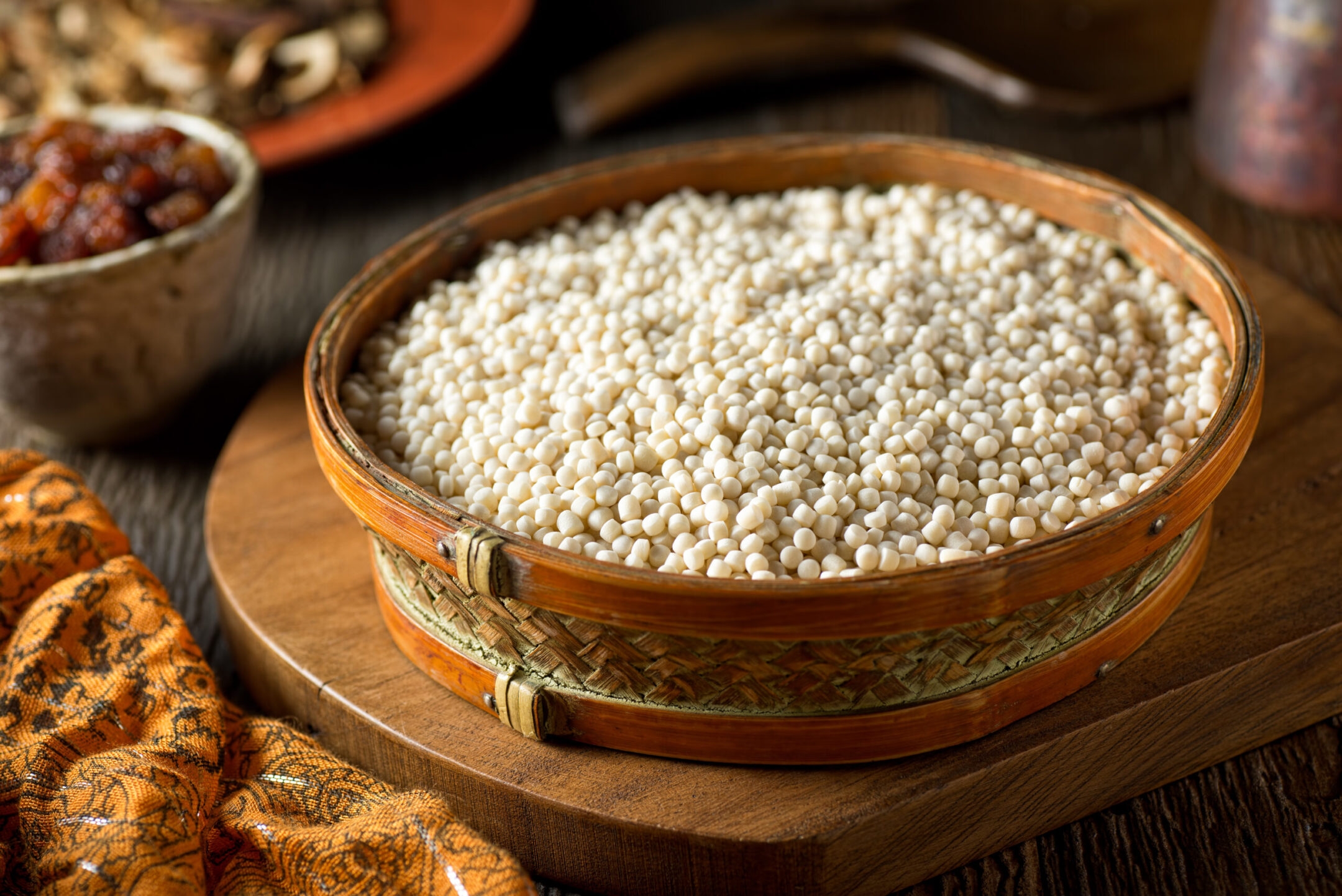