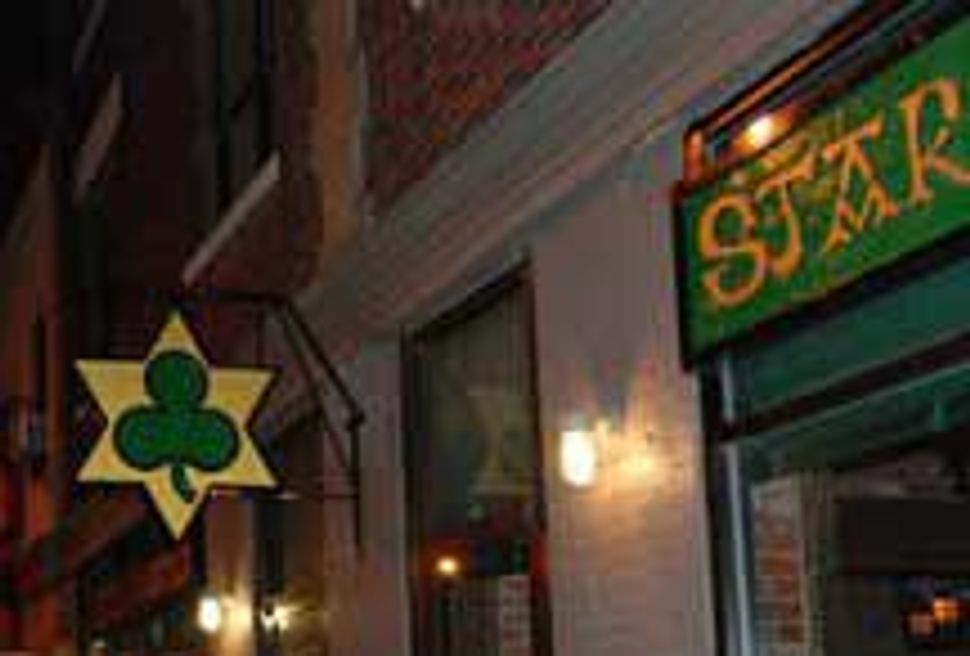 “Others have a nationality,” the writer Brendan Behan famously noted. “The Irish and the Jews have a psychosis.” We also share a love of corned beef and raucous fiddle music — think folk and klezmer. Still, an Irish-Jewish fusion restaurant seems like a stretch.

Enter the Star and Shamrock, a “modern-day neighborhood melting pot” on Washington, D.C.’s up-and-coming H Street NE, whose logo is a three-leaf clover inside a Star of David. “Sound like a contradiction?” asks its website. “Jewish and Irish cultures, celebrated (and tormented!), have more in common than you’d think! Misery loves company — Oy Vey!” The site also touts cross-cultural culinary quirks like “a Reuben with a side of latkes and a pint of Black and Tan, or a shepherd’s pie with a side of matzo balls.”

But, as the D.C. restaurant blog TwoFoodieBrothers reports, Star and Shamrock has been “savaged” in reviews. Its “Latke Madness” specialty was “a Jewish version of a KFC Double Down… the latkes played the role of the bread in the sandwich,” seethed the Internet Food Association blog. “The pastrami was clearly not smoked: pink and shimmering and rubbery, it was more like a flavor-deprived corned beef, chewy and disappointingly uniform in texture.” Oy vey is right. But the best commentary on Star and Shamrock’s experiment might come from a commenter on TwoFoodieBrothers: “Forget about the execution. The mere concept of this restaurant offers a compelling argument against mixed marriages.”