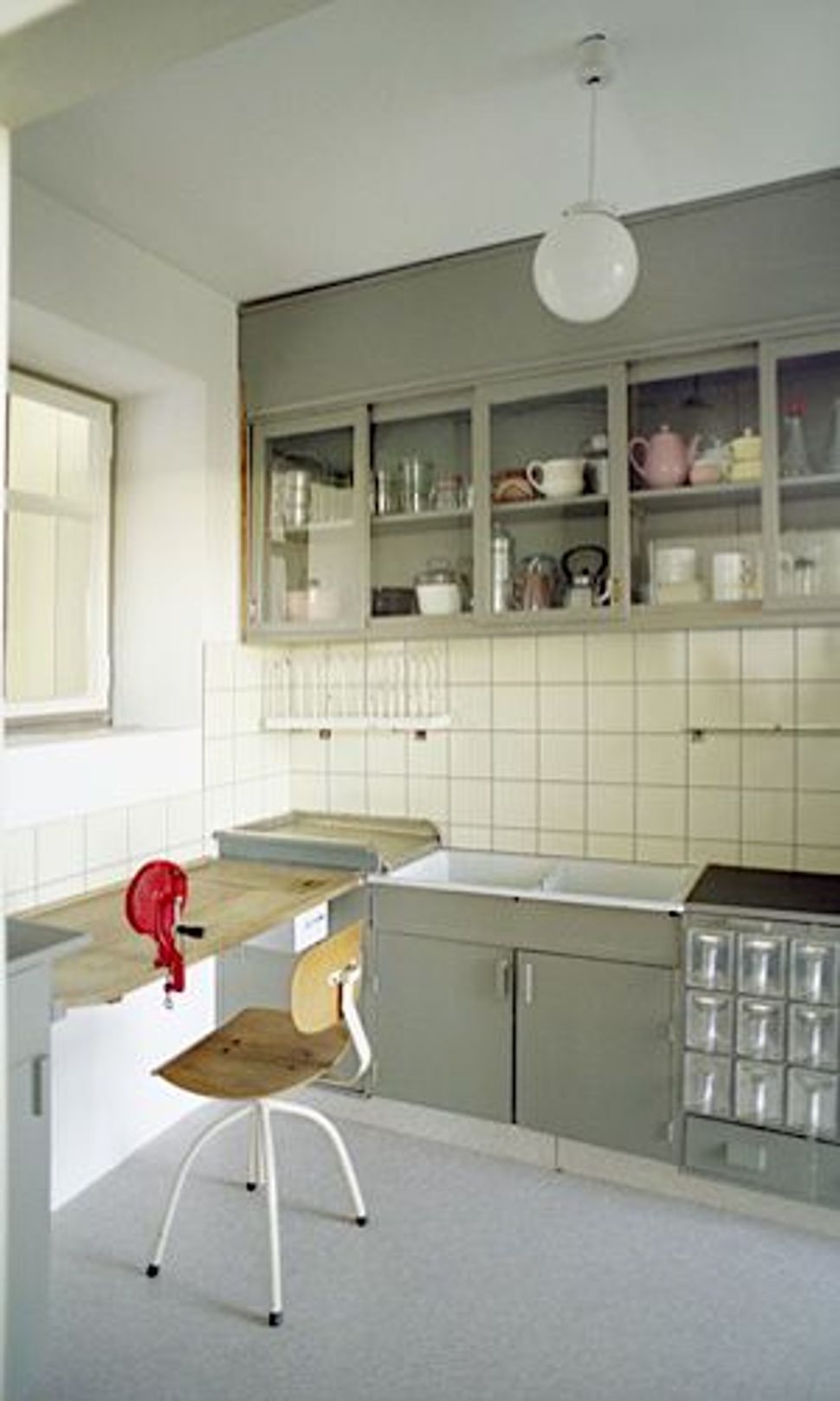 For many of us who love to cook, our favorite place in our homes is the kitchen. It’s our lab, family gathering room, where we learned from our mothers and fathers, the ultimate date spot and the source of our shabbos dinners.

Sadly this narrative is mostly missed in “Counter Space: Design and the Modern Kitchen”, a new exhibit at New York’s Museum of Modern Art that takes an in-depth look at home kitchen design during the 20th century. With around 300 objects ranging from images of the 1959 “Kitchen Debate” between Soviet Premier Nikita Khrushchev and U.S. Vice President Richard Nixon; common kitchen items like mixing bowls, and art by the likes of Claes Oldenburg and Andy Warhol, the exhibit traces the development of the efficient, modern kitchen, and women’s role in it.

The two pivotal pieces of the exhibit are full kitchens. The first, which sparked the idea for the show, is a rare 1926-27 “Frankfurt Kitchen,” designed by Grete Schütte-Lihotzky, a German architect. The mostly gray and white, organized and spare space served as the model for thousands of public housing units constructed near Frankfurt between the wars. With a focus on utility, efficiency and hygiene — and a female designer behind it — it was revolutionary at the time.

The second kitchen in the show is a late 1960’s fold out unit, “Spazio Vivo,” (living space) designed by Virgilio Forchiassin for the Italian company Snaidero. The white, black, red and yellow construction of drawers, counter spaces and shelves was designed to be a fully assembled kitchen that buyers could fold out in their homes, symbolizing a sharp change in the historic Italian kitchen. A Time magazine article published at the time of its production said it showed “Not perhaps the immediate death of the nuclear family — but certainly the substantive critique of it.”

The exhibit, which focuses primarily on the first 70 years of the decade, repeatedly reiterates designers’ efforts to make kitchens and appliances more efficient. It also shows what designers and artists viewed as the future of the kitchen. A startling, life-size wall image from the early 1970s envisions the kitchen in the year 2000 as an egg shaped room with a swivel chair in the center.

The art representing the last 30 years of the century serves mostly as a critique of the kitchen and particularly women’s historical role in it. The artists displayed used the kitchen as an emblem and space to rage against as their contributions to the women’s liberation movement.

Though, in its attempt to critique, the exhibit as a whole neglects the significant contemporary narrative of a return to the kitchen, as a source of pleasure and enjoyment for women and men, and leaves the viewer wondering where kitchen designers and artists think we are headed next.