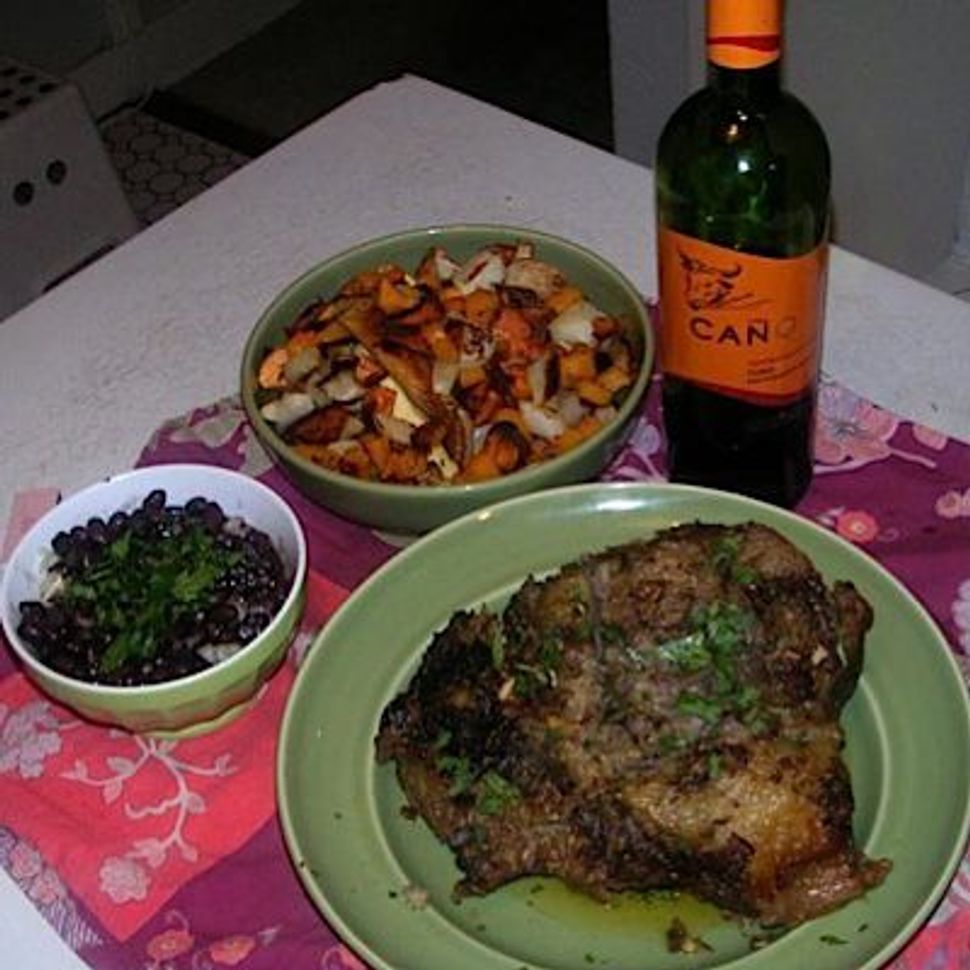 To reinterpret Tennyson: In the autumn a not-so-young man’s fancy lightly turns to thoughts of brisket. 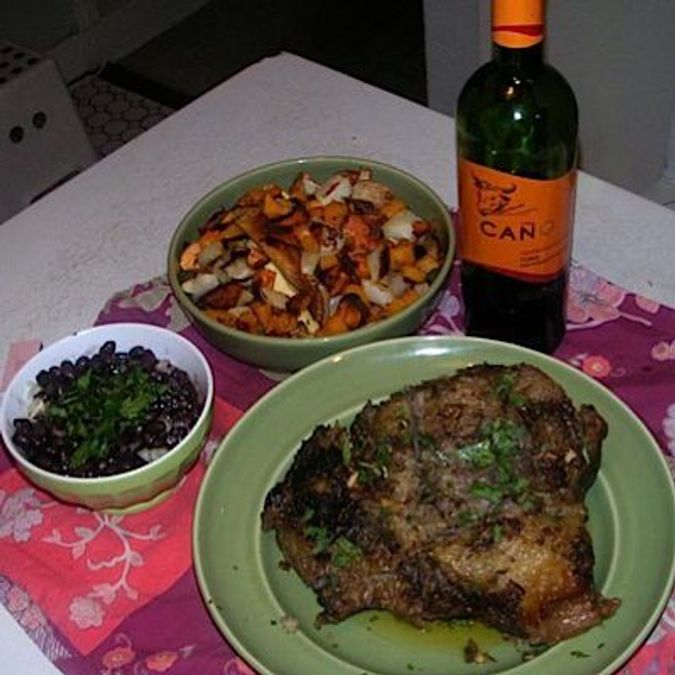 Even in Los Angeles, the alleged city of no seasons, the days get shorter and the evenings get chilly. At such times my thoughts turn to big, comforting hunks of meat.

This year I wanted a new twist on an old Jewish favorite. So I called Lowell Bernstein, a founder of Takosher, the kosher Mexican food truck that makes inventive tacos from Jewish standards like latkes and brisket.

“Brisket is not really used in Mexican cooking,” Bernstein informed me (though it is used to flavor stews). “But a Mexican-style brisket is an interesting idea. Just remember that it’s a tough piece of meat. There’s no shortcuts. You have to cook it all day on a low heat. Put it in a pan with high enough sides to hold the juices. Keep the top sealed — something tighter than just aluminum foil. And every two hours, spoon some liquid over the meat.”

This is good to know if you’re new to braising, but I still needed a recipe. Unfortunately, due to the impending triple whammy of Shimini Atzeret, Simchat Torah, and Shabbat, Bernstein didn’t have time to provide one.

Undaunted, I rooted around the cupboards and came across a can of chipotle chilies in adobo sauce, which I use to make a spicy, smoky marinade for pork loin (apologies to kosher readers). I also broke out the crock pot, so I wouldn’t be chained to the kitchen.

I marinated the brisket overnight, and I got the cooking started early the next morning. All day, the kitchen was suffused with the happy aroma of braising meat. The result may not have been strictly Mexican; nevertheless it was a moist and tender brisket, with a lively kick. For a wine pairing, I went with a 2008 Caño, a bold, dry Tempranillo-Garnacha blend.

For sides, I cubed some yams, turnips, and parsnips, sprinkled them with cumin, and roasted them on a lightly oiled baking pan at 400 degrees for about 25 minutes. I also plopped a can of black beans into a bowl and mixed in a teaspoon of finely chopped red onion and a good handful of chopped cilantro.

A few caveats. First, adjust the number of peppers according to taste. To my palate, the recipe below produces only a mild lingual afterburn. Nevertheless, one’s tolerance for chili peppers is relative.

Second, the sauce created by the marinade, the braising liquid, and the beef juices will be oily. When the meat was done, I poured the sauce into a bowl, let it settle, and spooned off the fat. Next time I’ll use a gravy separator.

Finally, don’t forget to invite a few guests. You can serve it up whole to impress your friends, or the brisket can be shredded by hand to use as a taco filling. You can easily serve six people and still have plenty left over for tacos or ropa vieja the following day.

1) For the marinade, put the onion, garlic, lime juice, ½ bunch cilantro, 3 chilies, and one tablespoon of sauce in food processor. Pulse until somewhere until smooth but not liquid.

2) Salt and pepper the brisket to taste. Rub the brisket with the marinade, then put it in a cooking bag (or a plastic bag from the grocery store if you forget to buy a cooking bag like I did). Refrigerate overnight. Make sure the brisket is on a big plate, so if the bag leaks the raw juices won’t contaminate whatever’s below it.

3) The next morning, take the brisket from the fridge and let it sit until it reaches room temperature. Then heat the olive oil in a pan and brown the brisket, 3-4 minutes a side. (I used a big pair of tongs to move it around.)

4) Put the brisket into the crock pot, fat side up.

5) With the pan still on medium heat, use the wine to deglaze the pan, scraping up all the lovely brown bits with a wooden spoon. Pour it all into the crock pot.

6) Add about two cups of chicken broth to the crock pot.

7) Set the crock pot on “low” for 8 hours. About every two hours baste the brisket with a few spoonfuls of braising liquid.

8) When the crock pot turns off, transfer the brisket to a serving dish. (The tongs and a barbecue fork may come in handy.) Garnish with a handful of chopped cilantro. Serve with a lime wedge for shpritzing the beef.