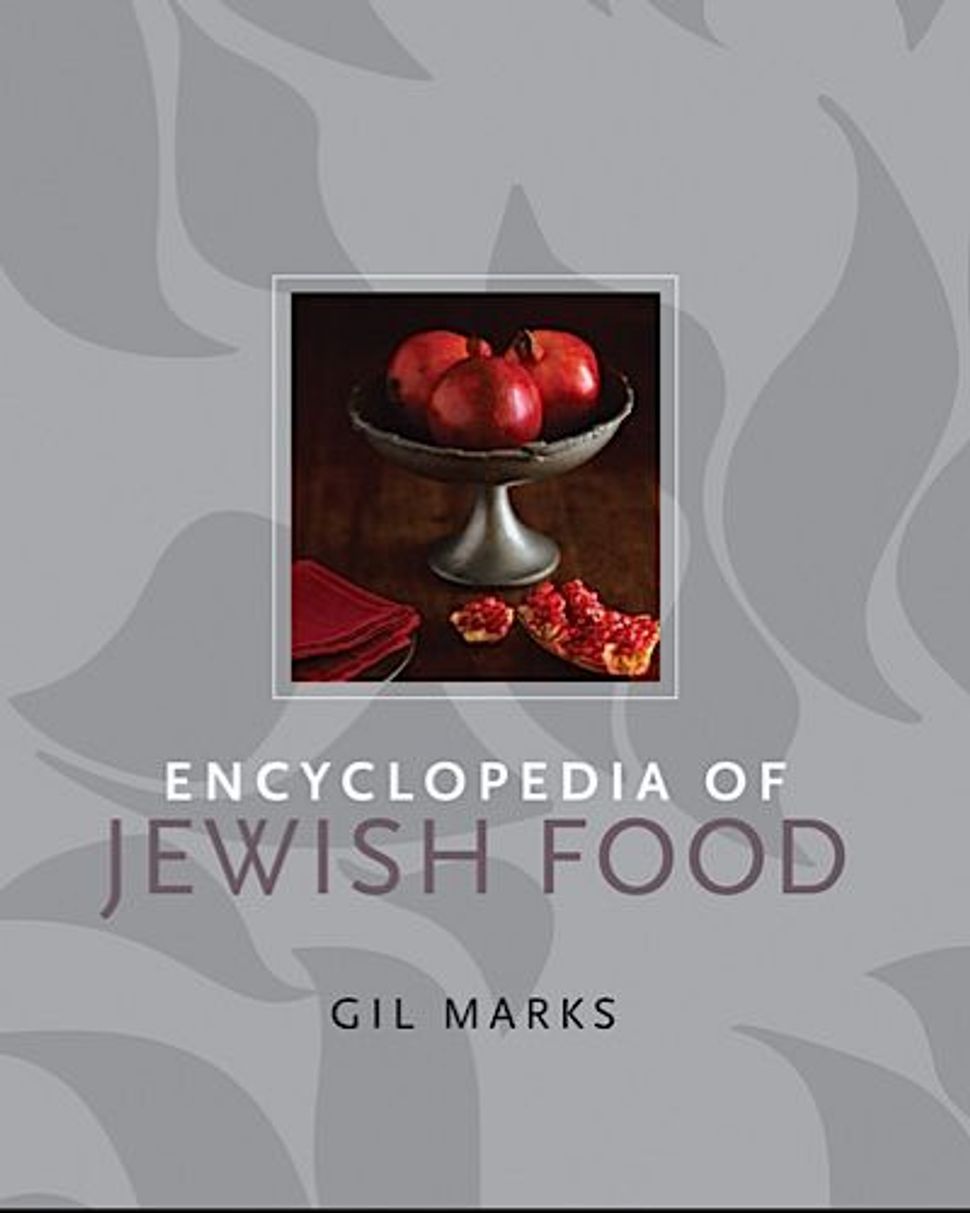 It’s hard not to be awed by the new “Encyclopedia of Jewish Food” by Gil Marks. With over 650 entries about almost every Jewish food imaginable and 300 recipes, the elaborate book spans the mundane (almonds, spinach) to the foreign (manti, a Bukharan Purim dumpling). Marks fills his reference guide with history, stories and interesting asides from Jewish communities around the world. 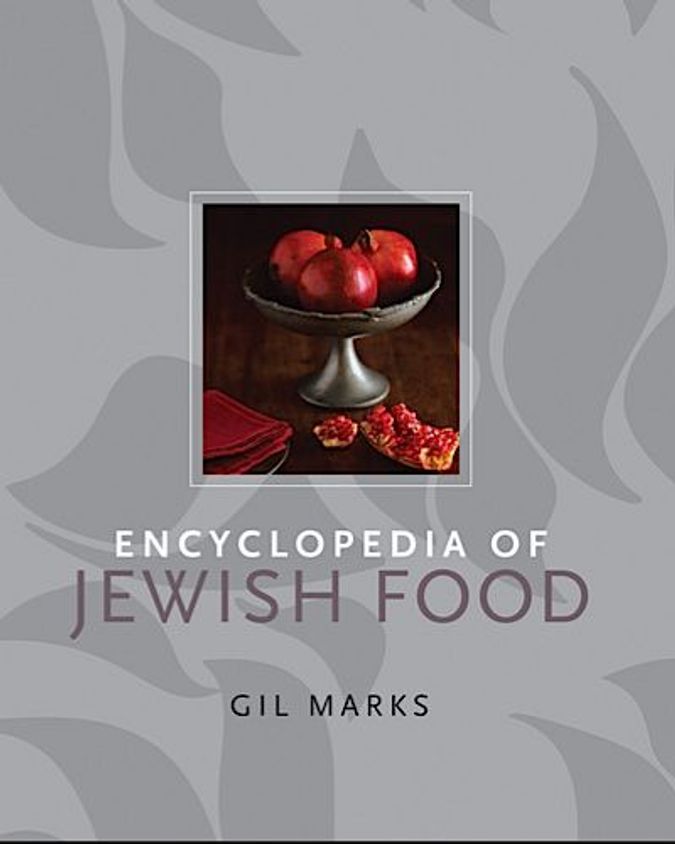 “To know a community is to know its food,” Marks writes in his introduction and by including a “Timeline of Jewish History” from 1230 BCE to 2010 CE, it is clear that he is attempting to create not just a history of Jews’ culinary preferences but a history of the Jewish people.

The book is a culmination of twenty-plus years of knowledge and is the first attempt within the American Jewish culinary community to compile a comprehensive reference guide for Jewish food like the indispensable bible of French food, the “Larousse Gastronomique,” or the English “Oxford Companion to Food.”

In a two-part interview with The Jew and the Carrot, Marks shares the origins of the encyclopedia, reveals the food that some Talmudic rabbis hated and finally settles the age-old kasha-kishka debate. Check back later this week for more.

Sarah Breger: How did the “Encyclopedia of Jewish Food” come about?

Gil Marks: I have been collecting recipes and information for over 20 years but three years ago my editor said to me ‘You’re a walking encyclopedia of food, so why don’t you do an encyclopedia?” It took three years to put everything together and go through all the misconceptions and mistakes out there about Jewish food but it resulted in over 600 entries and 300 recipes.

SB: What constitutes a Jewish food?

GM: More Jews today eat sushi and salsa than eat salt schmaltz [the traditional rendered chicken or goose fat]. But sushi and salsa are not Jewish foods whereas schmaltz is. A Jewish food is one that is almost sanctified, either by its repeated use or use within the holidays or rituals. So food that may have not been Jewish at one point can become Jewish within the cultural context.

SB: Well, I was surprised to see Chinese food not listed as a Jewish food in your Encyclopedia. It seems to be the stereotypical Jewish meal in contemporary America.

GM: Jewish dishes are not food that Jews necessarily eat or even invent. The guy who created cheese doodles is a Sephardic Jew from Brooklyn. Are cheese doodles a Jewish food? Certainly Jews eat quite a bit of Chinese food. But it’s not part of the Sabbath meal, or part of a traditional Jewish simcha, where a kugel or a bagel would be.

SB: So to use the sushi example, I see sushi served at Jewish weddings and kiddushes all the time. If this continues will sushi then become a Jewish food?

GM: Perhaps. Any kosher food can over the course of the time become Jewish. But to use the Alan Sherman and Lenny Bruce riff [that white bread is goyish, pumpernickel is Jewish, Lime Jell-O is goyish, black cherry soda is very Jewish], certain foods feel Jewish even if they were not originally. Cream cheese was not originally a Jewish food, but when it came in contact with the bagel it became a classic.

SB: But for me, as an Ashkenazi Jew, Tunisian food isn’t part of my ritual or used for sanctification of a holiday. Why should I feel connected to it?

GM: Judaism is not just a religion but a people, and the food and customs of one part of the people is connected to the other part of the people. They are part of a larger story. Over and over again in America, people say that Eastern European food is the only valid Jewish food. But there is a whole mosaic of Jewish foods across the globe, each with its heritage and history, and as a whole they can tell the story of the Jewish people.