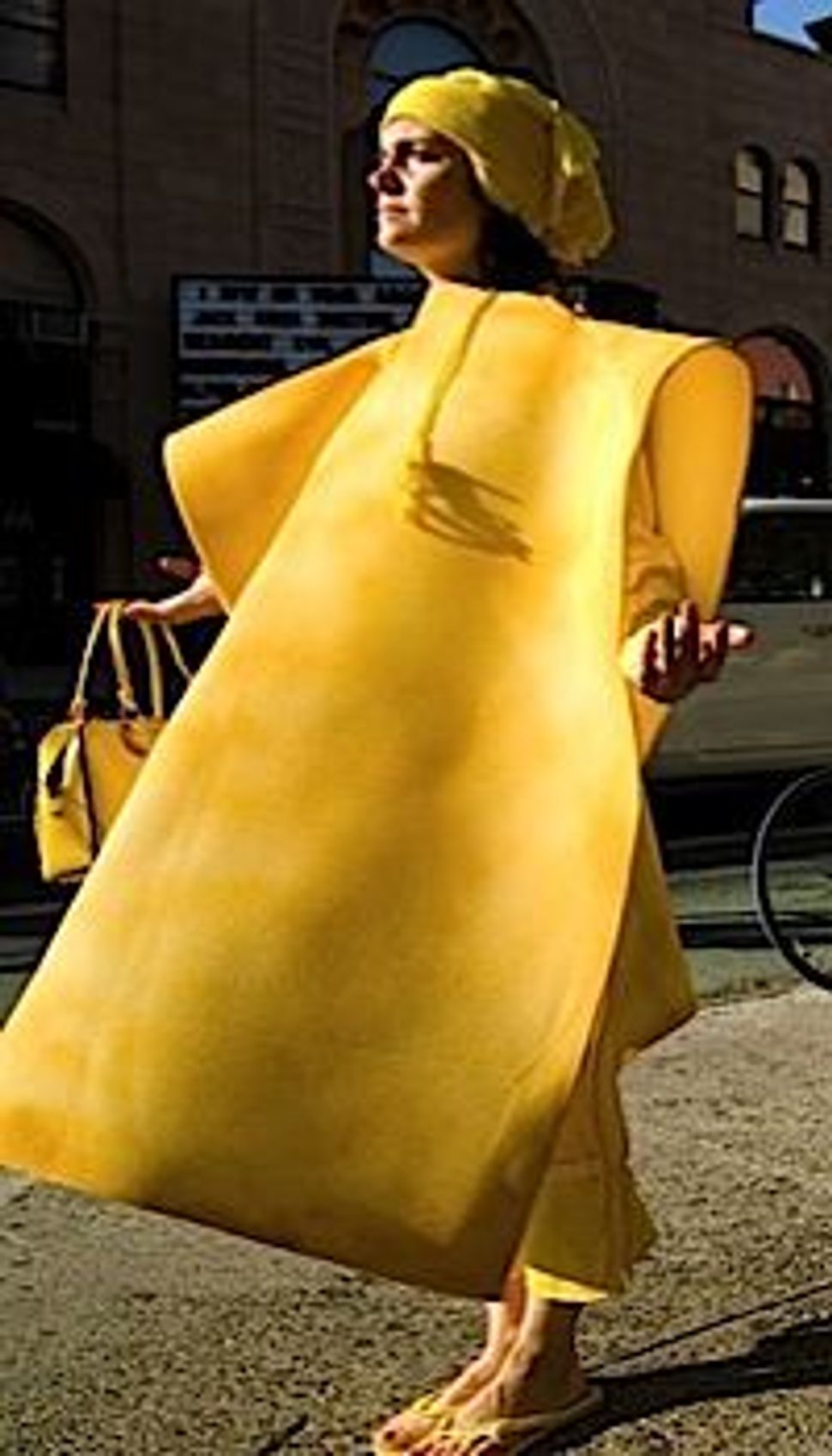 I’m dressing as a knish for Halloween. And it’s not just for kitsch value.

Not only is the yellow foam costume perfect for variable temperatures of autumn, it’s a link to those who came before and a symbol of a culinary tradition embedded in the Day of the Dead. 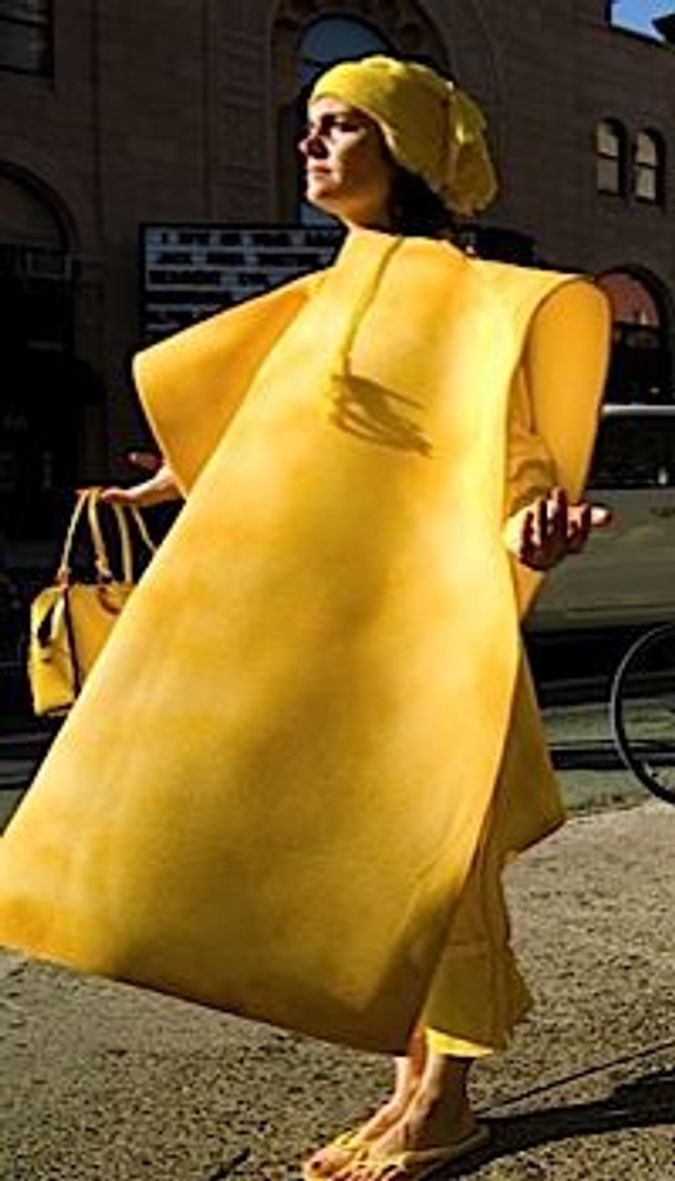 In the Big Apple, the knish conjures nostalgia for days gone by and the hunks of dough that once blanketed deli counters from the Bronx to Brooklyn. Old timers yearn for the knisheries of yore: Mrs. Stahl’s and Hirsch’s of Brighton Beach or Shatzkin’s of Coney Island.

Last year in Poland, I learned the knish is part of historic mourning traditions. Maciek Nowak, a food critic for the Warsaw daily Gazeta Wyborcza, explained that he had seen modern-day meat-filled knish-like foods served on November first. In Poland All Saint’s Day is a Catholic and a national holiday when the faithful travel great distances to place candles and flowers on the graves of loved ones. Nowak sketched a plump lump and labeled the parts, saying this doughy dish is eaten on the day. What he drew looked like a knish, and a cousin to the Mexican pan de muertos, the skull- and bone-shaped egg bread consumed on the Day of the Dead.

Polish-born Jews whom I met recalled eating homemade, hand-rolled potato knishes in their youth, for Jewish holidays. But at the Singer Festival of Jewish Culture in ¬¬¬Warsaw, attendees were encumbered with boxes of matzoh (it was September) and even pork sausage, but no knishes.

After that, I set out for Knysyzn, where my family is from. My guide pointed out the sites of disappeared synagogues and Szkolna Street, so named for the Jewish school that once stood there. On the outskirts of town, we visited an extant Jewish cemetery built on the banks of royal fish pools in the middle of the 18th century. The time-weathered Hebrew-engraved tombstones — 700 total — were hard to find in the dense undergrowth of a burgeoning forest.

Knyszyn’s historian, Henryk Stasiewicz, met us there and shared a legend about the town’s professional mourners: Women hired to cry at funerals were said to have distributed wrapped pastries called knysza (say: KNISH-a) to the grief-stricken.

New York has its own nearly eclipsed knish history. During the heyday of Yiddish theater, the stretch of Manhattan’s Second Avenue from Houston to 14th Street was dubbed Knish Alley, thanks to the dairy restaurants that lined the boulevard.

As part of the recent Conflux Festival of art, technology and place-based exploration, I staged Knish Alley Revival, a silent processional to draw attention to the hidden history of the strip. Ten people clad in golden-hued accoutrements entered the Village East Cinemas (founded as the Yiddish Art Theater in 1926) and filed past the Yiddish Walk of Fame in front of the Chase bank that used to be the 2nd Ave Deli.

If you hear about a five-foot square of yellow foam with a mustard-colored headscarf traipsing around the Lower East Side this Halloween, you’ll know it’s not a strict observance of that holiday, but more of an attempt to reconcile All Hallow’s Eve with Jewish tradition — and pay homage to the ancestors.

Laura Silver has written about long-lost menorahs, complex carbohydrates and forgotten family members for The Forward, The New York Times and National Public Radio. She is currently at work on a book about her search for the history of the knish.