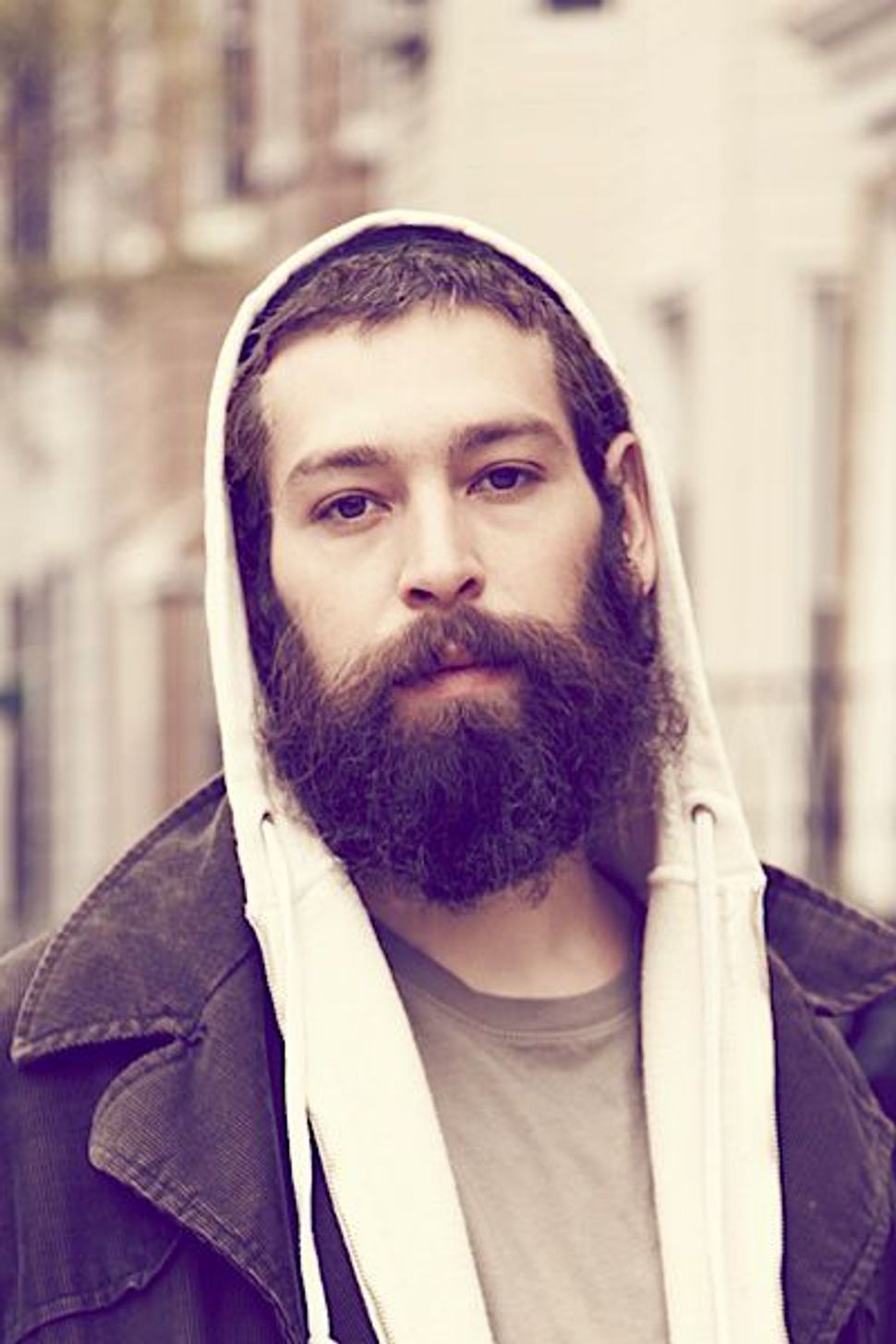 You likely know Matisyahu (born Matthew Paul Miller) as the Hasidic musician who blends classical Jewish themes with reggae sound, but what you may not know is that he’s also a loyal and strictly kosher vegan both at home and when he’s on tour. The reggae star known for such songs as the 2010 Olympic anthem “One Day” tweeted in April “[I’m] kosher plus I went vegan” in response to a fan’s tweet.

The Jew and the Carrot recently caught up with Matisyahu while on his world tour where he can be found cooking vegan cholent up to three times a week. He shared with us his must have foods, what inspired him to go vegan, and the best meal he’s ever eaten.

Miriam Krule: You’ve been on tour since July. How has keeping kosher affected what you eat while you’re on the road?

Matisyahu: Since I started touring in 2003, I’ve always kept kosher, so I don’t know any other way. But last February I became vegan and that has changed everything. Basically I typically don’t depend any more on others for my food. I have to cook myself and therefore I am much more grateful and conscious of what I am eating.

What food do you bring with you on tour?

My diet consists of quinoa, miso, almond milk, kashi cereal, flax seed oil, oatmeal, veggies, fruit, juice, veggie burgers, etc. I guess the thing I was really into on the last tour was quinoa with flax seed oil and tamari.

Do you have a standard meal or ritual before performances?

My only ritual before shows in terms of eating is not to eat for three hours before a show or else I’ll be burping in the middle of phrases on stage. That and ginger tea about 30 min before show time.

What city has had the best/worst food?

Not sure, LA and NY have vegan/kosher options, which is nice.

What’s the best meal you’ve ever had?

I was in Portland a few years ago and a friend was trying to find us a kosher restaurant, he couldn’t but walked into a vegan place and it turns out the chef was a fan. He went shopping, came and cooked on our bus and served us like a five course vegan meal in our hotel room that was unbelievable.

How often do you cook your own meals?

I’m just starting to cook so for now it’s very basic but I’ve been cooking pretty much every day. I’m a very impatient cook, I like to cook everything on high heat and clean while I cook so it’s pretty chaotic and usually comes out wrong but I’m working on it.

Earlier this year you tweeted that you’d gone vegan. What inspired that decision?

Yes, I read a book called Eating Animals [by Jonathan Safran Foer]. I recommend everyone read this book. It’s important to know what you put in your body.

Have you introduced any tour-mates to any traditional Jewish food?

Yeah, my drummer Joe is huge foodie and chef and was way into the cholent. I think he made a pretty rockin’ one a couple weeks ago.

Are you a big cholent eater? Do you have a secret ingredient?

I love cholent. I get all my proteins and it’s easy and fun to make. On tour I make it about three times a week. I put it together in the AM, let it cook all day and then eat it after my show. Secret ingredient is chipotle.

What is the most unusual thing in your kitchen?

Do you have a guilty food pleasure?

Today I had a vegan brownie sundae, yum. With sprinkles.