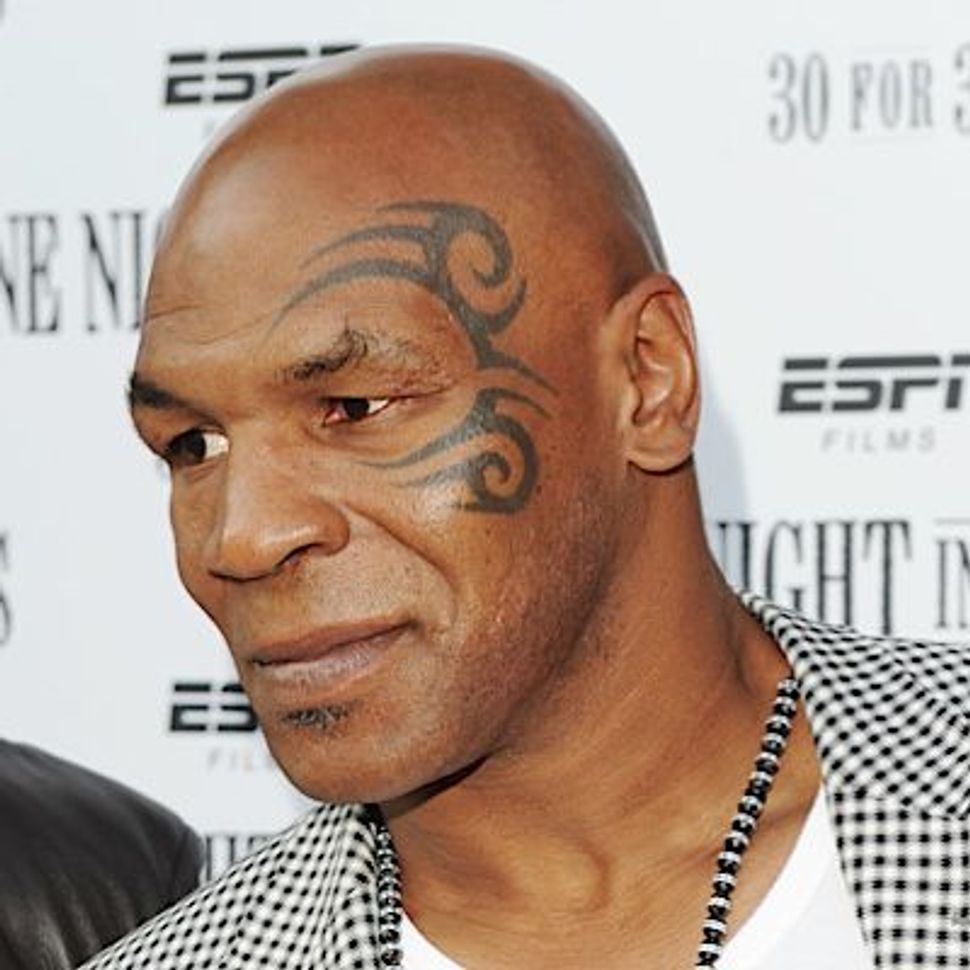 A few months after he called meat “poison” in a widely publicized Details magazine interview, Mike Tyson may put his money where his mouth is with a chain of vegan – and possibly kosher – eateries. The New York Post reports the retired, facially tattooed boxing champ is in talks with Moshe Malamud of collectible-coin hawkers The Franklin Mint to launch a high-end restaurant chain.

A representative for Solo reported that the two discussed kosher and vegan dining concepts, along with potential names, “but that nothing was finalized.” The Boston Herald cheekily asked “was ear on the menu?”

While reports on Tyson’s would-be kosher venture on news, sports, and foodie sites alike have been using “kosher” and “vegan” almost interchangeably, the latter doesn’t automatically mean the former – at least according to Chabad. “A vegan restaurant would not have a hard time getting kosher certification. However, as long as there is no such certification one should not eat there,” a posting on Chabad.org says. “It is possible for a minute quantity of animal products to be included in a vegan-certified food.”