Q&A: Janna Gur and the State of Israeli Cuisine 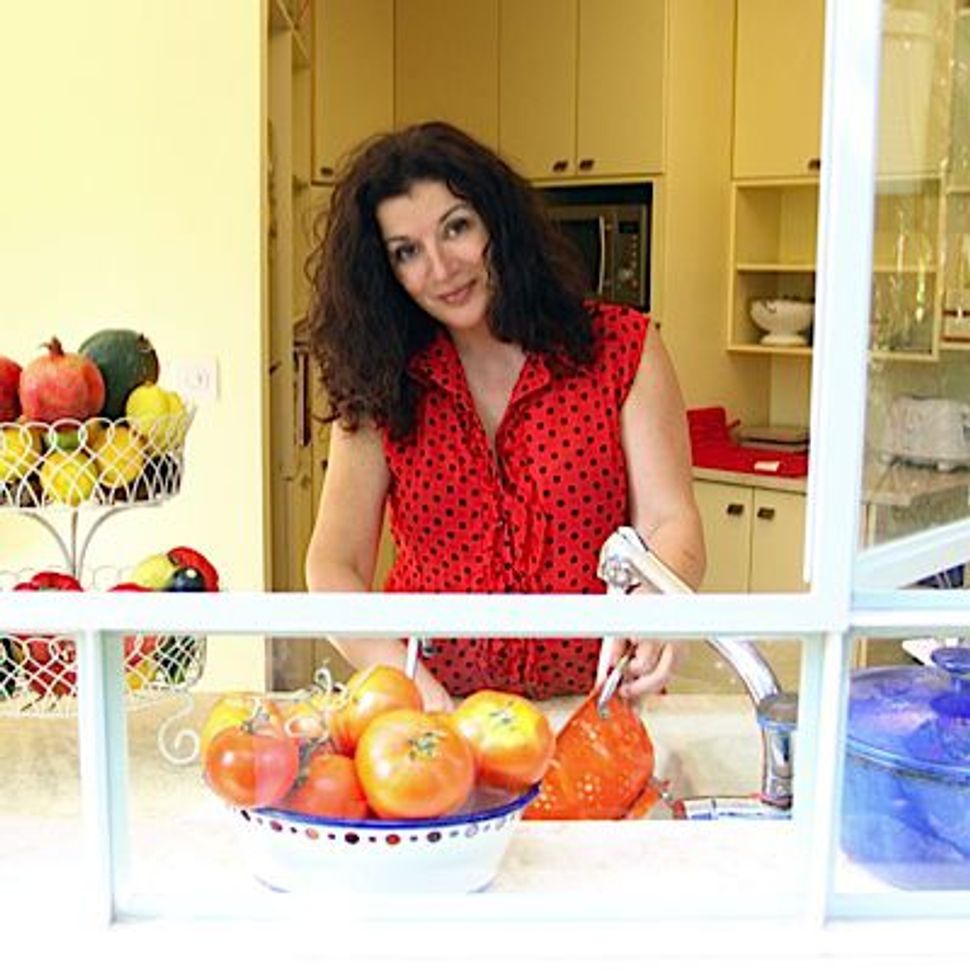 Israel, unlike many countries, is a nation made up almost exclusively of immigrant groups, each of which brought with them their own signature dishes and cooking methods. And at just 63 years old, the country is only beginning to define its cuisine.

As the editor and publisher of Al HaShulchan and author of “The Book of New Israeli Food: A Culinary Journey,” food writer Janna Gur is especially attuned to the historical trajectory, current trends, and future of Israeli cuisine. We recently sat down with Gur in her Tel Aviv office to talk about the Israeli love affair with all things fresh, how Israeli cuisine is like a dish that hasn’t been cooked yet, and what her ultimate comfort foods are.

For the first part of this interview, see last week’s post.

How would you describe Israeli cuisine?

I feel that if there is one word that will summarize the whole spirit of Israeli cooking it will be fresh. We love our ceviche, tartare, we love our fresh vegetables very lightly cooked. And I think this is what makes Israeli food so relevant because the world is moving towards flexitarianism, towards vegetarianism, and if there is one thing that we really know how to make well it’s vegetables. We do meat, but it’s not our forte.

What role does Jewish food play in Israeli cuisine?

In Judaism in general food is very important. Jews are defined by what they eat. The fact that wherever Jews lived they existed as an autonomous group was influenced by the fact that they had to have their own food system. This created a very unique culinary culture of the Jewish people. Because they settled in so many various different places their cuisines were simultaneously similar and different from that of their neighbors. They couldn’t even taste the food of their non-Jewish neighbors. Iraqi Jewish food is completely different from Iraqi Muslim food. It is much more similar to Persian food and to Indian food because they have very strong ties to the Indian Jewish community and also the Persian Jewish community.

So all of these traditions arrived in Israel and they exist here. And because people very often marry outside their communities, culinary exchange happens very naturally. So you have schnitzel but maybe spiced with some North African spice. And this makes, I believe, Israelis very culinarily advanced. Because we are on the one hand exposed to so many flavors and so many options and we have this great culture, which we always had and now it’s much more accessible. I think Israelis today are very aware of food culture. We are becoming more and more so a nation of foodies.

Have all of these culinary traditions merged to create an Israeli cuisine?

What happened in Israel over the last 10 or 15 years is that all this wealth of culinary culture, of influences, of ingredients are available, [but it’s] not enough to create a cuisine. It’s like you have the ingredients for a meal, but it’s not yet cooked. Now I think we are – if we are to compare to the process of making a dish – now we are on the stove. Israeli cuisine is in the process of being cooked. We don’t exactly know what will happen to it but we already sense that there are certain dishes that I like to say speak Hebrew.

Where is Israeli cuisine headed?

It seems that maybe there is a second stage of this evolution of Israeli food, or revolution. There is a start – a very modest one – of regional cuisine. And it’s very funny to talk about regional cuisine in a country so tiny but it’s very long. You drive through the Galilee and it’s about a 30 minute drive but you go from a cool climate to almost tropical with bananas and dates and stuff and there you can grow berries. Then you go further down and you have olives and citrus, then you keep going down and you have the desert, which is becoming another exciting place for culture. But also even the local population, the Arabic population, there are two very distinct cultures of the Bedoins in the desert or the farmers in the North. And they cook differently because farmers work with vegetables, with grains, with wheat, while nomads have more meat and more dairy.

There is certain regional flavor and it will be very interesting to see how it unfolds. I’m not sure if it will even happen and that’s part of what I just said. It’s on the stove, it’s being cooked, we don’t know where it will go. We have our educated guesses, but who knows, maybe there will be a huge wave of immigration and it will bring an influx of another culinary culture to Israel. It’s a country that was created 62 years ago. When it was founded I think we had maybe half a million population and then within 10 years over one and a half million immigrants arrived. And they were from all different countries and they completely changed the topography of Israel, the culture of Israel, everything.

Last question: what is your favorite comfort food to eat?

Sushi and pasta. And hummus.

Q&A: Janna Gur and the State of Israeli Cuisine