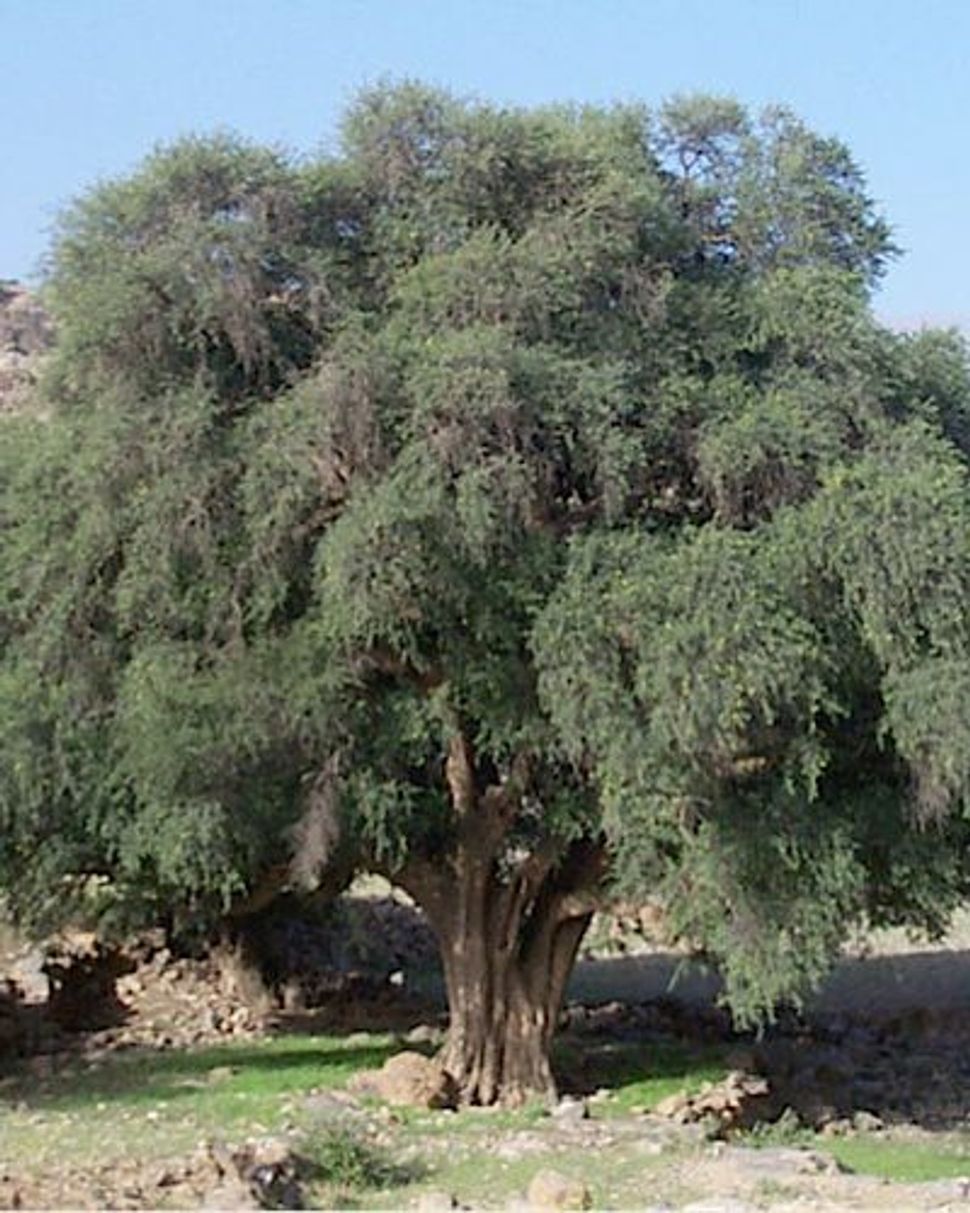 Typically we celebrate the miracle of Hanukkah’s burning oil with vegetable or canola oil used for frying latkes and sufganiyot but there are other oils with stronger flavors worth exploring in non-fried treats in the spirit of the holiday. Argan nuts, which produce a very rich oil with the flavor of roasted almond, sesame and walnut, are indigenous to Morocco and widely used in the country’s cuisine. Though in recent years — after some experimentation at Kibbutz Ketura — argan trees now also growing in Israel’s desert. 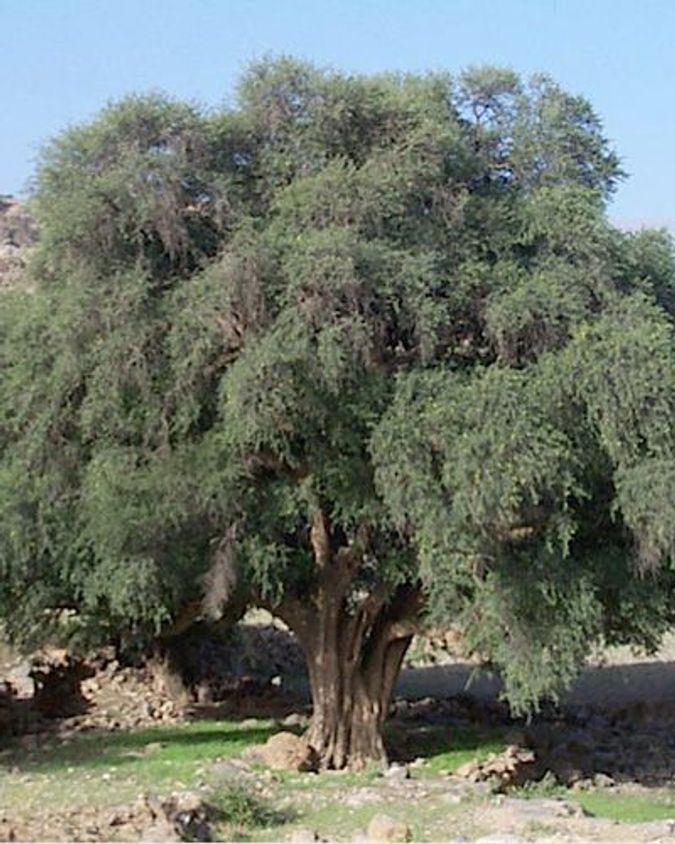 I first discovered argan oil about eight years ago in London in the Borough Market where I met Ruth Gurdjieff. She had helped start a collective of Berber women in Morocco who might otherwise have no income; they were hired to do the difficult work of extracting the argan nuts from their shells. Gurdjieff was trying to spread the word about this miraculous oil, that not only tastes delicious but is also rich in antioxidants and vitamin E — and is as useful in cooking as it is in cosmetics. I left her stall with a jar of amlou, a wonderful almond, honey and argan oil nut butter, a bottle of oil to drizzle on vegetables, and another — of the same oil (but made with unroasted nuts) to use as a skin moisturizer or hair treatment. (You can sample Josie Maran argan oil cosmetics at Sephora.)

Orly and Yoni Sharir, one of Negev Nectars’ suppliers have been growing argan trees in the Negev Desert for about five years.

“The Argan trees grow well in the desert, hence their ubiquity in Morocco. This is a clear example of Israelis learning from their North African neighbors,” said Negev Nectars’ Jeffrey Yoskowitz. Because the shells that house the nuts are so hard, it’s very expensive to crack the nuts to produce the oil. But Yoni is working on a new device to crack multiple argan nuts at one time, according to Yoskowitz. Hopefully, the Sharirs will have a breakthrough that will make this amazing oil more affordable. In the meantime, you can buy it online at Amazon.

While argan oil probably won’t burn for eight days instead of one, it will add complex nutty flavor and nutritional value to your cooking. Sprinkle it over couscous or arugula salad or try this recipe – it’s nutty, a little sweet, and savory with notes of licorice.

Roasted Carrots and Parsnips with Tarragon and Argan Oil

1) Peel the carrots and parsnips and then cut them into thin strips.

2) Sprinkle with olive oil and roast until slightly brown and tender.

4) Add olives to carrots and parsnips and toss with dressing.