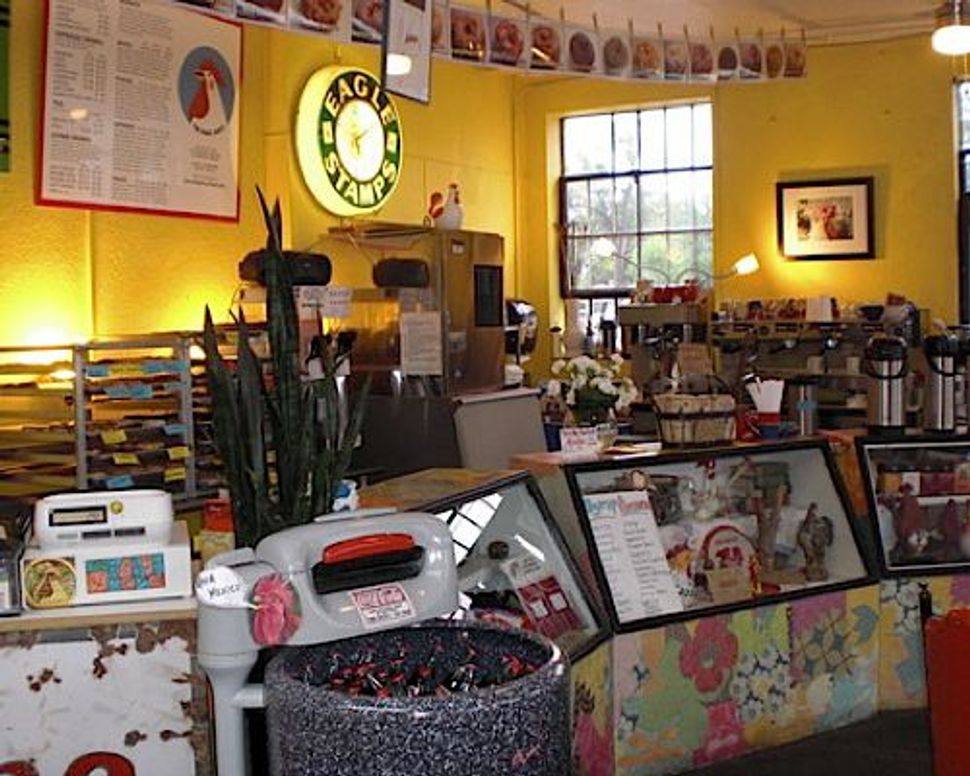 Each night of Hanukkah, donut blogger and connoisseur Temim Fruchter shares with us one of America’s best donuts to devour during the holiday. In case you missed yesterday’s New York City donuttery Bombolini read the post here and check back each day for a different city’s top donut.

What is blissfully Technicolor, rooster-themed and open 24 hours a day? The Donut Whole, in none other than Wichita, KS. No sooner had I walked in than this became one of my favorite donut shops in the country. The shop is a cheerful alcove of vintage jukeboxes and decor, bright colors and serves one of the largest varieties of flavorful cake donuts I’ve ever experienced. While you wait in line, you can explore the shop’s impressive-if-wacky fake rooster collection and watch as the person behind the counter navigates one of the dozen or so impressively stacked donut trays for your flavor of choice. I like my donuts lighthearted – try the Triple Chocolate Fluffernutter (peanut butter and marshmallow), the King Midas (vanilla, salted peanuts and Lyle’s golden syrup) and the PB&G (peanut butter and grape) – and love a donut place that serves up some vegan options, too! And of course, much like meal + wine pairings, some of us take our donut & caffeine quite seriously. Ordering a “large coffee” at the Donut Whole yielded me one of the biggest, strongest vats of coffee I’ve ever consumed alongside a Homer J (mixed berries and sprinkles) in my entire life. And I didn’t regret if for a second.

Hanukkah relevance: One of the best donut places to both have a holiday-appropriate snack and to burn the midnight oil, as it were. Plus, the décor matches your Hanukkah candles, I guarantee it.