The Donut Diaries – Eighth Night and a Recap 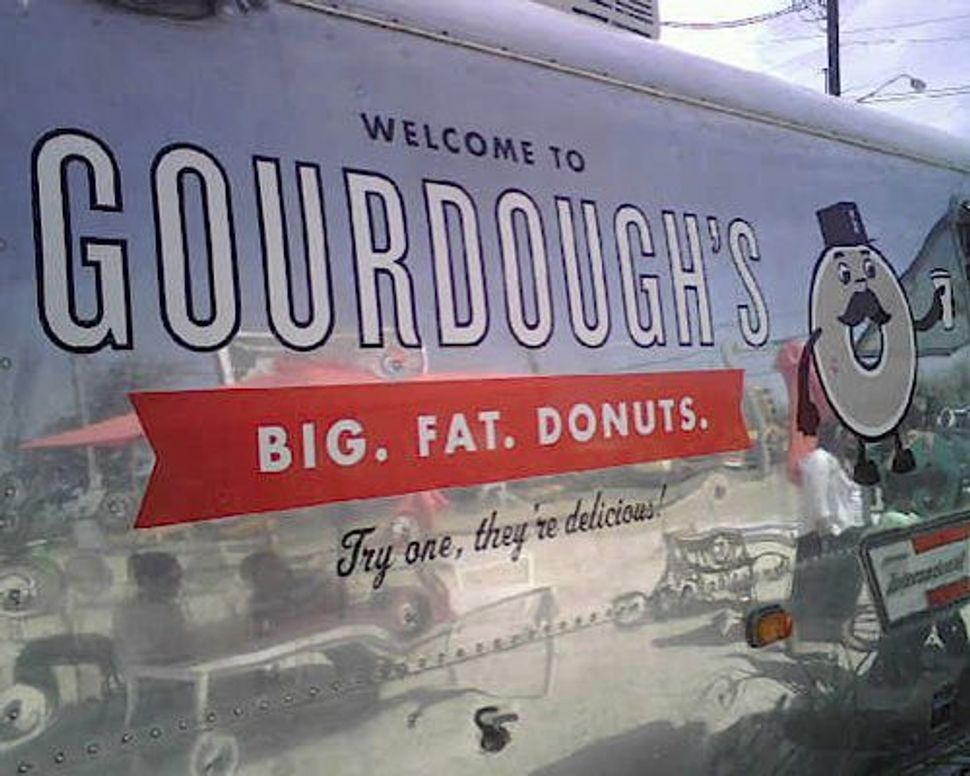 Throughout Hanukkah donut aficionado Temim Fruchter has shared with us the best donuts from coast to coast to devour during the holiday. In case you missed any of the first seven nights, here’s a recap:

And (finally) the Eight Night…

Located in a shiny silver food cart in Austin, Gordough’s makes donut consumption feel downright classy. Their donuts are cloud-like and enormous, substantial and satisfying. When you order, you are asked to craft the yeast donut of your wildest dreams – do you want a fried chicken strip on that? with honey butter? Perhaps some habanero pepper jelly? Yellow cake batter filling or grilled bananas? All of the above. Then, it is handed to you, piping hot and freshly-decorated, in a paper sleeve. Five-star donut fare over the cozy-cart-counter in the blink of an eye.

Hanukkah relevance: They have a donut called the ‘slow burn.’ Does that count?

The Donut Diaries – Eighth Night and a Recap