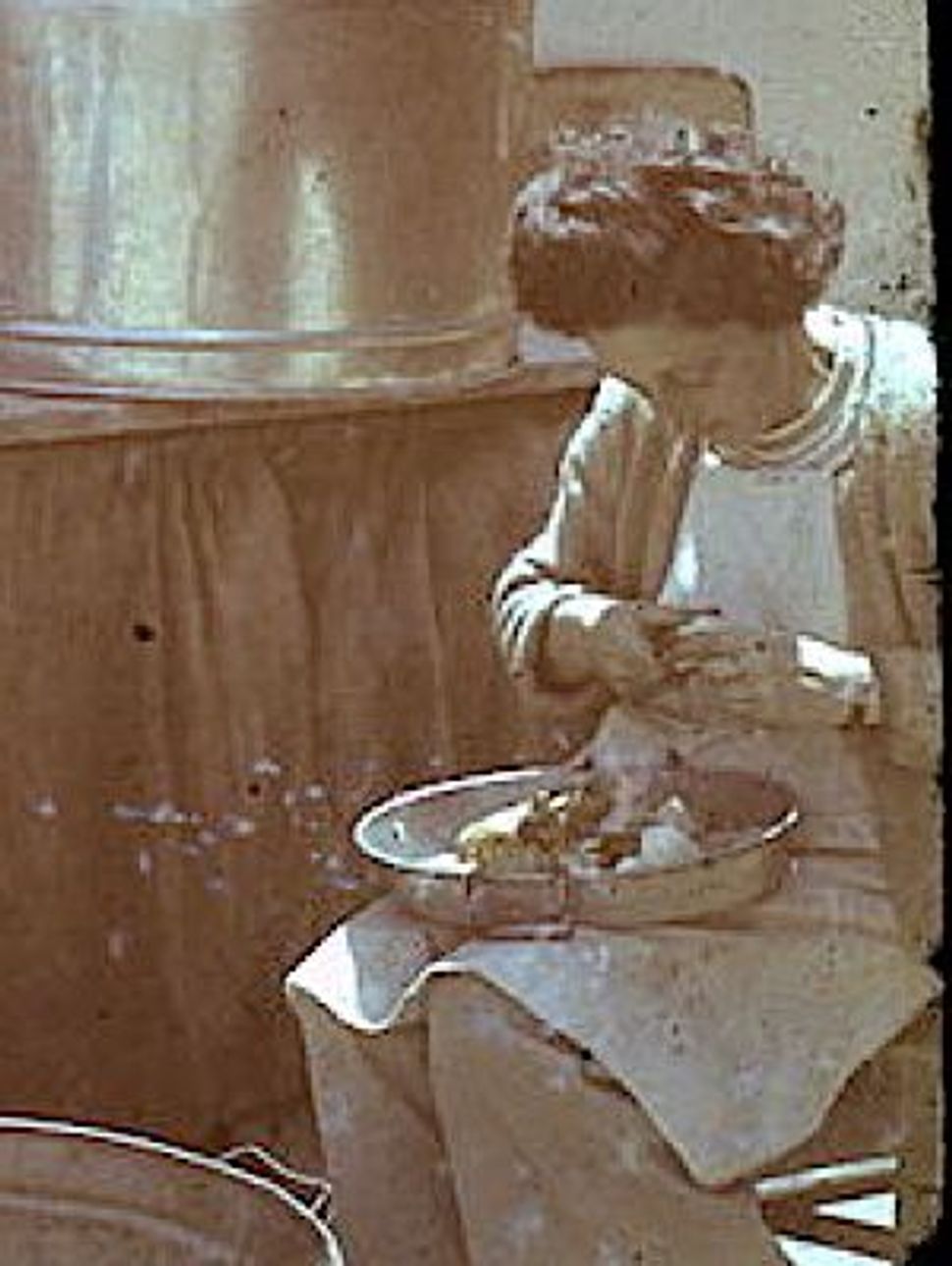 Recipes can be like a blind date: the ingredients sound intriguing, expectations run high but the finished product is not always as advertised. If the date doesn’t pan out, it’s one evening. But when a recipe that dirties a big pot has the nerve to fall flat?

This deserves the Yiddish thumbs-down “doss hot mayn bobes tam” (“It tastes like my grandmother used to make it”).

Sounds like a back-handed compliment, but cooks of a certain age recognize the expression as swift criticism of food short on taste or flavor.

“My mother and her sisters used that expression all the time, mostly to describe anyone else’s food but their own,” says California food writer and cookbook author Judy Bart Kancigor. “My aunt Sally once used it on my mother (blame a reheated, pre-roasted turkey) and to the day she died she never forgot it.”

It might not be the ultimate culinary put-down. But if one uses Yiddish in the kitchen like a carrier pigeon, flying between old world and new, nothing says ‘lousy’ quite like bobes tam.

Thankfully, it’s not needed often. But when a new soup disappointed recently, the stock and spices fighting each other to a bland draw, bobes tam was out of my mouth before the first spoonful.

With apologies to a beloved bobe long gone, I wondered: how did batampt (tasty) cooks like our grandmothers become associated with an unflattering culinary reference?

Yiddish is replete with idioms about what it’s like to get old, notes Michael Wex, author of “Born to Kvetch: Yiddish Language and Culture in All Its Moods. Food with a bobes tam suggests “something past its peak and not fresh.”

But he goes on to say: “In terms of comparison, it’s not with bobes cooking but with her.” Because while Yiddish phrases respect the wisdom of old age, they “don’t ignore (its) physical realities,” says Wex, who is teaching a course in Yiddish slang at the Klez Camp in New York State later this month.

Still, the origins of the phrase are a mystery.

Here, this woman’s terrain covers weddings to worries; ‘hobn der bobes tam’ is in the company of other sayings under the heading for ‘shlekhter geshmack’ or ‘bad taste’, some palate-related, others referring to the outmoded.

Indeed, Anna Fishman Gonshor, a faculty lecturer at McGill University’s Department of Jewish Studies, recalls hearing how an unfashionable or poorly put-together outfit would be appraised as having a bobes tam.

Actually, the first time I heard food being upbraided this way, it was from the cook herself, my grandmother, whose wonderful recipes were in her head. On one of the few occasions she strayed out of this territory, the resulting dry sponge cake earned a quick bobe’s tam.

No matter. Was there ever a sponge cake that a dunk in a little plum brandy couldn’t rescue?