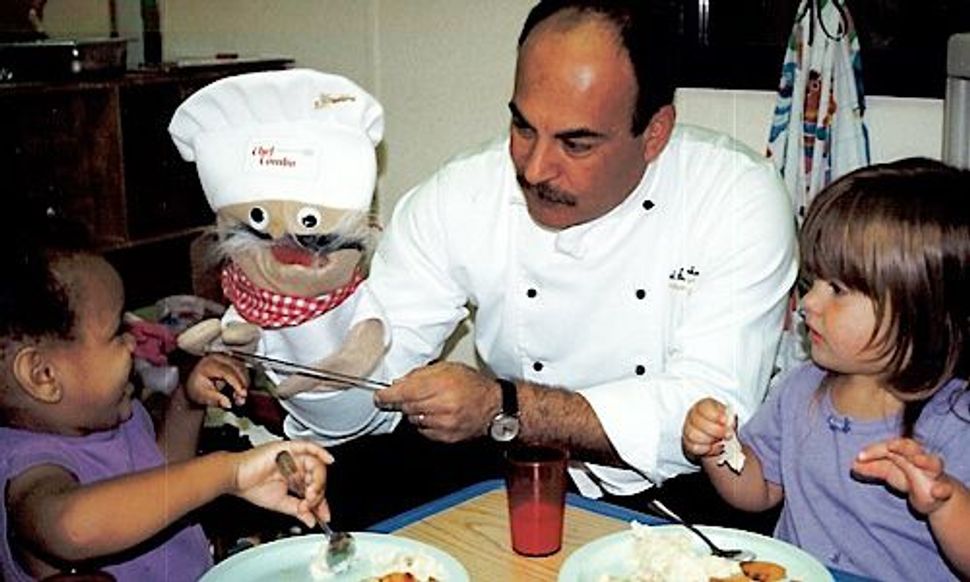 While many kicked off 2011 resolving to eat less, that isn’t a choice for 17.4 million Americans. 14.7% of households nationwide don’t know where there next meal is coming from, according to U.S. Department of Agriculture statistics.

Worldwide, 925 million people – one out of every seven, or 14% – are undernourished, according to the United Nations’ World Food Programme. And in Israel 1.1 million people, or 22% of the population, are food insecure.

Few organizations understand these chilling statistics as well as MAZON: A Jewish Response to Hunger. MAZON, which means “food” in Hebrew, has been working 25 years to end hunger in the United States and abroad.

The organization’s founding by Leonard Fein (a Forward columnist) began with a simple question: “Wouldn’t it be wonderful if Jews who can enjoy these wonderful simchas, these bar and bat mitzvahs and weddings, gave a small percentage of what they spend on these affairs to feed people who are hungry?” explains Barbara Bergen, MAZON’s acting president.

MAZON asks Jews to donate 3% of the funds spent celebrating life-cycle events toward combating hunger. It also offers other suggestions: in lieu of gifts, ask guests to donate what they would have spent or replace elaborate flower arrangements with a donation.

More than $50 million has been collected since its founding. MAZON distributes the funds as grants to carefully selected organizations fighting hunger in America, Israel and internationally. Grant recipients are required to advocate for the hungry, even if it is just by attending a local city council meeting or writing letters to legislators.

The 300 recipients of 2010 grants ranged from large national organizations such as the Congressional Hunger Center and the Alliance to End Hunger to local and regional food banks, pantries, kitchens, sustainable urban agriculture programs, and justice and law centers.

Though not everything is solved by actual food. “We often say you can’t food bank your way to the end of hunger,” says Bergen. “While it’s wonderful that people generously bring nonperishable foods to their synagogues, churches and community centers, unless we do something to change the paradigm – to create real system change – it’s just a never-ending battle. And it shouldn’t be.”

In efforts to address the roots causes of hunger, MAZON works with its grant recipients on advocacy efforts, and shares information on trends and ways to work more effectively. The organization also works on several education campaigns. Part of that process, Bergen noted, is showing people that a little money makes huge differences. She pointed to the recently enacted Healthy, Hunger-Free Kids Act, which will provide $4.5 billion over 10 years to improve access to school lunches and breakfasts, among other things. A relatively small investment in the nation’s budget, it will impact children’s ability to learn – and eventually to provide for their own families, she said.

“Having 49 million food-insecure people in this country is not good for any of us.”

“I think MAZON’s proudest achievement has been galvanizing the Jewish community to recognize that hunger is an issue that can be addressed by the faith community as well as by the government and individuals. We have a database of 1,800 synagogues and 100,000 donors. Despite the fact that there’s a lot of work to be done, they are not going to go away. They are going to be with us in fighting this awful scandal of hunger.”

Jeannette M. Hartman is an independent health and food writer. She is fascinated by the role that food plays in good health and the complex social, spiritual, environmental and economic issues involved in the act of sitting down to a meal.