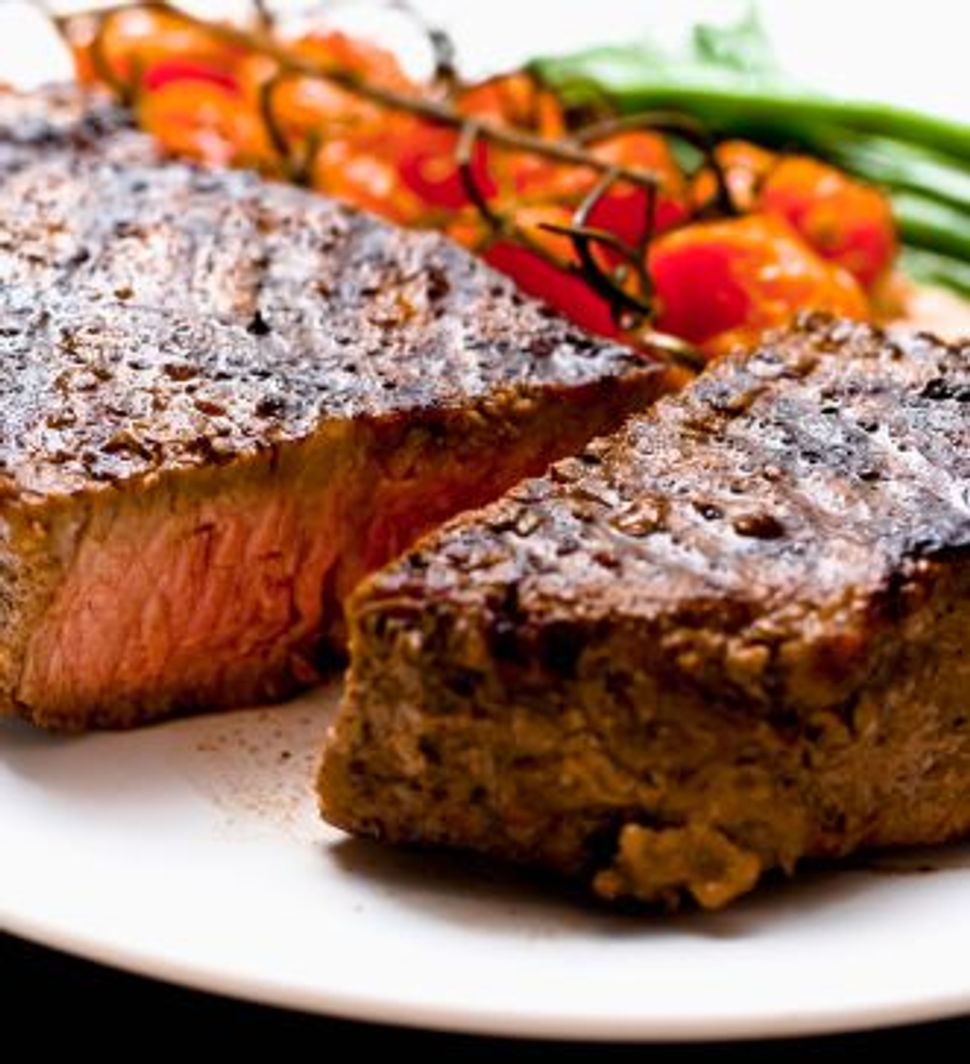 Buenos Aires, best known as the Paris of South America for its vibrant culture and architecture, has become a major tourism destination. And there’s plenty of interest for the Jewish tourist. Argentina has one of the largest Jewish communities in the world, and the largest in Latin America, with estimates ranging from 175,000 to 250,000. The neighborhoods of Once and Abasto, in the heart of the city, are full of synagogues and are the main area for kosher grocers, butchers and restaurants as well as Judaica and Hebrew book stores, largely clustered on Calle Tucuman. In years past, the neighborhood contained a mix of Ashkenazi, Sephardic and Mizrahi Jews, but today, Sephardic and Mizrahi Jews remain the most visible. Many Ahskenazis have assimilated, spreading into the suburbs.

Cuisine wise, Argentina is best known for beef, the staple of virtually every meal. Kosher cuisine here is no different, and visitors used to dry kosher meat will be happy to find juicy, tender steaks in Buenos Aires. Yosef Chamen, of the kosher butcher shop Carniceria Artesanal Kasher (Viamonte 2743 at Boulogne-Sur-Mer; +54/11-4962-5643) says, “it’s because we use smaller, younger cows, not the big ones like you have in the United States that makes our meat always tender.” And kosher food has a following throughout the city, even among non-observant Jews and non-Jews alike, according to Isaac Laniado, owner of the Kosher Pizza Man (Tucuman 3110 at Anchorena; +54/11-4861-7290). “People believe that kosher is a healthier way of eating, and it is true,” he says. So whether you’re a frum or just a curious visitor, there are plenty of reasons to try Buenos Aires’s kosher offerings.

Best Kosher Meal: Run by the Levy family, who moved from Damascus 60 years ago, Sucath David serves traditional Argentine food with Middle Eastern touches. Have the brisket in a garlicy tomato sauce or a thick pastrami, served as a slab on a plate, not sliced like in a deli. Grilled steaks are served deliciously pink, tender and juicy. Try the appetizer plate of hummus, tabouli made with a tangy tomato sauce, black and green olives, baba ganoush and pickled cabbage served with toasted pita bread. The servings are generous, and they have kosher Malbec from the San Juan vintner Tariag 613, made from grapes basking in the shadow of the Argentine Andes.

Best Underground Foodie Experience: For a few years, puertas cerradas, or closed door restaurants, have been the rage in Buenos Aires. Chefs invite you into their home, and it’s a little like a group blind date with you and who ever has come for a meal, usually in the range of 12-25 people. American Dan Perlman runs one of the city’s favorite, Casa Salt Shaker. But don’t come expecting kosher. Dan isn’t afraid to use bacon or shellfish in his exquisite creations. He adds though, “99% of the time I can handle pretty much any special dietary requests if made in advance — vegetarian, gluten free, various allergies, what I call quasi-kosher, generally a request for no pork or shellfish. We also offer a vegetarian or vegan menu one night a month.”

Best Vegetarian Meal: Argentina is famous for steaks, but that doesn’t mean you won’t find vegetarian offerings. Head to the chic Palermo Viejo neighborhood to Bio, where all the food is organic and strictly Argentine produced. Overseen by the owner Claudia Carrara, Bio has an airy spring green interior, and is a favorite of fashionable women of Buenos Aires. They make their “meat” from wheat marinated to add extra flavor and use it for an exciting variation on a veggie burger. For a more sophisticated dish, try their delicious risotto made from quinoa. And to top it off, they have a small organic grocery store on the premises so you can get healthy snacks for your hotel room.

Best Café: Buenos Aires, like it’s European twin, has an incredibly rich café culture. Café Tortoni is the city’s most famous café, a place where literary stars like Jorge Luis Borges once lingered. Beyond the history, it’s simply a gorgeous site, with honey colored marble, stained glass, bronze lighting and elegant columns, where bow-tied waiters whisk around taking your order.

Best Foodie Site: If you want to fill up on a variety of fresh fruits, vegetables, meats, and food of every kind, head to Jumbo in Palermo. It’s a giant big box grocery store, and a favorite haunt of ex-pats looking for the best local and imported foods for cooking at home.

Best Bagel: Tribeca Bagels promises New York style bagels in Argentina, and they deliver, literally. There’s a minimum amount you have to order, and with 24 hours notice, but that just means you’ll savor them all the more.