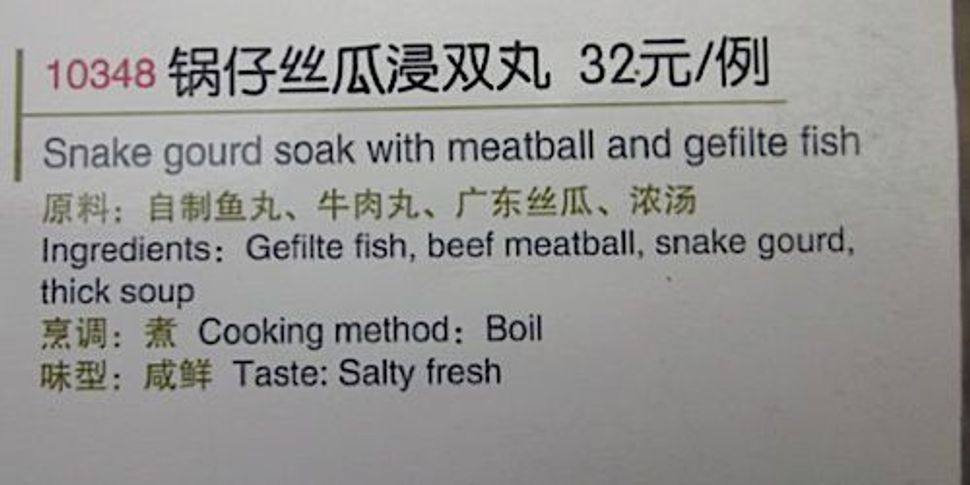 A restaurant menu in Beijin includes gefilte fish in their snake gourd soup. Hat tip to Forward contributor Jordana Horn who snapped the photo on a recent trip. Image by Jordana Horn

As ex-Hasid Joshie Berger tried his first bite of treyf and learned to cook with the other culinarily-challenged participants on the “Worst Cooks in America,” he heralded a change in food television, Jeffrey Yoskowitz writes at the Atlantic.

We’ve heard of food inspiring poetry, but these are definitely the first Pastrami Haikus we have ever read. Courtesy of Serious Eats.

Artisanal, the delicious cheese company, store and restaurant in New York, is launching a line of kosher cheese in time for Passover. Help them name the new cheeses in their Contest.

“You know the five-second rule for dropped food? Is it really safe if you pick it up in time?” The New York Times answers this age-old dilemma.

Kosher.com shares how to make your own kosher candy at home, including raspberry lemonade marshmallows.