What’s Inside? ‘Hidden Foods’ for Purim 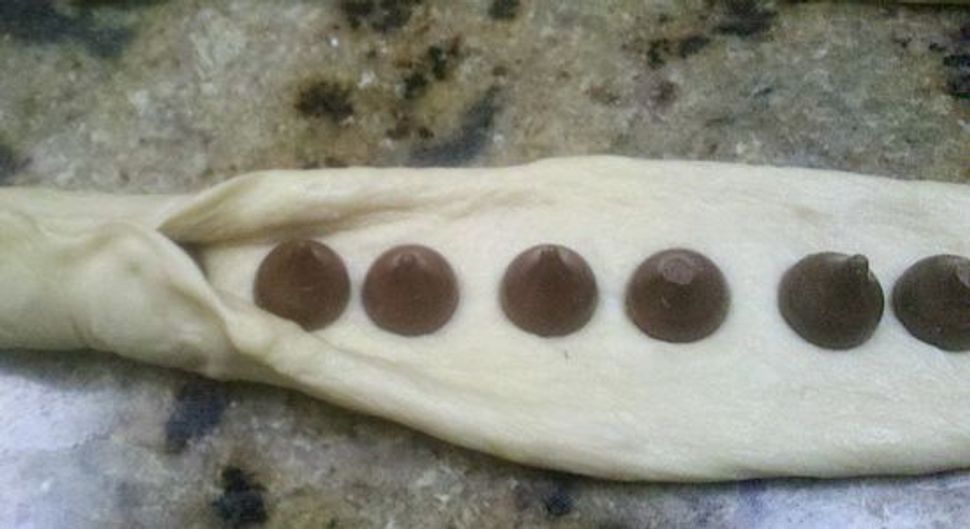 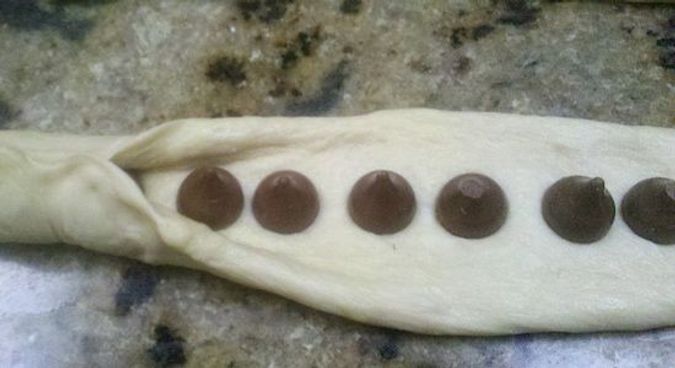 How and when this tradition developed is shrouded in mystery, as the evidence was eaten and not recorded, but recipes passed through the generations and diverse communities, with very different culinary traditions, all found hidden foods tucked into their Purim menus. Persian Jews who laid special claim to the holiday — given that the story of Purim story is set in ancient Persia — have a tradition of eating gondi a meatball with the surprising filling of raisins and nuts, in a sweet and sour sauce. From the Greek Island of Rhodes there is a custom of sticky honey cookies called travadicos which are filled with nuts. The Jewish community of Italy added spinach ravioli and manicotti to the mix. The legacy of Eastern Europe takes shape with kreplach, delicate dumplings filled with meat and challahs stuffed with onions and poppy seeds.

Even the Hamantashen can be seen getting in on the action. There are many stories told about how this three cornered confection came to be associated with this holiday. According to some, they are a reminder of Haman’s three cornered hat which we consume to recall our victory. In other tellings they are the villain’s pockets. The Israeli name for the cookie, ozen haman, literally means Haman’s ears, the eating of which makes us cookie cannibals. Historically, they draw their origins from the mohntaschen — literally poppy seed pockets — which are popular confections in places like Bavaria where they are eaten year round. Often overlooked — but not without deep meaning — is the hamantaschen’s virtue as a “hidden food.” Though some bakers leave the center open with bits of filling teasing through, it can look quite bland from the outside, but bite in and one is pleasantly surprised.

Breaking open these foods with our forks reveals not only surprising centers but also reminders of the ways in which foods themselves are commentaries on Jewish text and lore. Purim seems on the surface the simplest of Jewish celebrations. The story is at once tragic and almost farcical and we are encouraged to make merry and drink beyond our means. But first looks can be deceiving. The Purim story also speaks to power and powerlessness, to the challenges and possibilities of multiple identities. We celebrate the victory of the Jews over the evil forces but understand that getting drunk on power may lead to a place where we do not ourselves know the difference between good and evil. These traditional foods help us literally internalize the message that what we see on the surface might not be what is later revealed.

So what am I serving this year? Not surprisingly, there will be plenty of hidden foods. I’m filling challahs with sweet candies — it is a simple trick to fill each braid strand with sweets. I like rollos but anything a bit melty will do. I’m also going to make some Iraqi stuffed savory pastries which I’ve adapted from one of the best authorities on Sephardi food, Gilda Angel. (recipe below)

Angel, in the essential “Sephardic Holiday Cooking,” reminds us that the story of Purim is set in Persia and presents a whole menu of Persian foods suitable for the holiday. The Gondi and Stuffed Meatballs in Sweet and Sour Sauce are my choice this year for a special hidden food. Angel herself may be surprised by my adaptation, mixing the ground meats and adding a little extra wheat germ in the process. The results are delicious even as they are a little surprising.

The recipe is an adaptation of Gilda Angel’s Sambuska B’tawah recipe.

2) Sauté onions and peppers in ¼ cup oil. Add tumeric, cumin, salt pepper, and garlic. When translucent and softened add chicken or tofu and heat for 3-5 minutes. Stir in chickpeas and eggs. Cook and stir for several more minutes until the mixture is dry and a deep yellow. Mix in lemon juice. Set aside.

3) To prepare dough, combine flour, water, salt and 1/3 cup oil. Knead dough until smooth. Let it rest for half an hour. Pinch off walnut size balls of dough. Flatten and roll out into thin round disks. Put a spoonful of filling into center of each disk and fold over. Pinch around the edges. Continue until all the dough is made into turnovers.

4) In large skillet, pour oil to a depth of ½ inch and heat. When hot, fry several Sambusaks at a time, until golden brown on both sides. Remove and drain on paper bags. Fry remaining Sambusaks adding oil when necessary.

Note may be made in advance and frozen uncooked.

What’s Inside? ‘Hidden Foods’ for Purim